The folks over at Z Grills reached out a while back and asked if I would like to try their new open flame grill, the Z Grills 600D3E. I am always up for testing out new grills and since this one looked really interesting, told them to send it over! 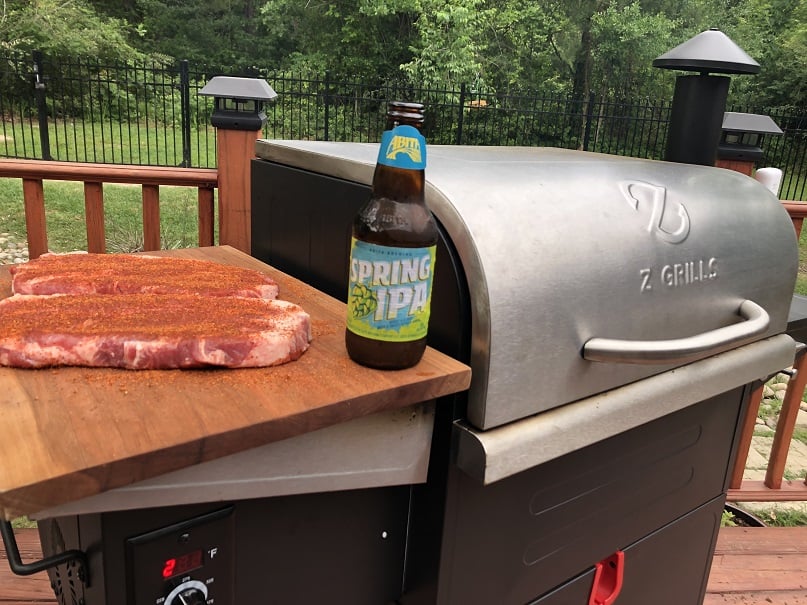 I have had fun breaking this grill in and wanted to share my thoughts on it in this review.

The TL;DR version is that I like the ZGrills 600D3E but I prefer the Z Grills 10002E that I have been using for the past year.

The 600 Series grills get their name from the fact that they have about 600 square inches of cooking area distributed across a dual tiered grate system. 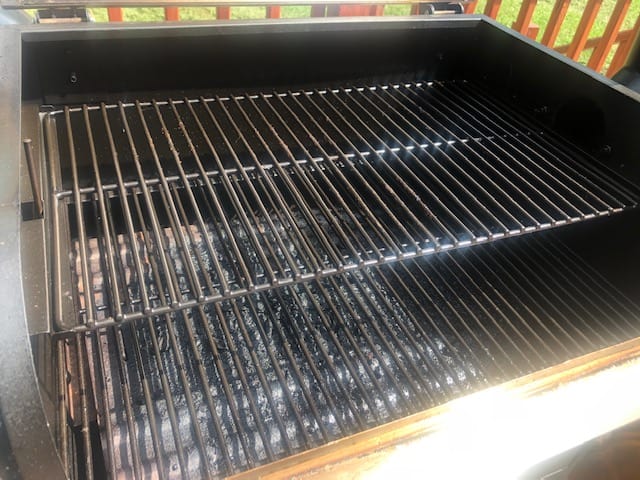 This makes the 600 Series grills smaller than my 700 Series and 1000 Series but they do have enough space to handle a whole packer brisket or a couple of pork butts.

Things I Love About the Z Grills 600D3E

The features that I really enjoy about the new grill include:

Z Grills started putting PID controllers on select grill models in 2021 and they are a nice upgrade as they offer more precise temperature control.

It is interesting to listen to the PID controller work as it changes both the rate of pellet addition as well as the speed of the blower fan.  These grills will rapidly raise the temperature until they are close to the set point and then slowly adjust until the target is reached.  This is in contrast with the older style controller which quickly overshoots the target temperature and then slowly cools off to the desired set point. 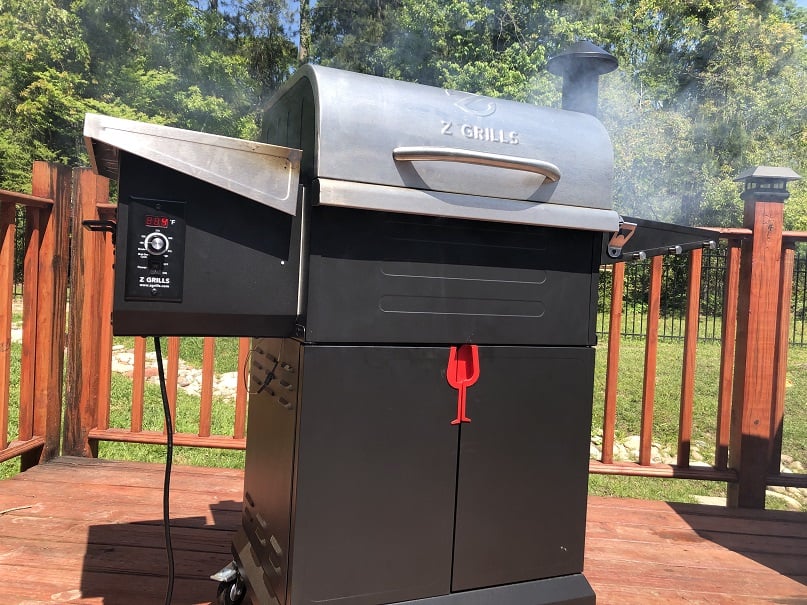 Z Grills always prices their grills at about half the cost of a Traeger and it makes me happy to see the low price on this model.  I don’t want to give an exact price as Z Grills is super aggressive in pricing and are always having sales, special deals, etc.  That being said, you should be able to purchase on these for less than $500.

While this grill has an upgraded PID controller is is still just as easy to use as the other Z Grills I own.

Here is a video I made using the 600 Series to smoke a chuck roast that lets you see how easy the grill is to use.

I have also written a few recipe that featured this grill including:

The grease collection pail for the 600 Series is located underneath the grill in the enclosed lower cabinet.

I love the location of the pail as it prevents me from accidently knocking it off when I am taking off he cover and spilling grease all over my deck.

The biggest design change for these grills is the ability to do open flame grilling.  There is something about cooking directly over a live fire that makes me happy!

To enable the new flame grilling feature Z Grills changed the design of the firepot.  The new firepot is a tray that is fed pellets from a raised protected auger.  This design allows more and larger flames without the possibility of the flames catching the pellets inside the auger on fire and suffering a burn back into the pellet hopper. 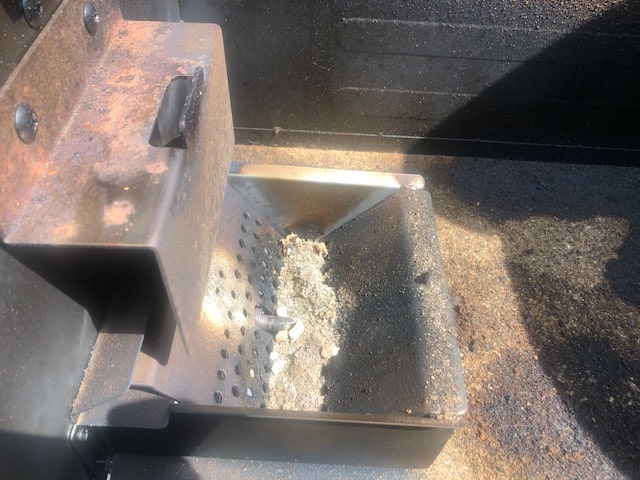 There is a heat shield on the grease tray that can be rotated open which allows whatever you are cooking to have direct flame access.  The shield can be rotated into the closed position when you want to do “Low and Slow” smoking. 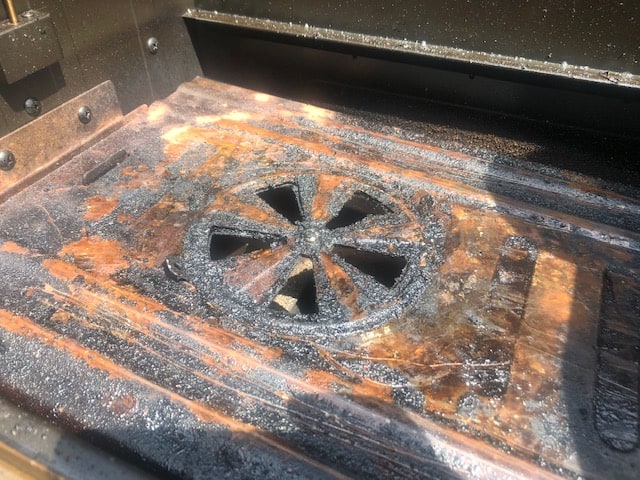 My Video Review of the Open Flame Z Grills 600D3E

I put together a video review of this grill that shows the primary features.  The video shows the Open Flame system in action so you can get an idea of how much searing power is available.

Things That Could Be Improved on the Z Grills 600

The 600 Series is a fun grill but there are some things that could be improved upon.  These items are:

I love that this grill has Open Flame grilling capability but I wish there was more searing power available.

When I want to do some serious searing on a Z Grill I typically remove the grease tray and use a set of GrillGrate panels to cook directly over the firepot.  My video showing this technique is posted below.

While the Open Flame grilling feature on the 600 Series is fun, I will continue to cook directly over the firepot like I show above when I want to grill over the high heat of a wood fire.

The heat shield that can be opened to allow direct flame access makes the grease tray difficult to clean.

On my other Z Grills I clean the grease tray by positioning it over a trash can and using a putty knife to scrape the crud and debris into the trash.

On the 600 Series I have to work my putty knife around the Open Flame System to clean the grease try and then I have to come back with paper towels to wipe the fan sections clean.

All told the Open Flame system results in it taking twice the time to clean the grease tray. 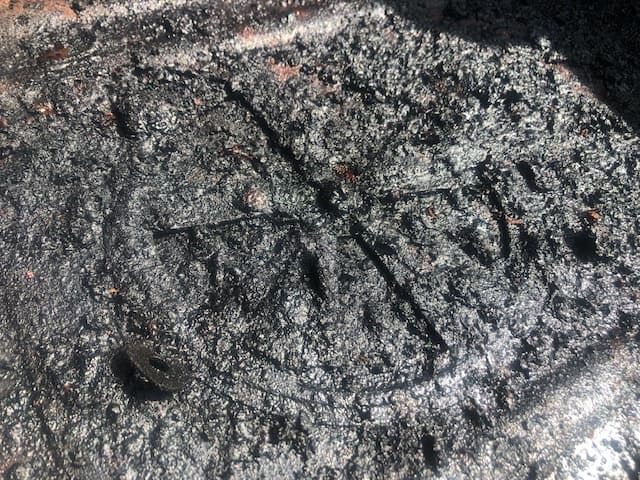 The 600 series is also missing the easy ash cleanout tray that is found on the 1000 series grills which means that you will need to use a Shop Vac to clean up the sawdust, ash and grease buildup in the bottom of the grill.

The pellet hopper on this grill only holds eight pounds of pellets.

Eight pounds of pellets is plenty for most cooks including chuck roasts and baby back ribs.  However, if you want to smoke a brisket for 12-15 hours or tackle a few pork butts then you will need to come out and refill the hopper at some point.

You will not be doing any unattended overnight cooks with this smoker.

This is not a critical flaw but I wish the grill came with built in meat probes that could be integrated into the control system.

It would be nice if the grill could sense when a piece of meat has reached a target temperature and then go into a “Warm and Hold” mode until you were ready to take it off.

Should You Buy a 600 Series Open Flame Z Grills?

Keep your eyes open and when Z Grills runs a special or a Flash Deal then go ahead and pick one of these up.  You will be getting an affordable pellet smoker with a PID controller that is highly reliable.

If you have a little more cash to spend then I will suggest buying a 1000 series grill instead.

While I like the Open Flame grilling feature on the 600 series it is not enough of a difference maker for me to stop using my Z Grills 1000 series with the easy ash cleanout system.