I started cooking on a Z Grills 10002E in 2020 and it quickly became my favorite pellet grill.   I have burned a couple hundred pounds of pellets in this grill so far and have reached a point where a full blown hands on review is appropriate.

Let’s take a closer look at what makes the Z Grills 1000 Series grill great and some of the issues that could be improved upon. 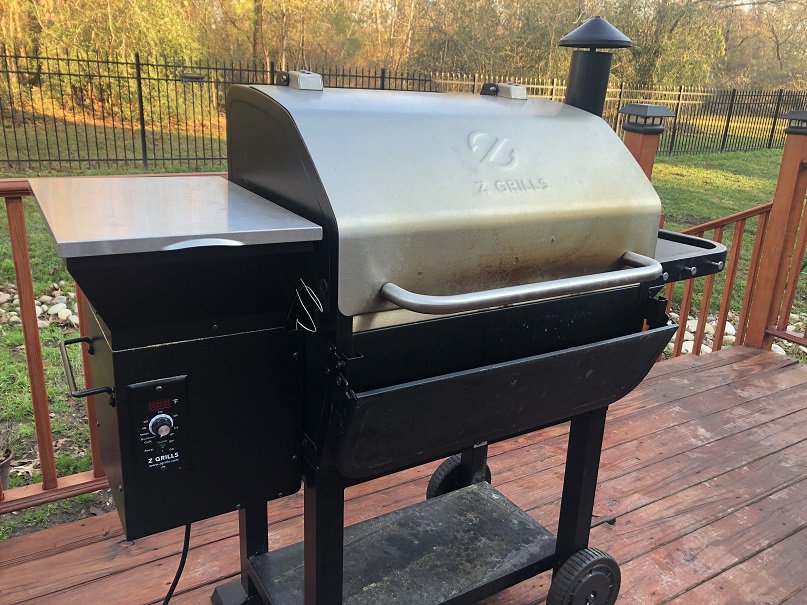 To take some of the confusion out of the model names I am going to write this review in a way that covers ALL of the 1000 series grills.

Why I Love the Z Grills 1000 Series Pellet Grills

There are several reasons why I love cooking on the 10002E and they can be broadly grouped into the following categories:

Most of the 1000 Series grills have a front mounted shelf as well. 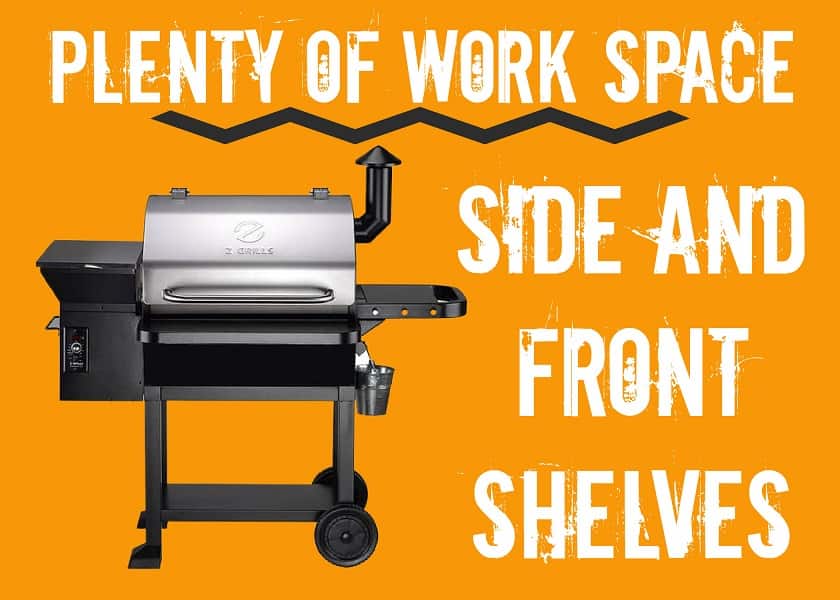 Having lots of space is a small luxury that I really enjoy.  I seem to always use up all of the work space available to hold trays, tools, plates, sauces, spray bottles and even the occasional flashlight.

The Side Tables are much more useful than the front mounted shelf.  Whenever I use the front shelf I tend to knock off whatever it is holding when I open the lid.

The 1000 Series gets its name from the fact that it has over 1000 square inches of grilling area distributed across three tiers of grates.

Here is what the grill looks like when it is loaded up with a three pack of Costco baby back ribs.  I could easily fit an additional three racks of ribs in there if needed. 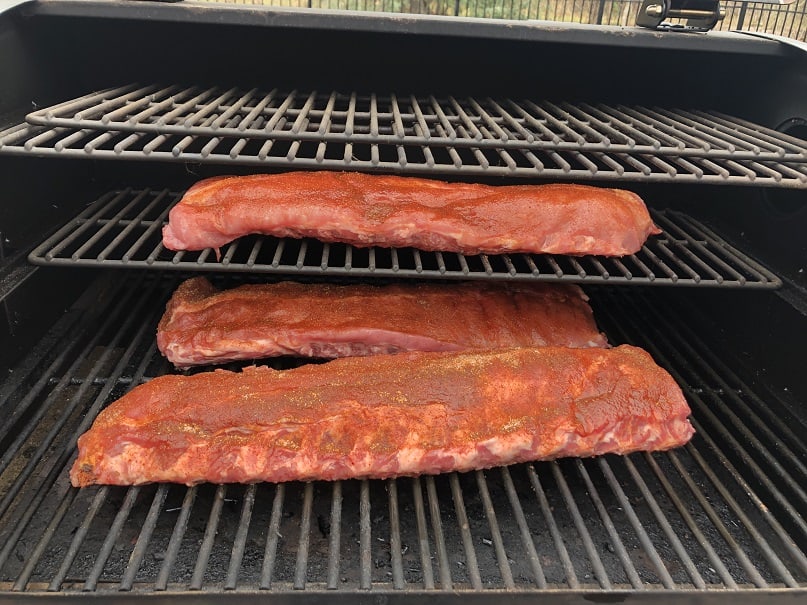 While this grill certainly has massive capacity I should point out that most people cook primarily on the bottom grate and the bottom grate on the Z Grills 700 Series is slightly larger than on the 1000 Series.

All of the Z Grills pellet grills are pretty easy to use.  The 1000 series come with a standard dial temperature controller with a temperature range of 180-450F. 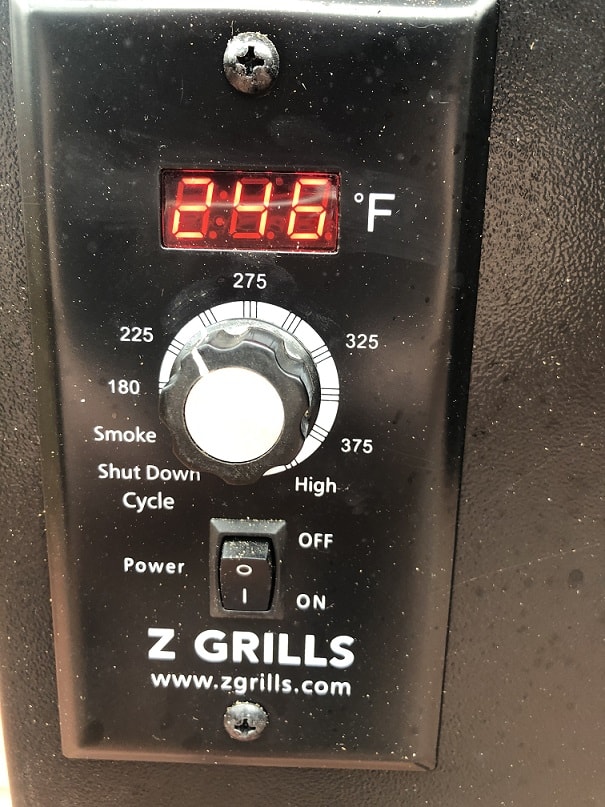 To start the grill you need to follow these steps:

Note:  The controller must be set to “Smoke” BEFORE the power is turned on.  If you turn on the power while the controller is set to any setting other than Smoke then the grill will give an Error Code.

It will take about 15-20 minutes for the grill to stabilize at your target temperature. 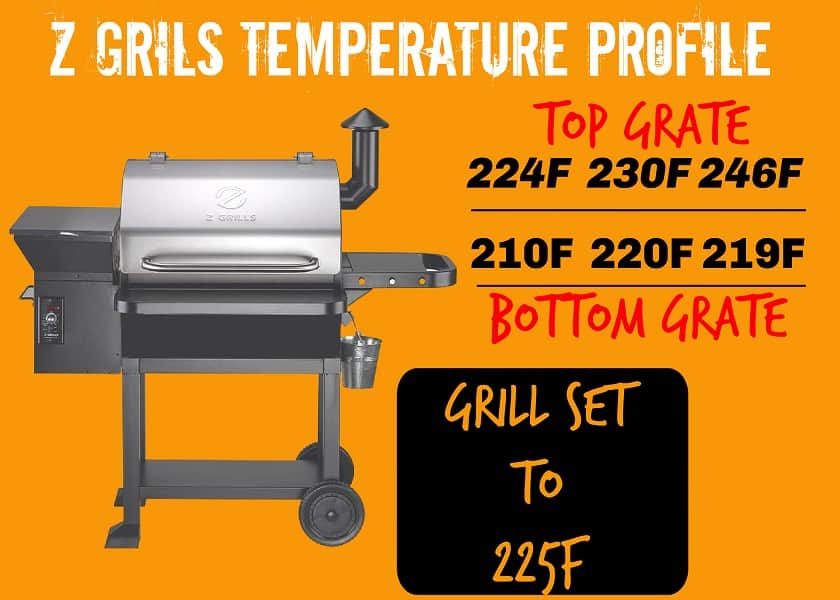 If you are cooking a LOT of food on this grill then you will want to rotate the meat around for even cooking but there are no massive hot spots to worry about.

To shut down this grill you simply turn the temperature controller to “Shut Down Cycle” and it will go through a ten minute sequence to burn off any remaining pellets in the firepot before automatically turning off the power.

The one thing that sets the 1000 series apart from every other Z Grills model, and every other pellet grill in the industry, is the “easy pull” ash clean out tray. 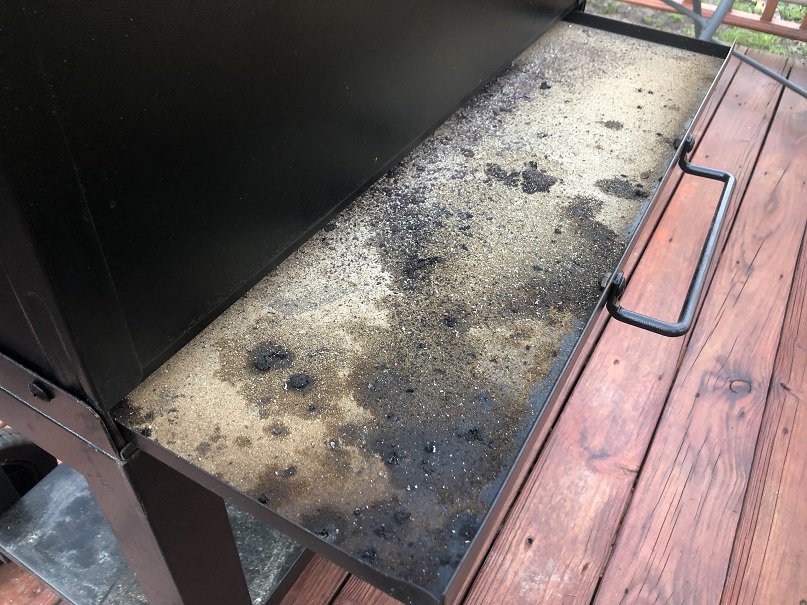 Every other pellet grill I have seen requires you to use a Shop Vac to clean out the ashes, sawdust and grease from the lower assembly of the grill.

Keeping the lower assembly clean is critical to prevent massive fires when the grease and sawdust ignite from a stray spark coming out of the firepot.

I HATE hauling my Shop Vac around and absolutely love being able to simply slide out the ash disposal tray from the back of the grill.

The “easy clean” ash tray is the main reason I am cooking on the 1000 series instead of my older 700 series grill.

I put together a quick YouTube video where I walk you through the features of this grill and share a look at a couple of cooks.

I have cooked on this grill a lot more since I put this video together and I still absolutely love it.

What Could be Better About The Z Grills 1000 Series

While I am a big fan of the 1000 Series there are a few things that could be improved upon.  The items for improvement include:

Everything on these grills work great but there are no fancy bells and whistles.

You do not get built in meat probes, a “Keep Warm” mode, WiFi connectivity or a PID controller.

The lack of gadgets is one way that Z Grills keeps the prices for this grill so ridiculously low.  The only thing I really wish the grill had was the built in meat probes.

The 1000 Series grills do not have an “easy dump” mechanism for emptying pellets from the hopper.

If you want to change wood flavors between cooks then your only option is to use a scoop and remove the pellets by hand.

The grease pail sits on a little hook on the exterior of the right side of the grill.

I can’t tell you how many times I have accidently knocked off the grease pail and dumped piles of grease all over my deck.  It is annoying as heck.

It would be super simple to include a simple latch of some type that actually holds the bucket in place so you couldn’t knock it off by mistake.

These grills come with a cover that looks nice at first but doesn’t really last.

Here is what the cover looked like for my grill after one year.  The cover has completely faded and has two large rips in the front. 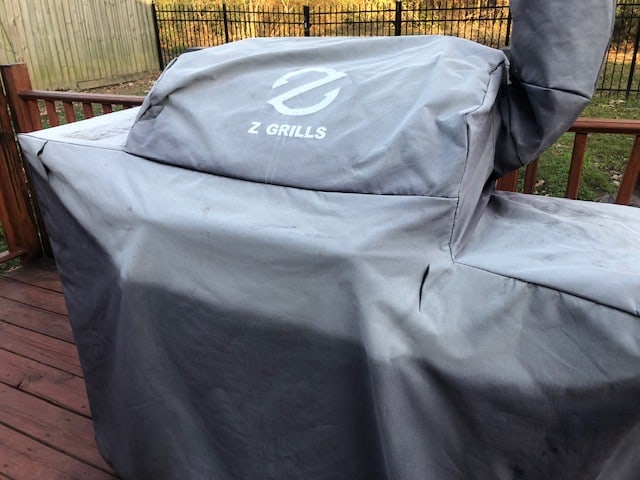 The grill is large and oddly shaped which makes finding an aftermarket cover to replace this one difficult.

If you are looking for a pellet grill that is:

then the 1000 Series is absolutely worth consideration.

If you are looking for a grill that has all of the latest gadgets like WiFi connectivity and a PID controller then there are other grills that will suit your needs better.