There are many reasons to love Costco and one of them is their ample supply of Prime Grade whole packer briskets in the 12-18 pound range! 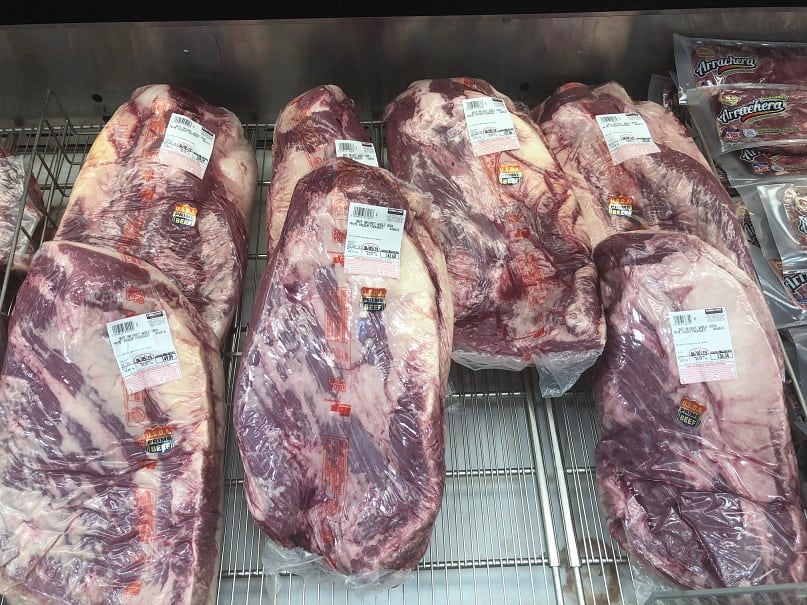 Let’s take a quick look at these briskets!

One reason that I love getting Costco briskets is because they sell Prime briskets for less than the other stores in town charge for Choice and Select briskets. 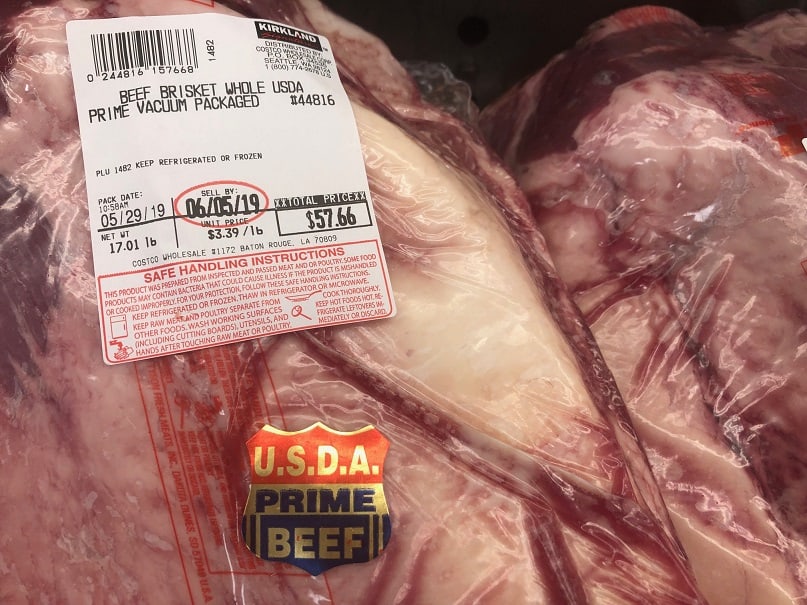 If you are unfamiliar with the different grades of beef then “Select” is the lowest grade, “Choice” is in the middle and “Prime” is the best.  These ratings are made by the USDA and reflect how much marbling is in the meat.  The amount of marbling impacts tenderness and flavor.

Does USDA Prime Make a Difference?

There are certain cuts of beef where the difference in quality between Choice and Prime is massive.  The cuts that benefit the most by being Prime are ones that are prone to marbling, such as Ribeye steaks.

When it comes to brisket I do not believe that you get that much more benefit by the meat being Prime instead of Choice.

The brisket is composed of two muscles.  The “Point” is going to have a TON of marbling even in Choice beef.  The “Flat” is a naturally lean muscle (which makes it great for making brisket jerky) that picks up very little marbling despite the Prime grade.

I have found that the Prime briskets I get from Costco do have more fat but it is primarily hard fat on the exterior of the beef that I end up trimming off.

Don’t get me wrong, I will take a Prime brisket from Costco over a Select brisket from HEB any day of the week.  That being said, don’t expect a massive upgrade over a Choice or Certified Angus Beef brisket.

How Much do Briskets Cost at Costco?

Prices seem to be going up every day so I don’t want to give an exact price here because by the time you read this it will have changed.

I think the best way to answer the question is in relation to the prices at regular grocery stores.  I can always buy a Prime brisket at Costco for 20% less than the cost of a Choice or Select brisket at a local grocery store.

The fact that you can get a higher grade of beef at a 20% discount makes the briskets at Costco a massive bargain. If you have a Costco in your town and have been on the fence about whether to join or not I can tell you that the briskets alone are worth the cost of membership.

Costco Briskets Come in Cryovac with the Pack Date

A nice feature of the Costco briskets are still sealed in Cryovac and are marked with the Pack Date.

The combination of Cyrovac and knowing the Pack Date makes these briskets PERFECT for one of the greatest “secret tricks” in the world of barbecue.

One way competition pitmasters make their briskets incredibly tender is to Wet Age them for 45-60 days.  You can read my post on Wet Aging Brisket if you want to learn more about this.

What Size Brisket Should You Buy at Costco?

Most folks should stay away from briskets that weigh over 18 pounds.  A brisket that size is usually bigger than the space available on most smokers.

Additionally, a brisket that size is going to take an incredibly long time to cook and most folks will give up and end up eating a tough brisket rather than taking the time to smoke them properly.  You can speed up the cook time on a massive brisket by wrapping it in foil halfway through the cook so make sure you have plenty of aluminum foil on hand if you want to go that route.

A whole packer brisket under 12 pounds isn’t going to have a very large flat and I always found they cooked up funny.  I think the sweet spot is a brisket in the 14-16 pound range.

Look for a brisket that has the thickest flat that you can find.  Avoid any briskets where the flat is not at least one inch thick as the thin flat will cook too fast in relation to the rest of the brisket and dry out.

If possible choose a brisket with the smallest fat cap as most of the fat is going to get trimmed off and wasted.

Can You Buy Just the Point or Flat at Costco?

If you don’t feel up to the task of tackling a whole packer brisket or don’t have the budget given these insane recent prices then you might want to consider dealing with either the point or flat sections. If you are looking for just the point or just the flat at Costco then you are in for mixed results.

I have never seen just the flat or point for sale in the meat section at Costco but they are available pre-cooked in the refrigerated section. 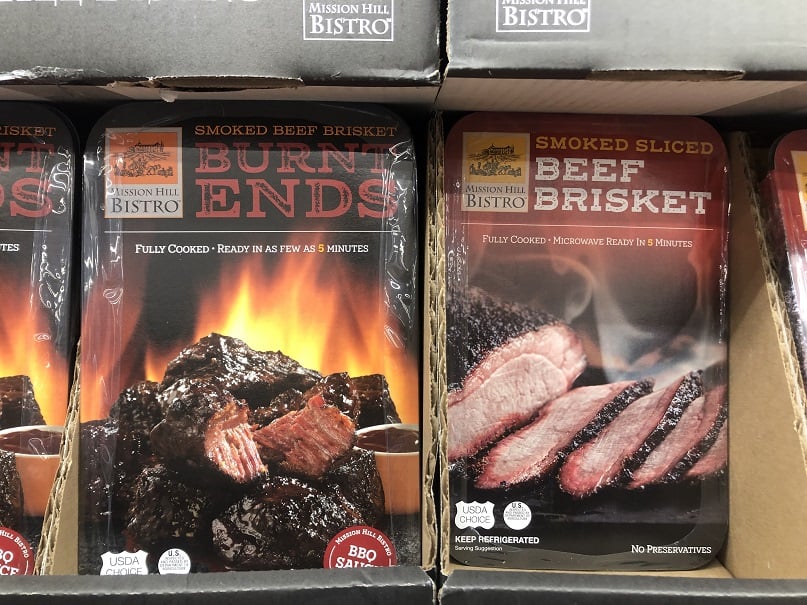