This was my second attempt at smoking pig tails and it went very well.

I have done a few cooks on the Weber Jumbo Joe that involved braising (turkey necks, pot roast, country style ribs) but this cook is different in that it is important to braise the pig tails before they ever feel the direct heat from the grill. 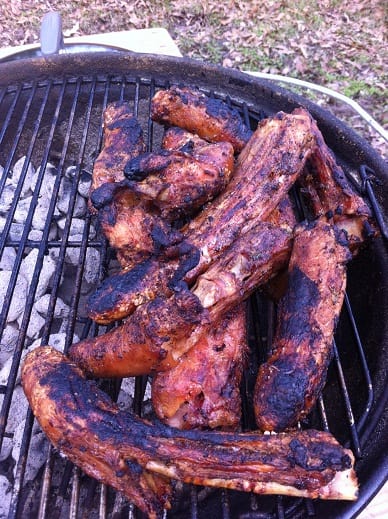 The first time I grilled pig tails I just threw them on the grill with indirect heat and let them go.  They turned out amazing except for one little detail; the skin had the texture of rawhide.

I asked around and did a little research and it turns out that if you want skin that is crunchy with a little bit of chew and highly edible then you MUST braise or parboil the tails before you grill.

So here is what I did.  I took a pile of pig tails and placed them in an 11 inch rectangular pan. 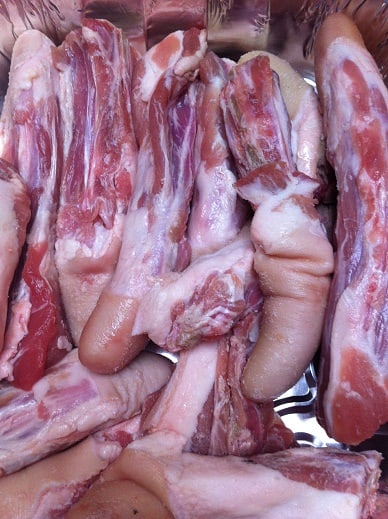 Seasoned with salt and pepper then added some celery and onions along with a cup of chicken stock. 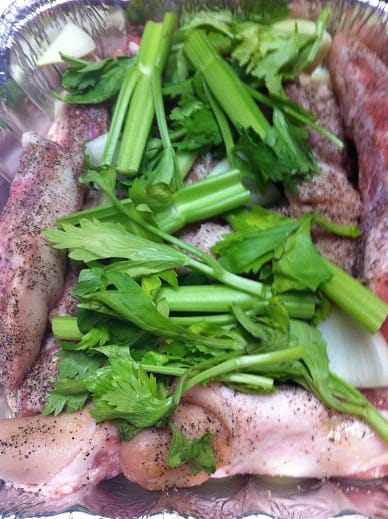 Sealed the pan with aluminum foil and put it on the indirect heat side of the Weber Jumbo Joe. Vents were wide open. 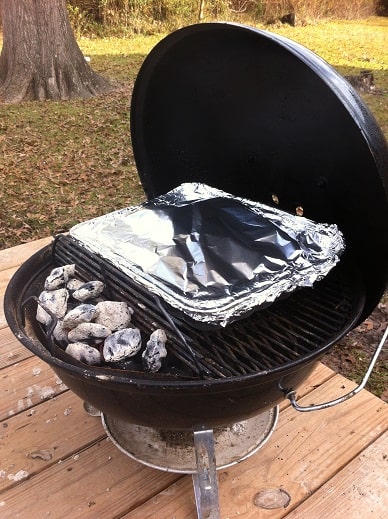 I let the tails braise for about three hours.  At this point the skin had slightly swelled and was tender enough that you could pinch a piece off. 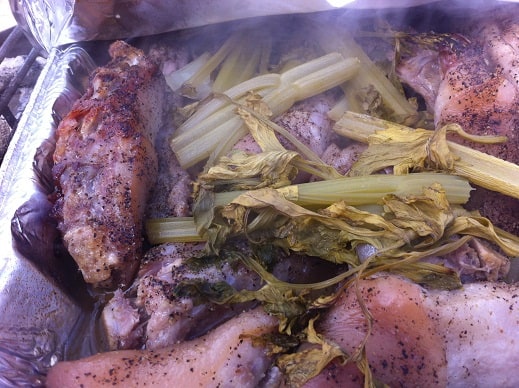 I took the pan off the grill and added some more briquettes as the initial batch was pretty much spent after the three hour braise.  Once the fire was going again I put the tails back on the grill and took turns crisping them up on the hot side of the grill.

As soon as the flames started jumping I would move a tail to the cool side of the grill and replace it with another.  The smell of all of the pork fat hitting the fire was incredible.  You need to try this just to be covered in the aroma of vaporized pork fat. 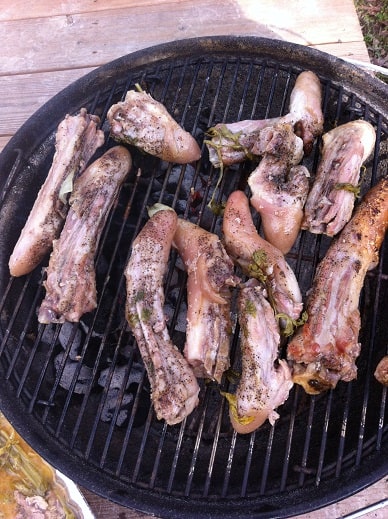 After all of the tails had been crisped up I moved them to the indirect side of the grill, closed the lid and let them cook and render for another half hour.  I opened up the Jumbo and was met with a glorious pile of porky goodness. 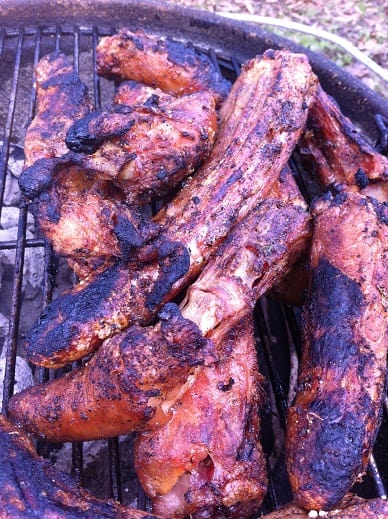 There is a lot more meat on the tails than you might expect.  This is a decadent treat that everyone needs to experience at least once!

The braising step is critical for creating a crisp, delicious skin.  This is an incredibly rich cut of pork that has a surprising amount of meat.
Keyword Smoked Pig Tails