There has been enough interest in the Genesis Silver line of grills (A, B and C Models) that I decided to go ahead and publish a complete parts list for these grills.  The original post from 2014 about the restoration I did for a two burner Silver A is included after the parts list.

Parts List For the Genesis Silver Grills (A, B, C)

Production of the Genesis Silver Series stopped in 2005 but there are still a ton of these grills in use.  All of these grill have burner tubes that run from left to right and employ the cross over ignition system.

The Silver A is a two burner gas grill that I flat out love.  The grill is just like a terrier: Cute, Compact and Powerful.  The Genesis Silver A is no longer available but Weber’s new Spirit grills are amazing alternatives.

The Silver B is a full sized three burner gas grill that does not have a side burner.  The Silver B was the most popular grill in the Silver series.

The Genesis Silver C is a full sized three burner grill with an extended frame that housed a side burner.

Parts That I Can’t Find

While most of the parts for the Silver Series are readily available there are some that I have not been able to find.  These include:

How I Fixed A Genesis Silver A Grill

For you folks that prefer videos instead of text here is a great instructional video on how to repair a Genesis Silver that shows just how easy the process is.

And now, on with my little story from a few years ago 🙂

I was surfing Craigslist last weekend and saw a listing for a Weber Genesis Silver for $25.  I shot the folks an email and they called me back to let me know that the grill grate needed  to be replaced and the burner tubes were shot.  An hour later I had this classic Weber gasser sitting in my front yard. 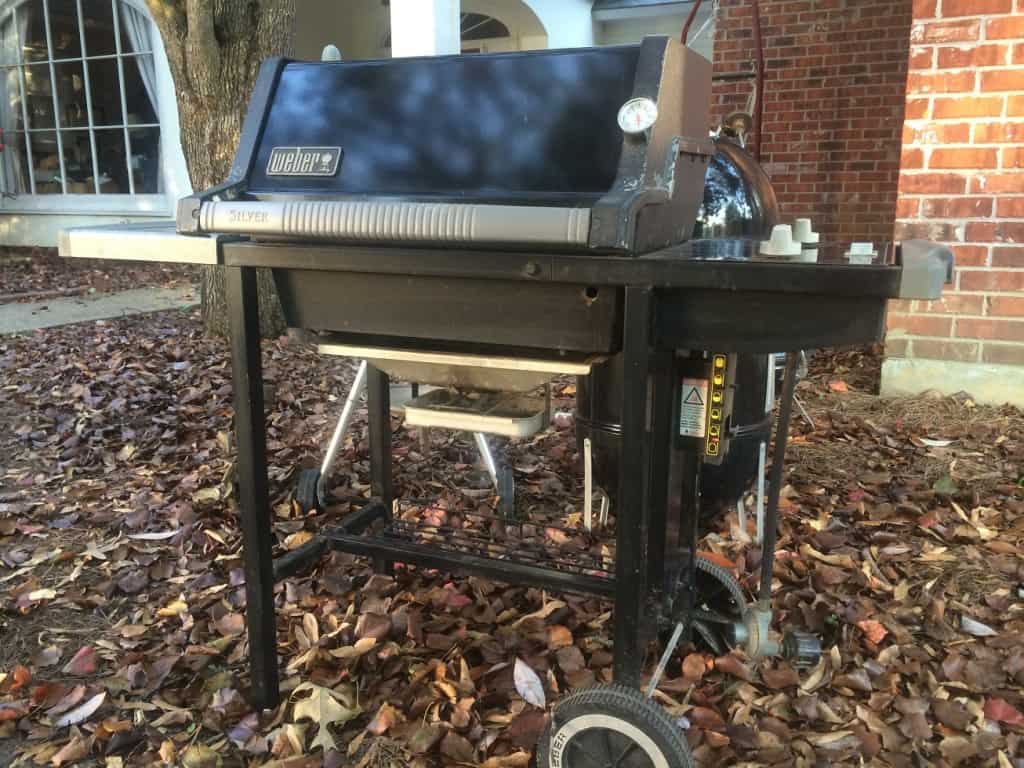 This is a little two burner Weber Genesis Silver A.  My brother-in-law has one of these and I have always enjoyed cooking on his.  I was excited to finally have one of these little classics for my own collection 🙂

When I picked the grill up I saw that it came with the heavy duty cast iron grates.  This was a pleasant surprise as I have never owned cast iron grill grates and I hadn’t realized that Weber made them for the Silver A.  The grates were severely rusted but did not need to be replaced. 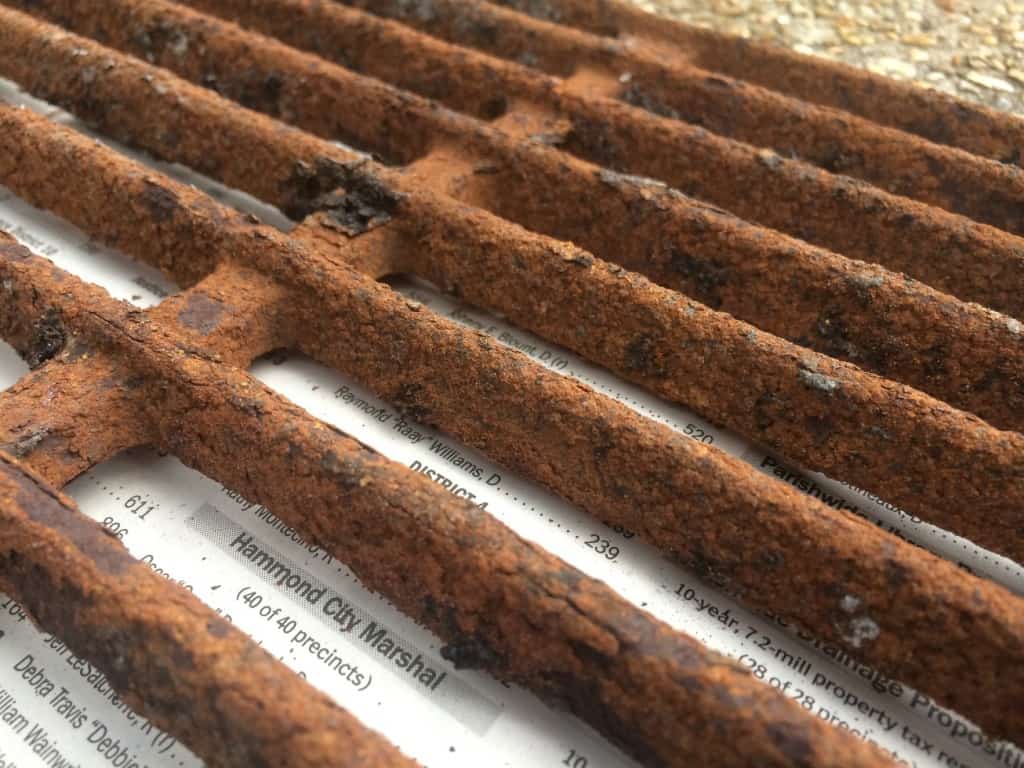 I scraped massive amounts of surface rust off the grates with a couple different sized wire brushes. 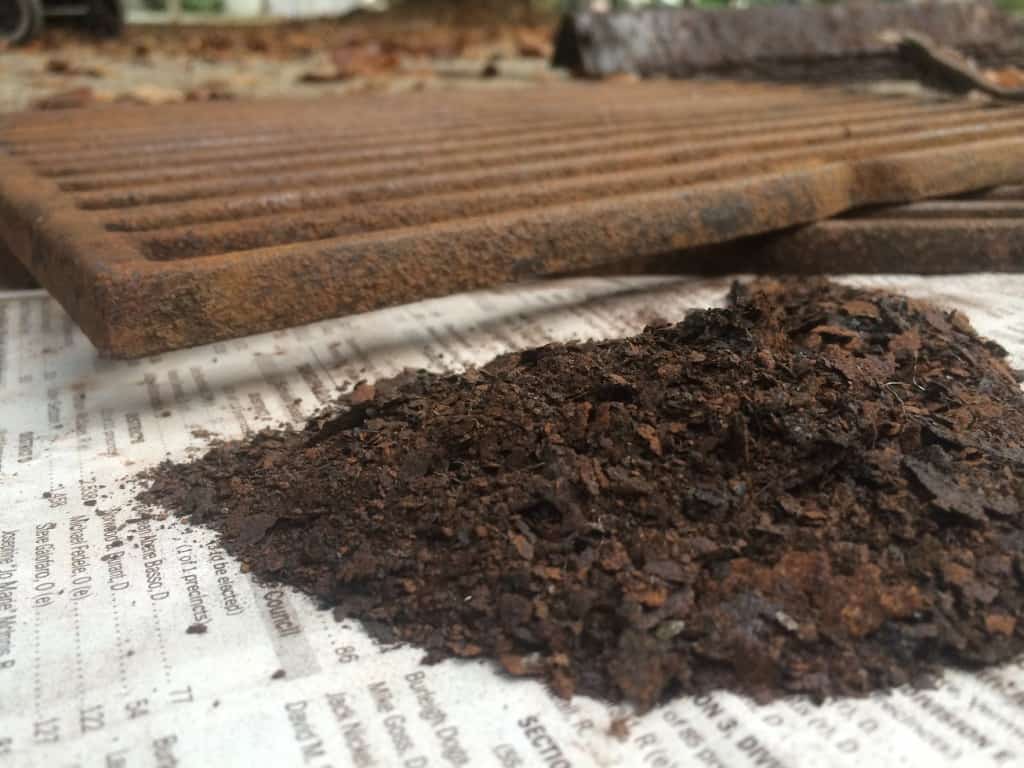 I did not do a rigorous rust removal procedure.  If you want to go nuts and get ALL the rust off of your cast iron then you can hook those bad boys up to a battery charger.  I did rub the grates with some Crisco and baked them in an oven for a couple of hours to lay down an initial seasoning layer.  They came out looking okay..not incredible but definitely usable. 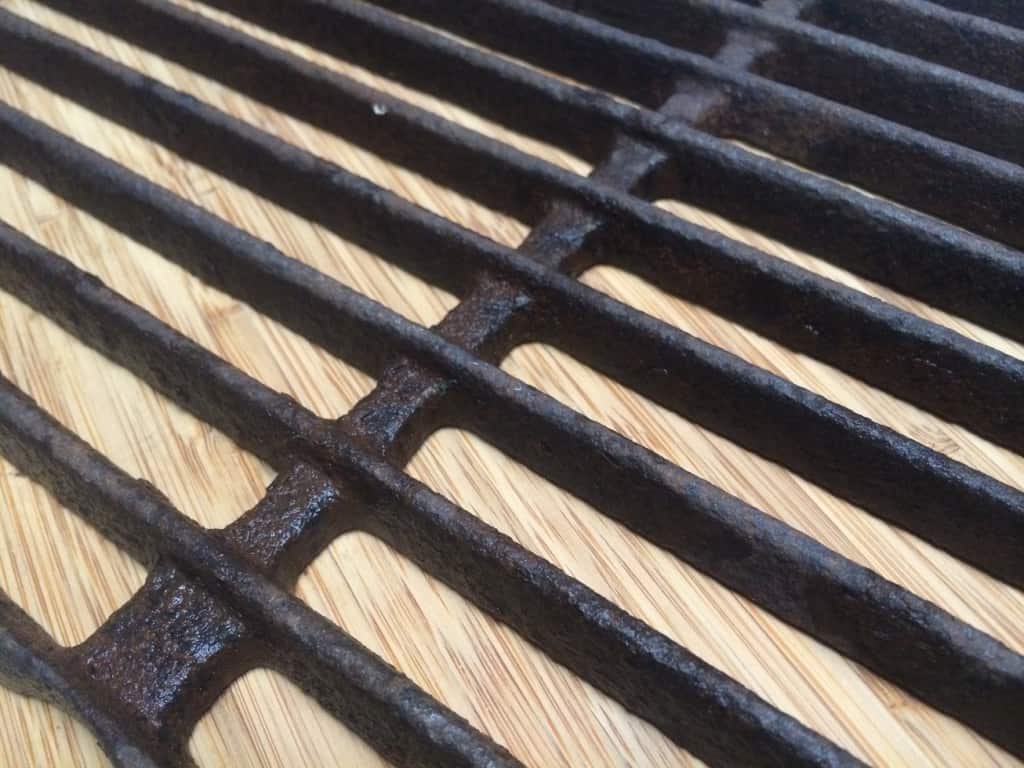 I used some Liquid Wrench, a pair of needle nose pliers and patience to pull the last of the cross-over ignition tube out of the two burners. 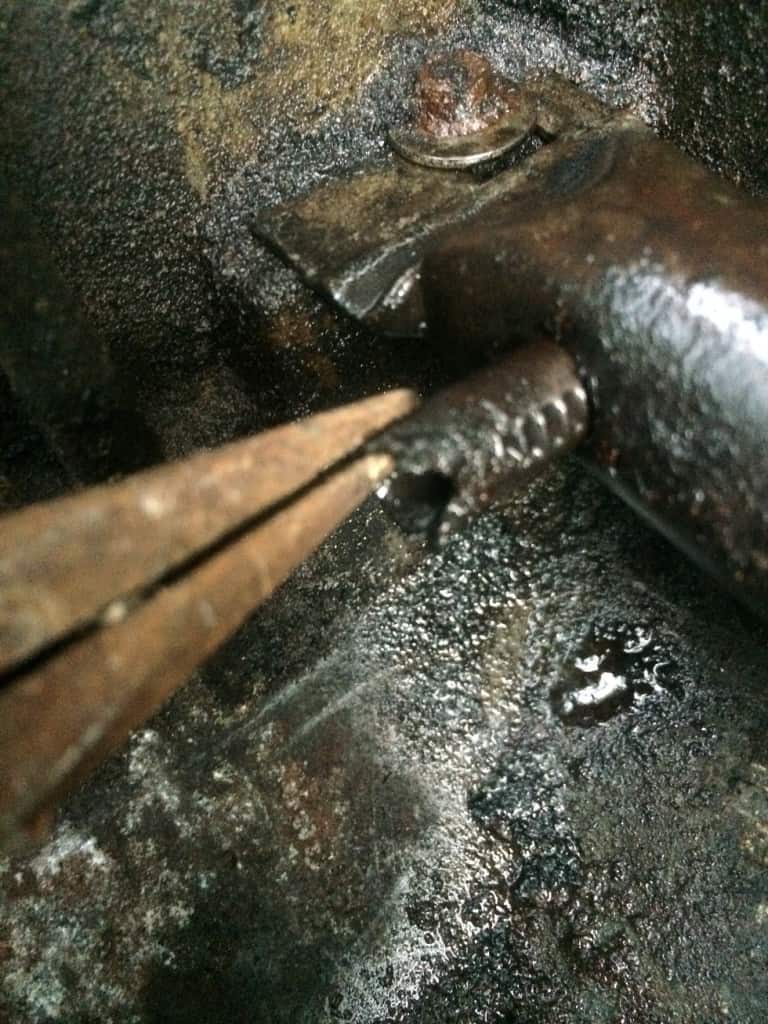 One side came out easy.  The other side took a day of soaking.  That’s okay…I had plenty of time.  I knew I had plenty of time because I had called Weber customer service and told them what I was up to and that I needed a new cross-over tube.  They sold me the part for $5, waived the shipping fee, and told me that it would be here in five days.  On a serious note, when you are dealing with rusty grill parts I really, really, really recommend using Liquid Wrench instead of WD-40.  It makes a difference. 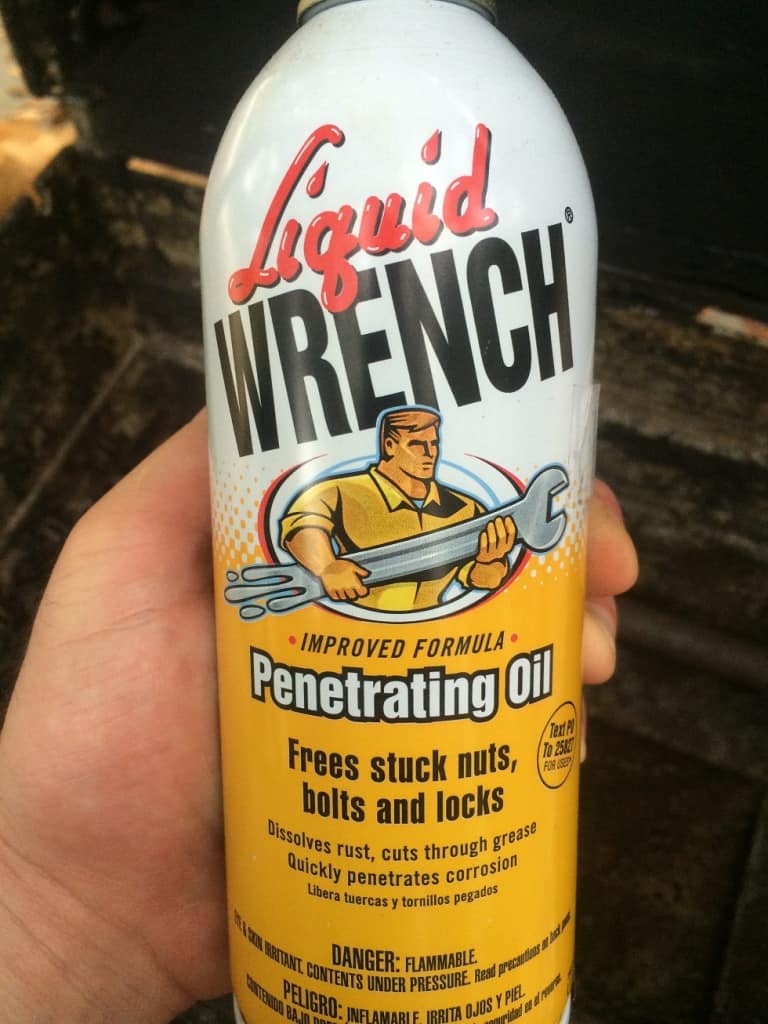 In order to replace the cross-over tube you need to loosen up the burner assembly.  This sounds daunting but really only requires removing two butterfly nuts.  It takes three minutes and no tools; no big deal. 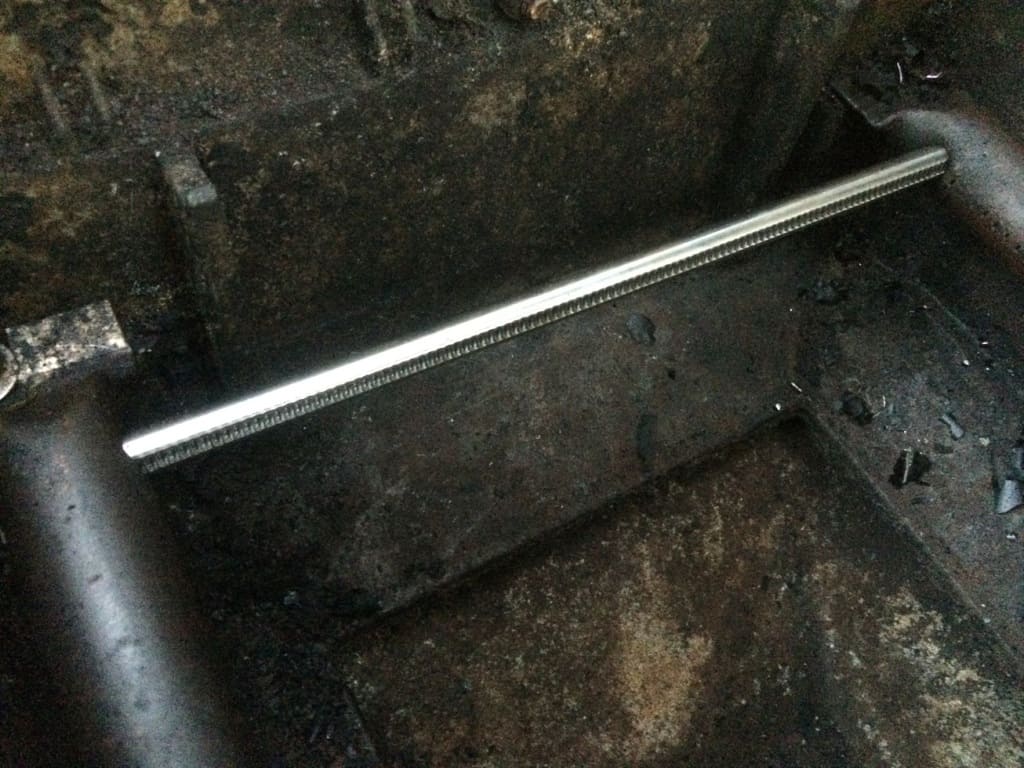 The back burner tube did have quite a few clogged gas ports.  I fixed this by gently cleaning each port with the sharp end of a pair of tweezers. 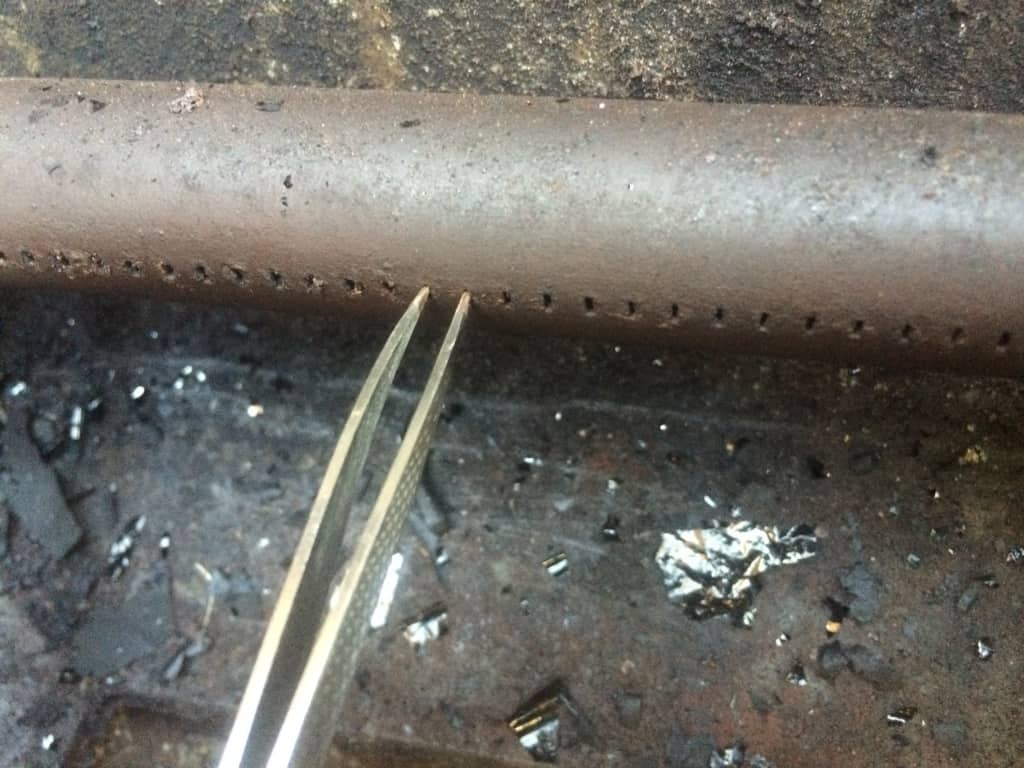 This did the trick and ended up giving a real nice flame pattern. 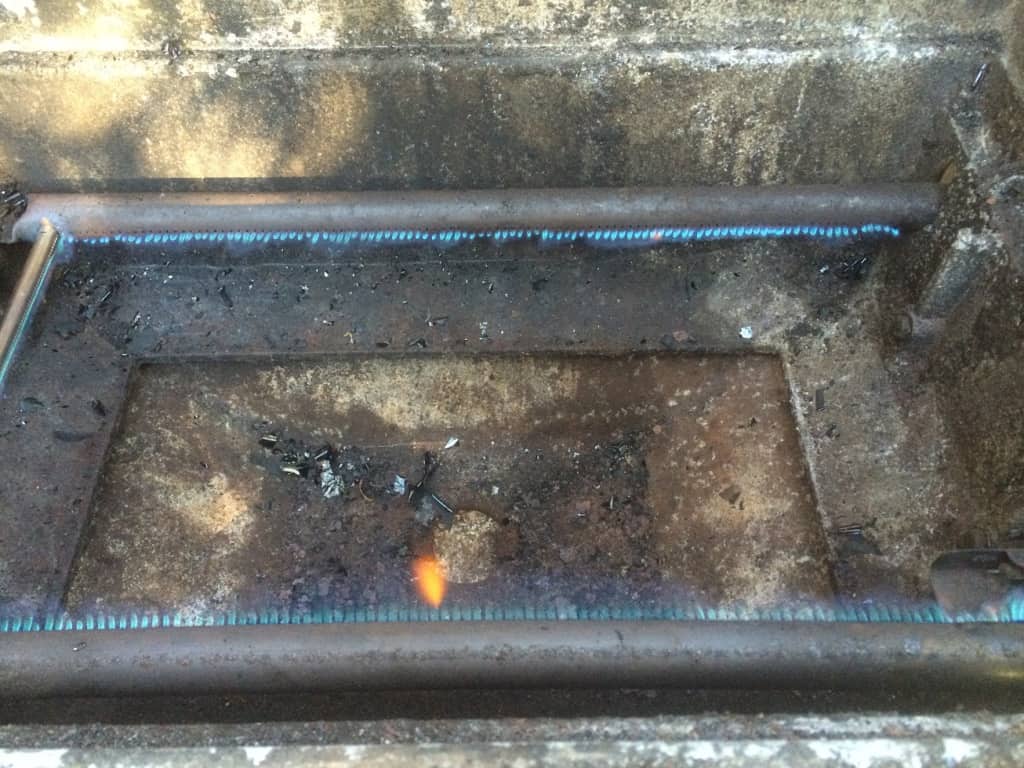 Everything got put back together and for a total investment of $30 I have another sweet little Weber grill in the collection! 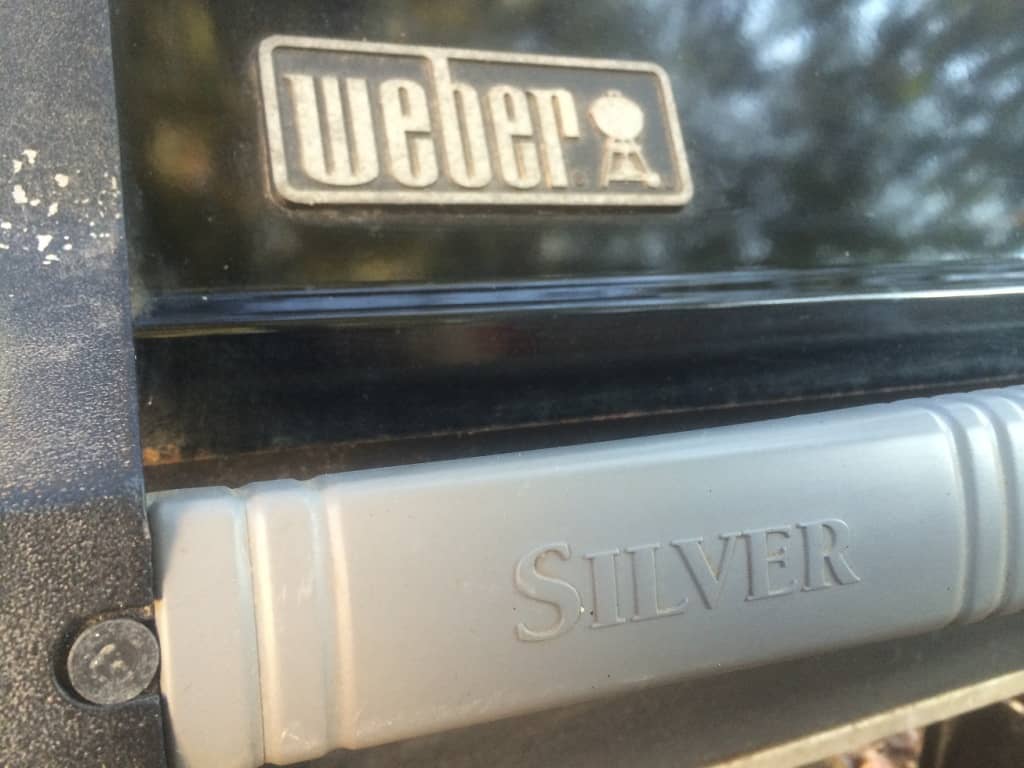 All of this fiddling around with the cross-over tube got me into a grumpy old man routine because Weber isn’t making things like they used to.  More specifically, the newest Weber gas grills (ex: Weber Genesis S-330) do not utilize a cross-over ignition system.  You might be wondering why anybody would ever care about a stupid metal tube.  I care about the stupid metal tube because at one point in time Weber acknowledged that sometimes stuff breaks.  By “stuff” I mean the grill ignition system.

If you have stayed with me to this point then let me pause and say, “God bless you.”  Okay, now back to ranting.

The ignition system on all gas grills eventually break.  The Weber systems last longer than most but in the end they all break.  So what happens when the ignition system breaks?  How do you light the grill?  On older Weber gas grills the answer was pretty simple.  Light a match or lighter, stick in through the hole on the front of the grill body and light the front burner.  Once the front burner was lit the cross-over ignition tube would carry the flame to the other burners and you could light them by opening the gas flow to the burner tubes. This is a simple solution to a routine problem.

What do you do when the ignition system breaks on a new Weber gas grill like the Weber Genesis S 330 that does not have the cross-over system?  Every burner on this grill has it’s own ignition switch.  Take a close look at the front of this grill.  Do you see a hole to manually light a burner.  Nope…neither do I. 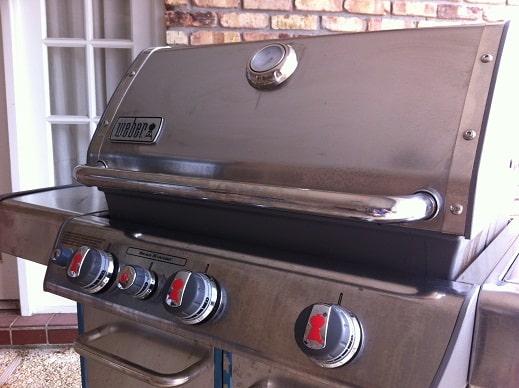 To manually light a burner on a new Weber gasser you have to remove the grill grate and Flavorizer bars.  What a pain in the butt!  Come on, Weber…just give us a solid cross-over system a drill a little hole in the front!  This design worked great for 25 years.  Why change something that worked great?

Enough with a bunch of crazy ranting about a $5 piece of tubing. If you find yourself with an opportunity to grab a Weber Genesis Silver then jump on it!  The entire line of Silver grills (two and three burner) were excellent grills.  They are easy to work on and replacement parts are readily available.