If you have been looking at Traeger grills and are trying to figure out if you should get the Pro 780 or Pro 34 then this post is going to help you out.  I am doing to show you all of the key differences between the grills as well as a comparison of the real world customer reviews.

Both of these grills have strong points and weakness so which is the better grill is going to come down to what features are the most important to you.

This article is meant to help you figure out the important features and benefits of these grills.  However, there are a few things I want to mention before we get into this guide just to let you know where I stand with these products.

Differences Between the Pro 34 and Pro 780

There are many differences between these grills and the general specifications are given below.

While there are many subtle cosmetic styling differences between the two grills the only differences that really matter are the control systems and price tags. 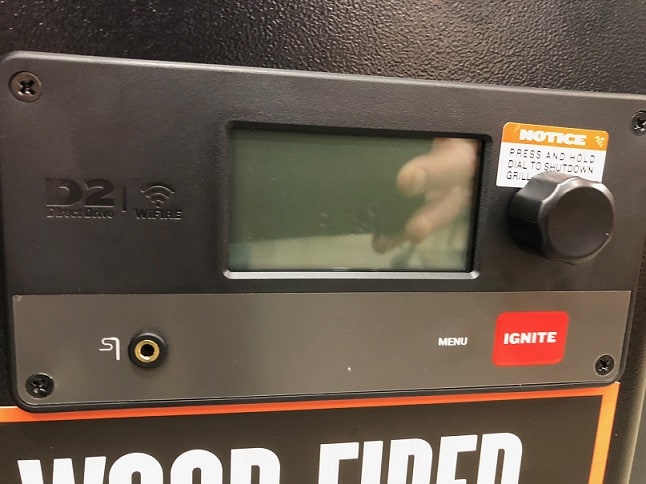 While the upgraded control system is incredibly nice, it also has a MASSIVE flaw.

What is infuriating is that the massive flaw is there by design.

The Traeger Pro 780 Does Not Have a Smoke Setting

The original controller found on the Pro 34 has a “Smoke” setting located between the 185F setting and the Shut Down Cycle.  These grills have a Smoke setting to deal with one of the biggest complaints about pellet grills, a lack of smoke flavor. 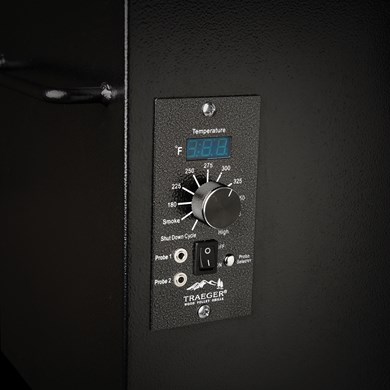 When the grill is in the Smoke mode it will burn pellets inefficiently at low, smoldering temperatures in order to produce more smoke. If you want to “beef up” the smoke profile on you meats you would let it cook at low temperatures (170-180) in Smoke Mode for an hour or two before raising the temperature of the grill to the desired cooking temperature.

Here is where things get ugly.

The new control system on the Pro 780 is extremely precise and efficient which means that that it just doesn’t produce as much smoke as the original controller.

Traeger recognized the problem and added a Super Smoke mode to the new control system but did not include the feature in the Pro Series grills.  In order to get the Super Smoke mode with the WiFi enabled controller you have to spend a few hundred more dollars and upgrade to the Traeger Ironwood Series.

I find it incredible that Traeger wants you to pay $1,000 for a pellet grill that does not have a Smoke setting.

I compiled the customer reviews for both of these grills from the Home Depot website.  Each grill had over 1,000 reviews (as of January, 2021) which makes for a robust data set to draw conclusions from.  The ratings are plotted side by side below. 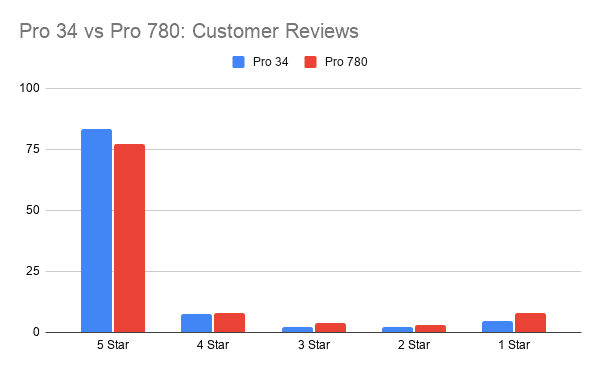 Here are the raw numbers:

On average, owners appear to like the Pro 34 better than the Pro 780.  The biggest reasons for the difference appear to be:

Which Should You Buy?

There is no right answer here.

The WiFire app on the 780 is really sweet and is the most functional app I have seen on a WiFi grill.  My favorite feature on the app is the “Keep Warm” mode.  The Keep Warm mode monitors the internal temperature of your meat and, once the target internal temperature is reached, cools down the grill to 165F to keep the meat warm without over cooking.

The 500F top temperature of the 780 is a noted improvement over the 450F on the Pro 34.  If you slap a set of GrillGrate panels on this grill then they will easily reach 550F and you can sear steaks and get serious grill marks.  The fact that the grill also has Turbo Temp to get to that top temperature faster is also a nice touch.

The precision temperature control of the 780 will also be attractive to many people.

Why the Pro 34 is Better

The Pro 34 is a larger grill and, like I mentioned in my review of the Pro 575 vs Pro 780, room for one extra rack of ribs doesn’t get me really excited but there is still something to be said about buying large.

I like the Pro 34 better simply because it has a Smoke setting.  You can compensate for the lack of Super Smoke on the 780 by using a smoke tube but if I am going to spend $1,000 on a grill then I do not want to have to compensate for anything.

Other Brands to Consider

If you are new to the world of pellet grills then you might not be aware that there are some nice Traeger alternatives you could consider.

I am personally using a Z Grills and a Rec Tec and enjoy both of them.