If you are a Costco member and in the market for a massive Traeger grill then chances are you have a few questions about the differences between the two large grills sold at Costco, the Century 885 and Silverton 810, and how they stack up against the Ironwood 885.

There are some significant differences between these grills and this article will help you understand which of them is right for you.

The Century 885 looks awfully similar to the Ironwood 885 but costs about $500 less.  Let’s take a look at why the Ironwood is the more expensive grill. 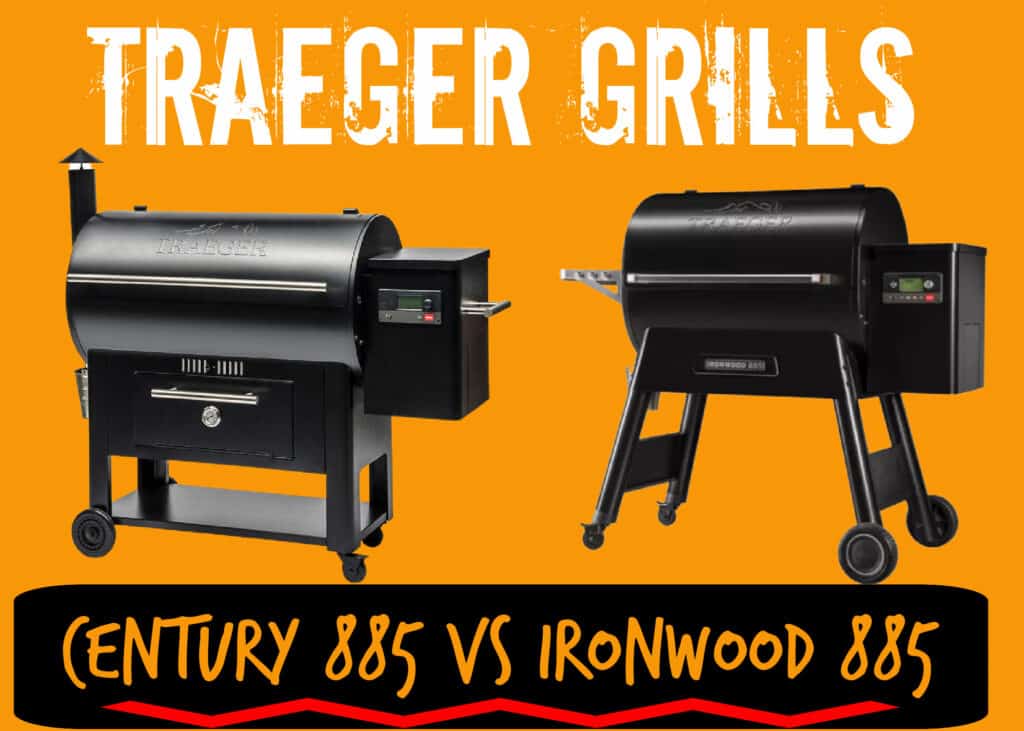 Here is the list of the primary features for each grill.

The first difference to notice between these two grills is the size of the cooking grates.  While both grills offer over 880 square inches between the Primary and Secondary grates, the primary grate on the Century is 13% larger than the Ironwood.  I rarely ever use the secondary grate on any of my grills so, for my use, I consider the Century to be the larger grill.

The second difference to notice is more subtle but is extremely important, the amount of smoke flavor to expect.  This is going to take a minute to explain…hang with me.

These grills are equipped with Traeger’s new control system which includes the D2 drivetrain and WiFire controller.  What is awesome about this control system is that, because it is DC powered, it can be precisely controlled.  You can expect these grills to stay within 5 degrees of the target setpoint.

The downside of the new control system is that, because it is so precise, the pellets burn cleanly and efficiently and do not produce as much smoke as the older controllers.  The lack of smoke flavor is one of the biggest complaints about all brands of pellet grills and many people claim that it is even worse for grills with highly precise controls systems.

(1) The control panel on the Ironwood has a Super Smoke Mode that is not available on the Century.  You can enable Super Smoke at any temperature between 165F-225F and the grill will produce more of the thin blue smoke that is critical for great tasting barbecue.

(2) The outlet smoke vent on the Ironwood is rear mounted and forces the smoke to come “down and around” the meat before exiting the grill.  The Century has a side mounted smoke stack that lets the smoke go “Up and Out” without as much contact with the meat.

There are a few smaller differences between these grills that are worth mentioning.  The Century has a warming tray mounted underneath the grill and comes with a cover.  The cover is an excellent addition to protect the grill from the rain.  The warming tray is nothing to get excited about.  The Ironwood comes with double wall insulation for reduced pellet usage on cold and windy days.

Bottom Line:  The Century 885 is more similar to the Traeger Pro 575 and 780 grills than to an Ironwood.  If you are still considering the Century then please read my review on the Traeger Pro 780 vs Pro 34 as I think the Pro 34 is the best option and will save you a few hundred bucks.

This is the sweet spot where you can get a great bargain by being a Costco member. 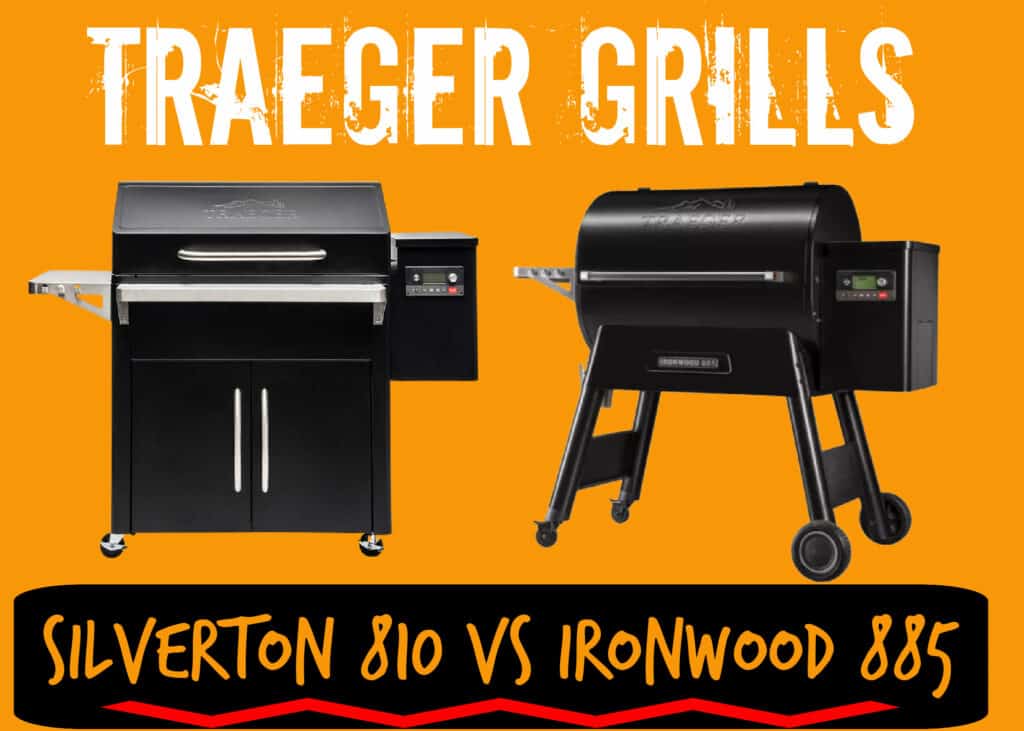 Here is the list of the primary features for each grill.

The Silverton comes with one upgrade over the Ironwood that might not seem like a big deal but is glorious.  The grease drain on the Silverton is located underneath the grill inside the enclosed cabinet. 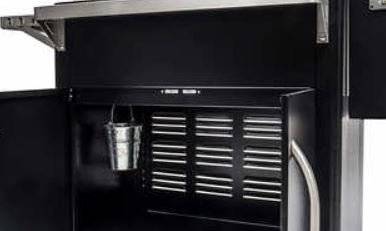 I have owned many different pellet grills that have the exact same side mounted grease drain as the Ironwood.  I cannot tell you how many times I have knocked the pail off and dumped a bucket of grease onto the deck.  It looks nasty, is a pain to clean, the dogs want to get in it and it pisses off my wife.

Bottom Line: The Silverton 810 is just as nice as the Ironwood and costs less money.

FYI…Costco also sells the smaller Silverton 620.  The Silverton 620 is a nice grill but does NOT have Super Smoke mode.

I compiled the Customer Reviews for these grills from the websites of Costco and Home Depot.  The reviews, current as of January, 2021, are plotted side by side below. 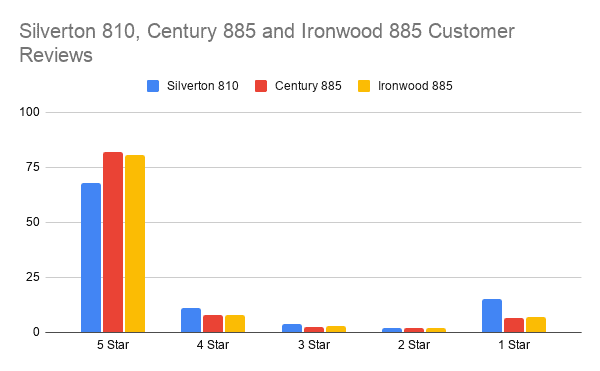 The first thing I noticed when I was compiling this data was how few reviews were available.  There were about 200 reviews for both the Century and Ironwood and only about 50 reviews for the Silverton.  Given how expensive these grills are I am not surprised that not many reviews are available.

When you look at the percentages it looks like the Silverton has issues compared to the other models.  Keep in mind that this grill only has 53 reviews and the negative reviews primarily were around the grill arriving damaged.

A common theme for all of the grills involves the difficulty of connecting them to WiFi.  The biggest tip to make the connection is to make sure you are trying to connect to the 2.1 GHz band on your router and not the 5.4 GHz band.

Other Grills to Consider

Traeger grills are pretty expensive and stretch the budget of most folks.  If a Traeger is out of your price range then I have compiled a list of Traeger alternatives that you can explore.

These days I am cooking on a Z Grills and a Rec Tec and they are treating me just fine.  There are a lot of folks that really enjoy cooking on the much less expensive Pit Boss grills as well.

Bottom Line: Traeger makes nice grills but take the time to look at other options.