I had been reading great things about the products from Cheshire Pork and decided to give them a try.  Cheshire Pork, out of Goldsboro, North Carolina, sells pork products from heritage breeds of pigs that have serious fat and flavor.

These guys are official purveyors of pork products to the James Beard Foundation so that kind of tells you something about the type of meat they are offering. 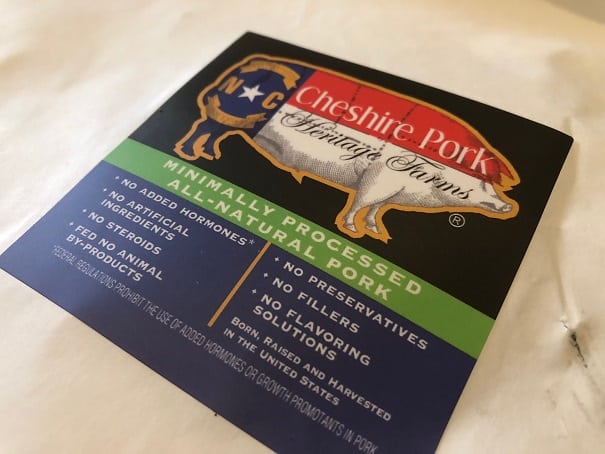 It didn’t take me very long to figure out what I wanted to order.  They have the usual suspects of pork chops, bacon, and sausage but they also have something unique. 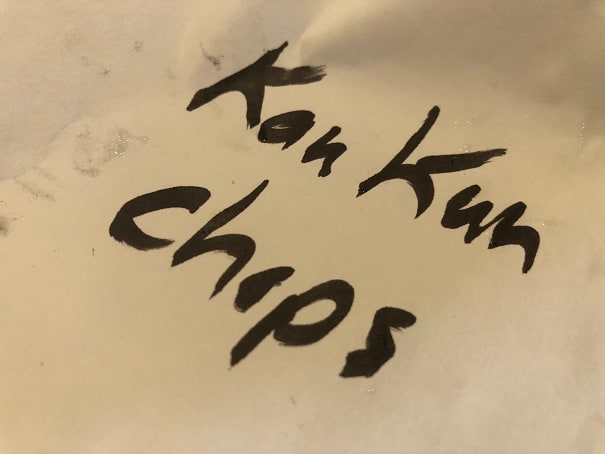 The Kan Kan Chop is, quite simply, the most interesting pork chop in the world.

This cut is so much more that a pork chop.  This cut has the chop, belly, rib, loin and skin on one monster piece of meat. 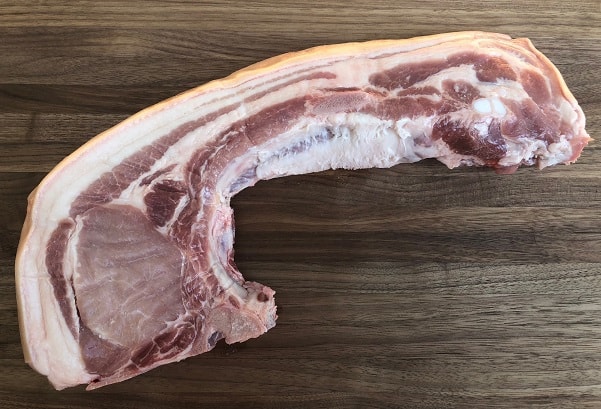 The folks over at Cheshire Pork say the Kan Kan is a cut that originated in Puerto Rico.  Each of these chops (I got a package of six) were huge and a blast to cook.

I kept the cooking process simple on these guys.

I brined the chops overnight, hit them with a little dry rub and smoked them at 225F like a regular pork chop with hickory until they hit an internal temperature of 135F.

Once the chops hit 135F I moved them onto a scorching hot griddle to finish them off and put a nice crust on them. 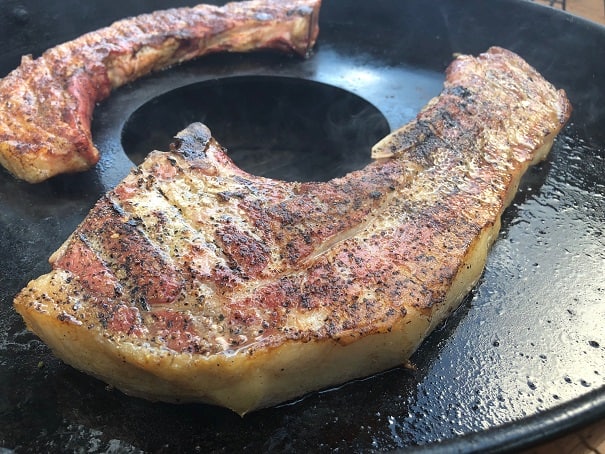 The smell of sizzling pork fat on the griddle was intoxicating.

After about 10 minutes on the griddle the chops were beautiful and at a perfect 145F. 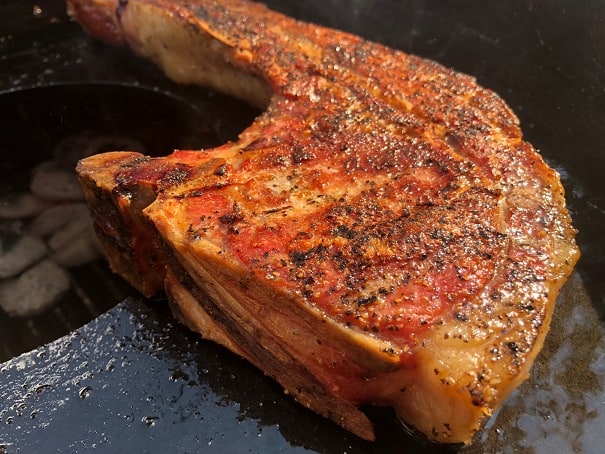 After the first bite you could tell that this chop came from a different type of animal than you find at your local grocery store.

The flavor was rich, deep and fatty..juices were dripping down my chin. 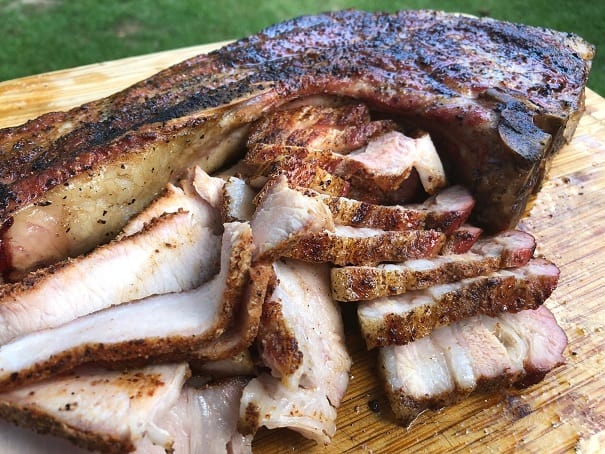 It was a delight having so many different parts of the pig in one cut.  Discovering the meat between the rib bones made it feel like a little treasure hunt.

If you are looking for something new to try then let me point you over to Cheshire Pork.  They have great cuts from great pigs.