I learned two new things about using the Weber Jumbo Joe this weekend and gathered a little more data on a third.  Overall it was a great weekend that ended with a platter of sliced brisket that was pretty dang delicious! 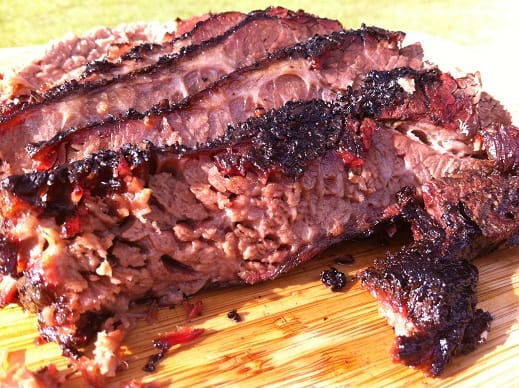 I was playing around with a trimmed brisket point that weighed a little over five pounds.  There was nothing really special about the brisket prep; slathered with mustard and rubbed with Montreal Steak Seasoning.   The Montreal Seasoning was okay but I should have gone with one of these brisket rubs.

I got the brisket ready on Saturday and let it rest in the refrigerator overnight.

I got up at 5:00 a.m. on Sunday and decided I didn’t want to mess with a charcoal chimney.  Instead I loaded a charcoal basket with Kingsford and added a Weber starter cube (paraffin wax) in one corner of the basket.

I lit the cube and 15 minutes later the cube had burned down and four briquettes were lit.  I threw the brisket point on the Jumbo, added some hickory chunks and closed the lid.  The bottom and top air vents were 50% open. 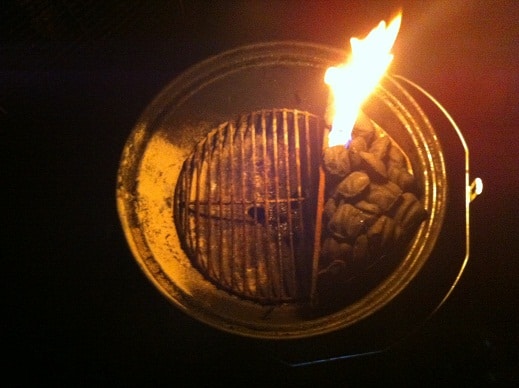 The starter cube worked great!  It lit just enough of the charcoal to get the cook started and was so much easier than messing with a chimney!  This will be my “go to” method anytime I want to do a long slow cook with the Jumbo from here on out.

On the other hand the lid did not work great. In fact the lid sucked and it was my fault.  I had recently added a thermometer to the Jumbo Joe and even though the stem is only two inches it is still too long.

I want the top air vent to be directly over the meat and opposite the fire.  The stem of the thermometer made this impossible.  I ended up using the lid from my 18.5 OTS for the entire cook..it is a perfect fit on the Jumbo.

The thermometer might be useful when grilling low profile items like burgers or chicken thighs but it is a non-starter when slow cooking large pieces like brisket points or pork butts.

I ended up cooking the brisket for 10 hours and only had to add some charcoal twice.  Here are a few pictures of how the brisket looked during the cook. 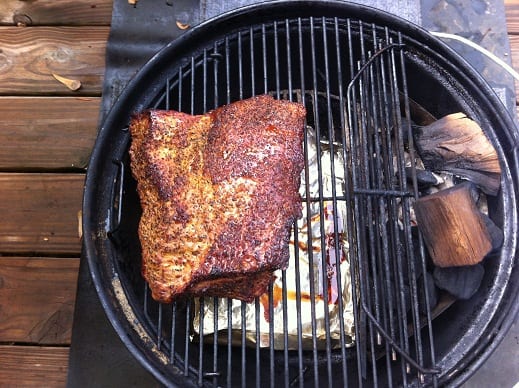 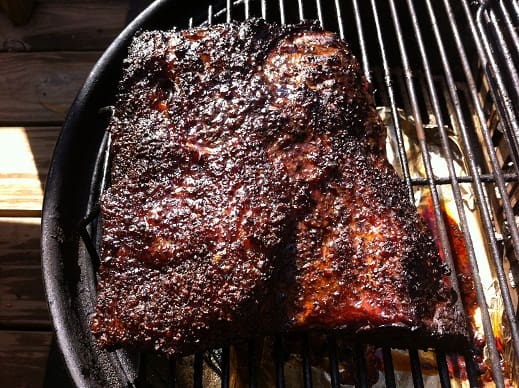 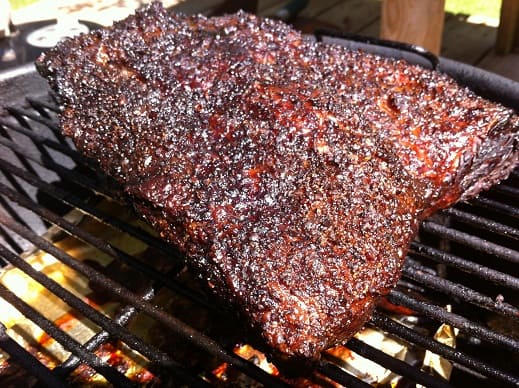 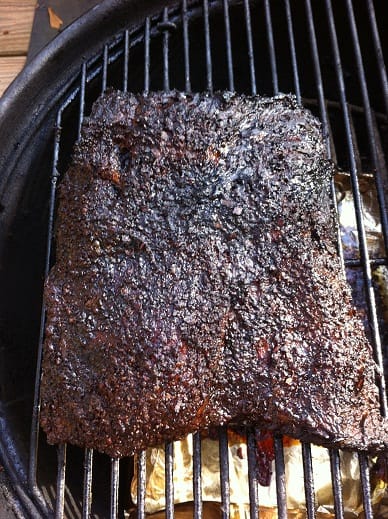 My last fuel addition had been at 1:00 pm.  When I took the brisket off at 4:00 pm I knocked the ashes off the remaining charcoal and banked them into a pile and closed the lid.

Right before I waddled off to bed I checked on the Jumbo and was amazed to learn that it was still pretty toasty!  I opened up the lid and there were still some coals burning down NINE HOURS after the last fuel addition.  This is one hyper-efficient cooker! 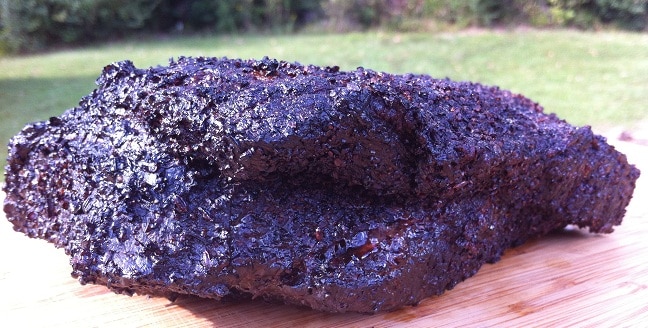 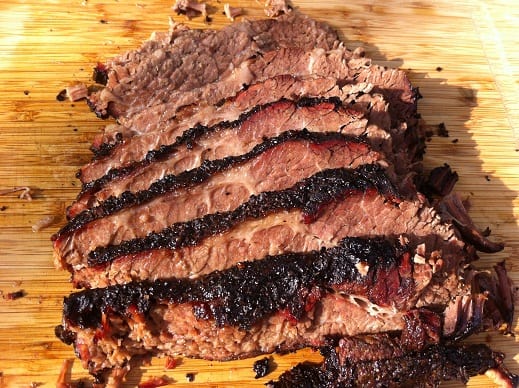 Thanks for reading along, I hope you found something useful here.  If you have any questions or comments drop them into the comments section below and I’ll give a shout back!