Most of the barbecue experts out there will tell you that chasing the perfect smoke ring on a brisket is an exercise in vanity. 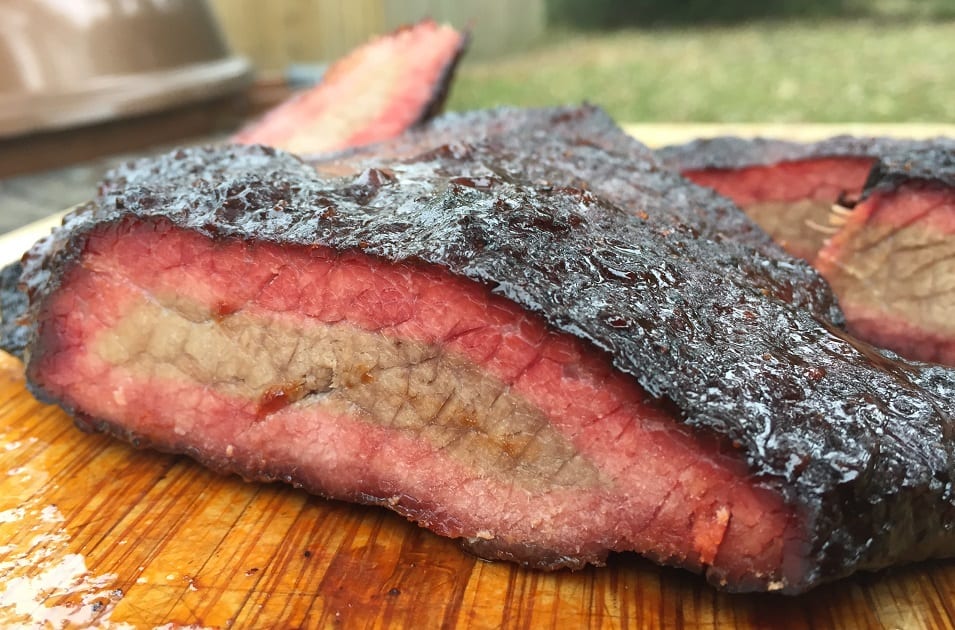 My technique for getting amazing smoke rings is pretty reliable but I am always looking for ways to get it even better.

I kept reading different folks saying that one of the tricks to getting a great smoke ring was keeping the surface of brisket moist while it smoked.

The idea is that a damp surface does a better job of absorbing the smoke than a dry surface.  Justification for this idea comes from the fact that many Pitmasters intentionally add moisture in their cooking process.

If so many people are adding moisture to their briskets then it must be important, right?

I was curious so I did a simple experiment.

I cut a brisket flat in half and cooked both halves exactly the same.  They were both seasoned with Rod Grey’s brisket rub and smoked using my standard technique for generating smoke rings.

The only difference is that after the brisket had cooked for an hour I started spritzing one of the flats with water.

After the first hour that flat got spritzed ever 30 minutes for the next six hours.

The other piece of the flat never received any additional moisture throughout the entire cook.

These two pieces of brisket came from the same cow, had the same seasoning and were cooked side by side in the same kettle.

One piece got spritzed every time the surface dried out and the other piece got nothing.

So…..how did the smoke rings compare between the two?

Here they are side by side. 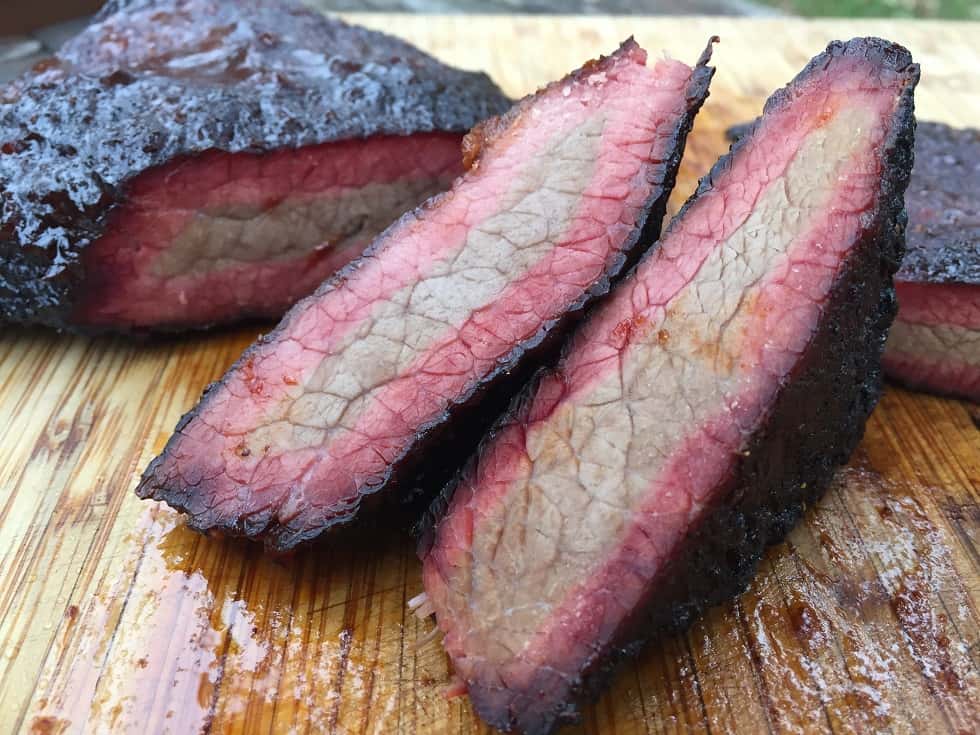 The brisket on the right was the one that got spritzed every time the surface dried out.  If you can tell a difference between the smoke rings then you have better eyes than me.

There are plenty of reasons why you might want to add moisture while you are cooking a brisket.

That being said, I am not convinced that adding moisture does anything to improve the smoke ring.

I’ll keep experimenting with other ideas but for now I am sticking with my standard technique for generating great smoke rings.