I am getting a little obsessed with smoked chicken breasts.  I am determined to turn this empty canvas into something interesting and worthy of throwing onto your smoker.  There is work to be done.

I spent today researching brines and doing a few experiments.  Brines are funky…on one hand they are incredibly simple but I keep running into TONS of complex recipes with 7-10 ingredients.

After today’s experiments I am going to stick with a smoked chicken breast brine that is bone butt simple. 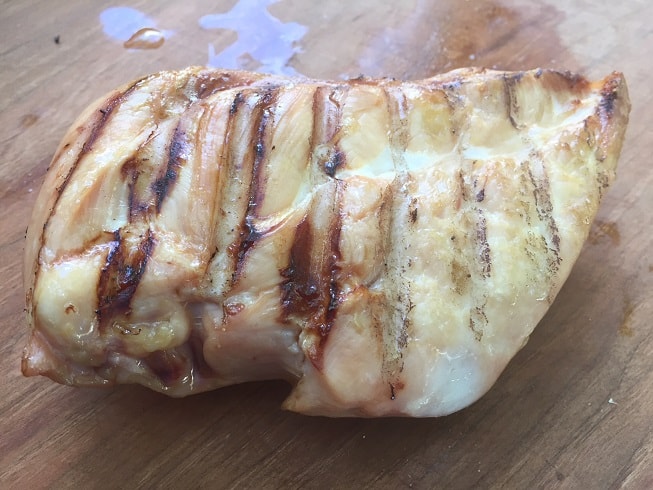 I tested three different brines to see if I could tell a difference in the finished bird.  I went with the classic standard brine, a dry brine and a standard brine that had been jacked up with a ton of extra flavors.

I had six boneless, skinless chicken breasts and used two breasts for each brine.

Most folks say that you should brine boneless chicken breasts for two hours and bone in skin on breasts for four hours.  I wanted to go overboard on this experiment and ended up brining everything for five hours in the refrigerator.

After the chicken had brined it was thoroughly rinsed to remove any salt, sugar or aromatics that were just sitting on the surface of the meat.  I then proceeded to load up my pellet grill and make the most uninteresting smoked chicken the world has ever seen. 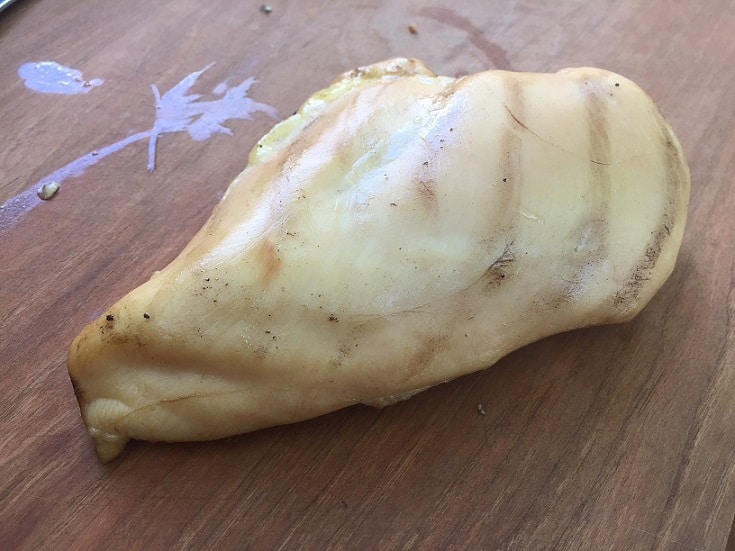 No rubs, no sauces.  Just smoke and heat for an hour while they smoked at 275F.  I pulled the breasts when they hit an internal temperature of 165F and carved off some slices for a taste test. 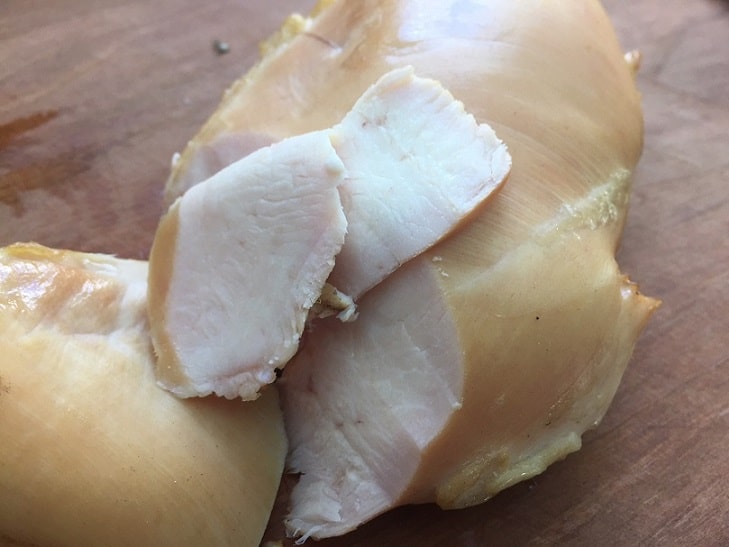 Here is what I learned:

There was absolutely NO DIFFERENCE between the breasts that soaked in the Standard brine versus the Jacked Up brine. This result didn’t surprise me.  Although the Jacked Up brine had some powerful aromatic components, the things that make up those smells and flavors are great big molecules that are not going to penetrate into the meat like salt. 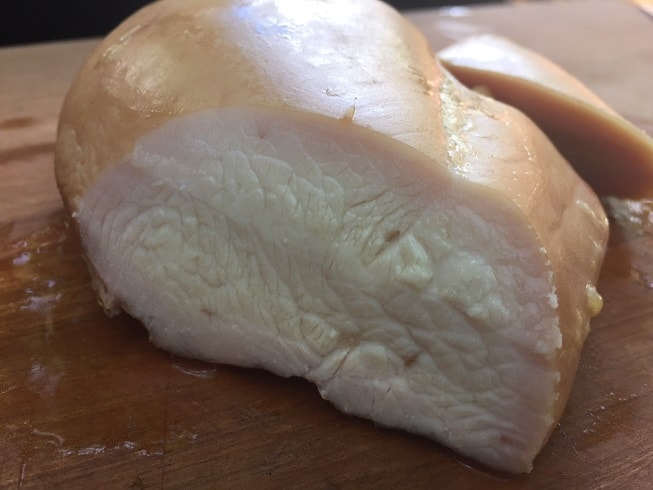 If you want a chicken brine without sugar then I wouldn’t hesitate to simply omit the sugar from the Standard brine recipe above.  The sugar is supposed to mellow out the salt flavor but I didn’t notice and meaningful flavor difference between the breasts brined with a sugar/salt mix and the ones that had been dry brined with salt only.

My suggestion is that when you want to smoke some chicken to stick with the standard brine recipe (2 quarts water, 1/2 cup salt, 1/4 cup brown sugar) and don’t bother adding fancy flavors to the mix.  The best way to get more flavor into the bird is going to be by using an injection.

This is a standard brine for use when smoking chicken breasts.  This brine increases the tenderness and juiciness of the breast because of the salt/sugar. Adding complicated aromatic ingredients into a brine does not increase the flavor of the chicken as the aromatics do not penetrate into the meat. To get more flavor into the breasts use an injection or baste with a marinade while smoking.
Keyword Smoked Chicken Breast Brine