I found myself is possession of some chopped sirloin burger patties today and it gave me a chance to write a Thank You post to Josh from The Meatwave.

Josh does barbecue sauce reviews on a regular basis and at times does a give away.  I got lucky this month and won a bottle of Cowboy’s Smokehouse Hickory bbq sauce. 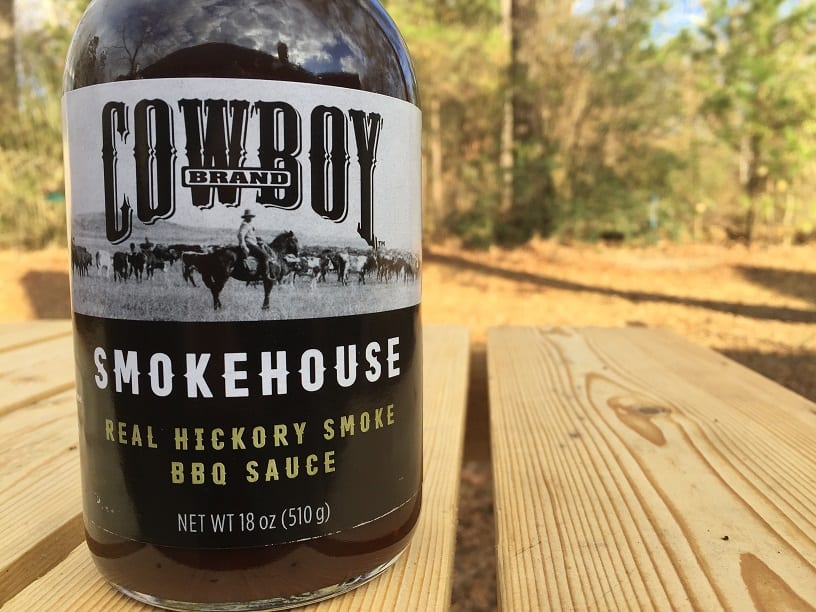 When I realized that I had chopped sirloin patties on my hands I knew I had the same problem Josh did a while back when his buddies asked him to make burgers with 93/7 lean ground beef.  These things were going to be dry!

I took a cue from Josh’s book and made a version of his Butter Burgers.  Josh was able to work butter into his patties to add some fat and hold off the dryness.  Since my patties were already formed I just made a dimple in the middle and added a tablespoon of butter to the top. 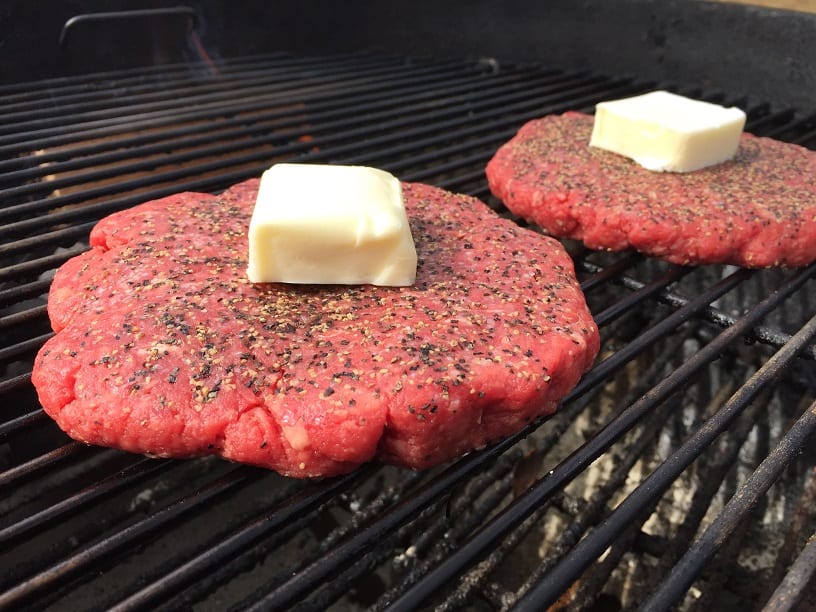 I smoked the burgers at about 275F using a split of cherry and Kingsford charcoal. 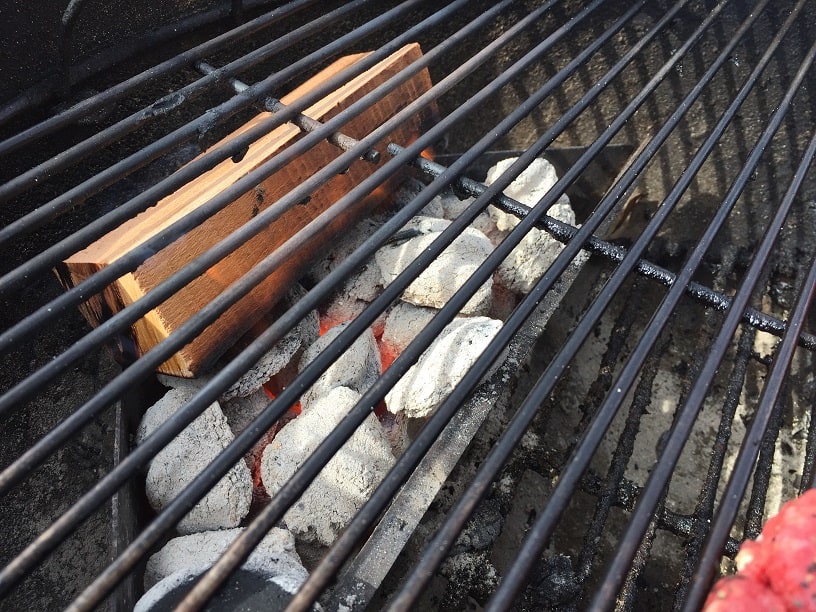 After 20 minutes the burgers had hit 140F and the butter had melted into pleasing puddle on top of the burger. It’s hard to say how much of the butter actually penetrated into the burger but I like this idea! 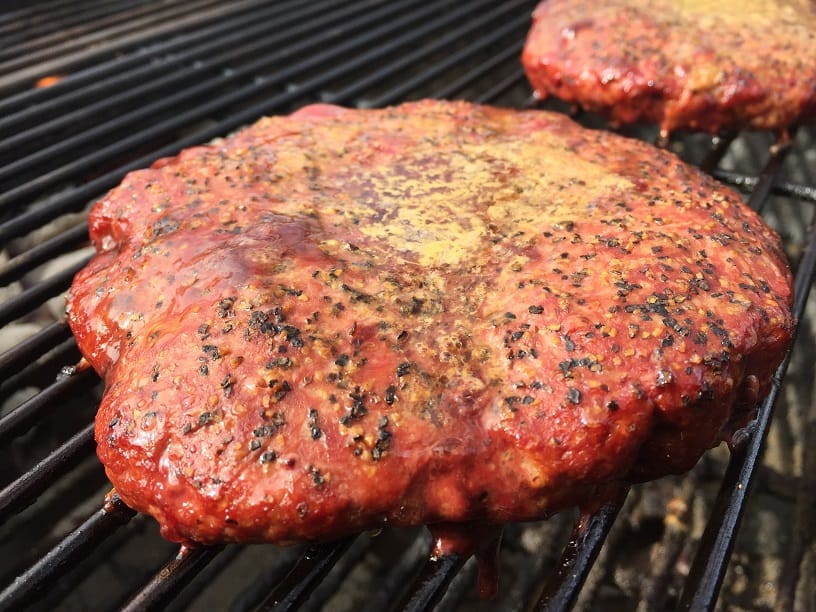 The burgers got topped with some Swiss cheese and the barbecue sauce and then moved over the coals to finish off grilling. 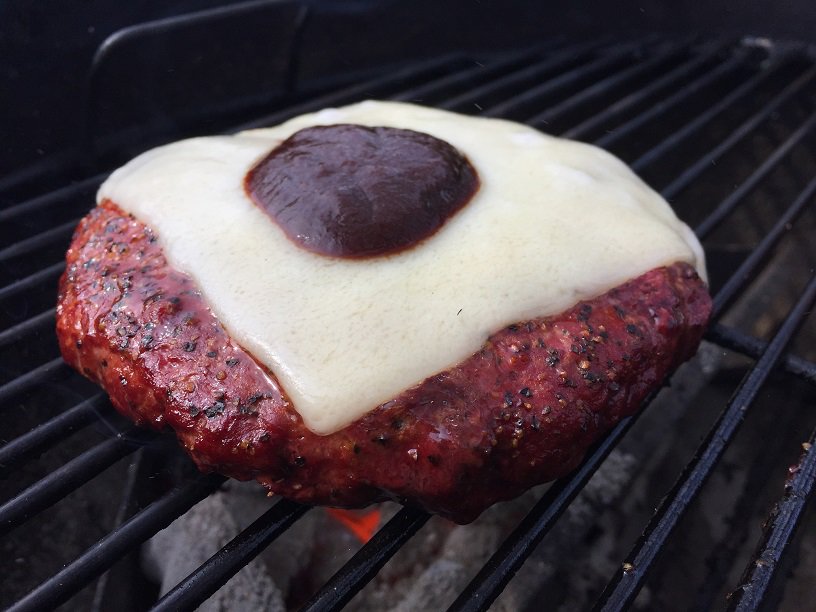 I know Josh wasn’t crazy about this sauce when he tried it on chicken but he was spot on when he suggested it would be good on burgers.

A smoked butter burger with a little free barbecue sauce is always a good thing in my book! 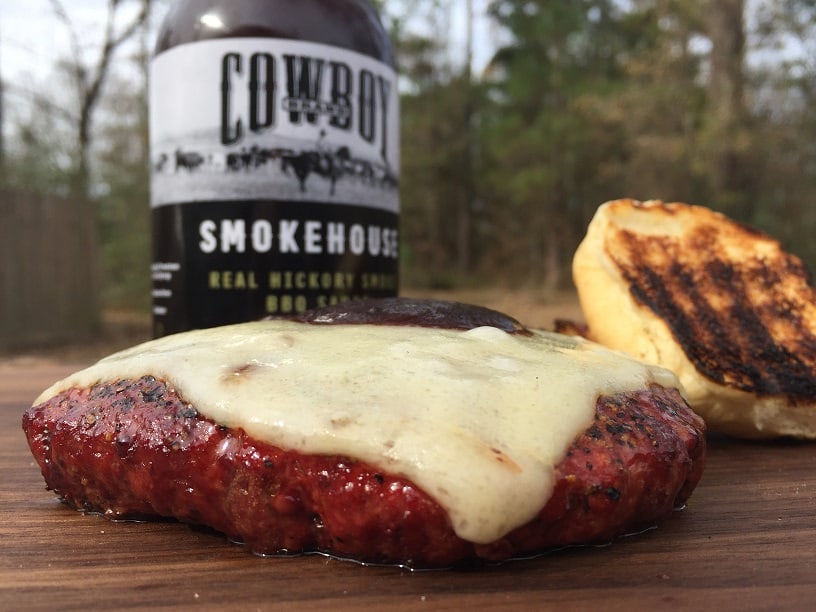