Two days before Christmas, I picked up a nice 4 bone Ribeye Roast. I cut off two 1” or so thick steaks to grill on the Weber 26.75 for supper that night. 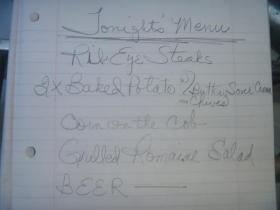 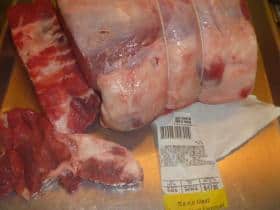 Seasoned both steaks up with Canadian Steak Seasoning (No Salt), Cracked Black Pepper and some Kosher Salt.

Wrapped them up in plastic and let them marinate for a couple hours. 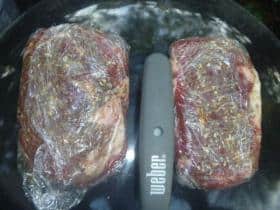 Got a nice hot two zone fire going on the Weber 26.75. Well maybe a wee bit too hot. Then added some hickory chunks to it. 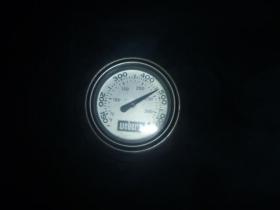 I started off with the hollowed out baked potatoes and corn, placed on the cool part of the Weber 26.75. I’ll put the cut side down about 2 minutes before everything is finished. 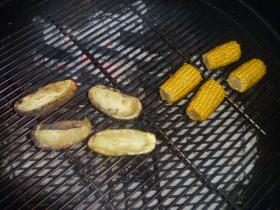 About 15 minutes into the cook, I added the steaks over the direct heat and seared both sides. Then moved to the cool zone to finish to medium rare. 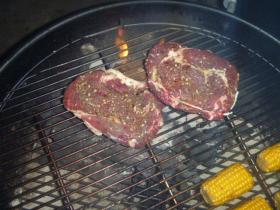 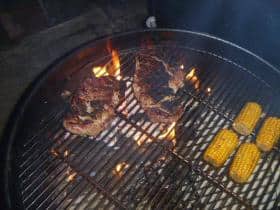 I halved, rinsed and seasoned a nice head of romaine lettuce. Just EVOO, Kosher Salt and Black Pepper. Then placed over the direct coals for about 2 minutes on each side. 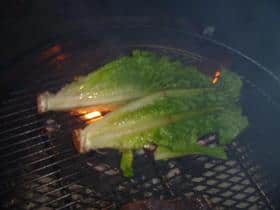 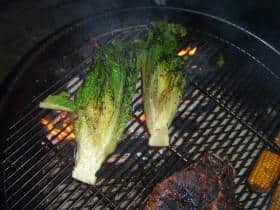 During the last 2 minutes, I placed the potatoes, cut side down over the hot coals, to brown and crisp up a little bit.

I then took them inside and piped the potato mix (sour cream, butter, bacon bits and chives) back into the hollowed out shell. Added a nice coat of cheese to the top and placed under the broiler until melted and slightly browned.

Chopped and plated the lettuce halves, added some EVOO and Balsamic Vinaigrette and some Blue Cheese Crumbles.

The steaks were tented and rested after coming off the grill along with the corn. 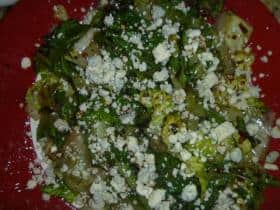 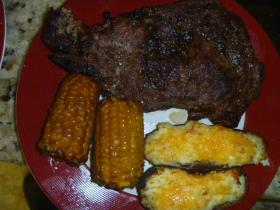 Thanks for lookin’ and I hope y’all had a TERRIFIC Holiday.