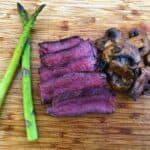 The Tom and Jerry Steak: Where to Buy and How to Cook! I had a blast grilling this cartoon classic steak.  The key to this steak is to start with Wagyu beef and to flip it often while grilling. 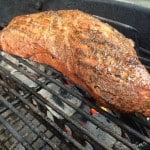 How to Smoke a Tri Tip on a Weber Kettle: This is a classic “Reverse Sear” method. The grill is set up with the charcoal on one side and the tri tip on the other and the roast is smoked until it reaches an internal temperature of about 125F.  The meat is then moved directly over the charcoal and seared until Medium Rare. 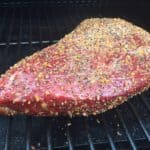 How Long to Smoke Tri Tip The length of time it takes to smoke a tri tip is going to depend upon the size of the roast and the temperature your are using but, in general, you should allocate about 90 minutes. 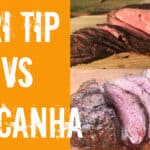 Tri Tip vs Picanha Picanha and Tri tip both come from the Sirloin primal and are excellent steaks.  There are some subtle differences between them and each steak has passionate regional fans. 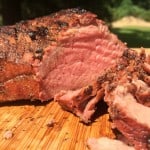 Where to Buy Tri Tip? One thing that Tri Tip and Picanha have in common is that it can be hard to find either of these cuts for sale in your local grocery store.  This article is a handy guide for sourcing high quality tri tips that will taste amazing. 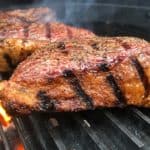 How to Grill Picanha A quick look at how to grill this amazing steak.  All you need is salt, pepper and a nice hot grill! 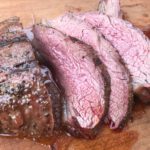 Where to Buy Picanha It’s amazing how hard it is to find picanha steaks at the grocery store!  Here are a few places to buy the steak online as well as tips for ordering from your local butcher. 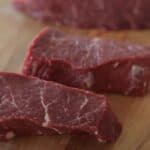 What is Picanha? This is an amazing steak but it causes some confusion.  This article answers your top questions about this cut of beef. 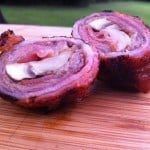 Bacon Wrapped Stuffed Sirloin Bites This is a slick way to turn an average piece of meat into a spectacular appetizer.  You will need to pound the sirloin flat and cut it into strips before stuffing with mushrooms and wrapping in bacon.  Delicious! 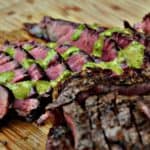 How to Grill a Porterhouse Steak on a Charcoal Grill A Porterhouse is a visually impressive steak that is actually pretty easy to grill.  This recipe will walk you through how to cook an amazing Porterhouse steak and prepare a classic chimichurri sauce for serving as a condiment. 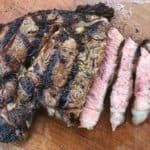 How to Grill Ribeye Steak: World Championship Recipes Did you know that you could win $10,000 if you cooked the perfect ribeye steak?  That is how much the Steak Cookoff Association pays the World Champion each year in this fun new contest series.  Come see how the professionals cook a steak when there is big money to be won. 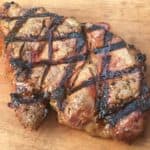 Chuck Eye Steak: The Best Steak You Have Never Tried One of the best bargains in the world of steak is the Chuck Eye.  This steak is nearly identical to the ribeye, minus the spinalis, and costs much less. 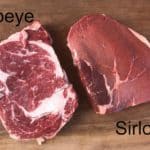 Sirloin vs Ribeye Steak The ribeye is the king of all steaks but that doesn’t make the other cuts chopped liver.  Sirloin is a leaner, healthier steak than a ribeye and can be bought at a fraction of the price. 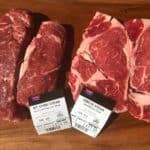 New York Strip vs Ribeye  The Strip is a lean steak that is not as tender or flavorful as a Ribeye.  I prefer to smoke Strips as a whole roast after the fat cap and silverskin have been removed. 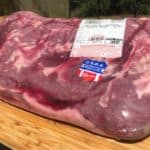 New York Strip Roast From Costco: Smoked and Sauced! Buying a whole New York strip roast and putting it on the smoker is one of my favorite things to do for holiday gatherings.  A whole roast is easy to cook, looks impressive and, on a relative per pound basis, a great bargain. 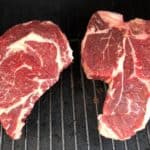 Porterhouse vs Ribeye Steak The Porterhouse looks impressive until it is put head to head with the monster of the ribeye steaks, the Tomahawk!  I love the look of a Porterhouse but since it is composed of two very different steaks separated by a massive bone it is a challenge to properly cook. 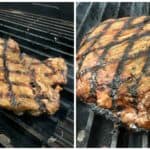 Skirt Steak vs Flank Steak These two steaks are defined by huge flavor and a grain structure that must be sliced properly in order to be tender.  These are affordable cuts that are both often used for fajitas but one of them is better for the platter. 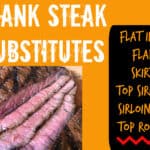 Flank Steak Substitutes: Alternatives for Slow Cooker and Fajita Recipes So what do you do when a recipe calls for flank steak but you can’t find any at the store?  this guide walks you through six alternatives and shows you which ones are better for the slow cooker and which would be better for fajitas. 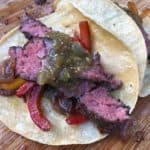 How to Grill a Bavette Steak: Fajitas Supreme! The Flap, or Bavette, steak is similar to skirt steak but has a more open grain structure that makes it better for soaking up marinades as well as being more tender. 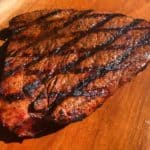 Smoked Top Round Steak: Easy and Inexpensive The Top Round can be a great steak if you cook it slowly to Medium Rare and slice thinly. 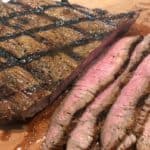 Sous Vide London Broil You will often found Top Round steaks being sold as “London Broil”.  One great way to cook a London Broil is by Sous Vide.  I found that cooking it for two hours at 129F followed by a quick sear makes for a delicious steak. 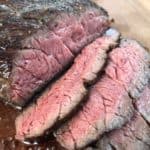 Denver Steak: What Is It and How to Cook The Denver steak is harvested from the Chuck primal. The steak has average tenderness and flavor and while I would never turn one down there are other steaks I enjoy more. 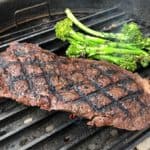 Sous Vide Flat Iron Steak The Flat Iron is another steak cut from the Chuck primal and it is absolutely amazing.  This is one of the most tender cuts on a steer and has tons of flavor.  I absolutely love Flat Irons and this recipe will show you how to cook them with the Sous Vide method. 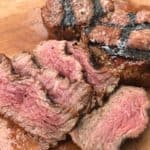 Teres Major Steak: What Is It, How to Grill and Where to Buy The Teres Major is yet another steak taken from the Chuck and it is a rare gem.  This small steak is hard to harvest and there are only two per steer which makes finding them at the grocery challenging.  If you find one then go ahead and buy it because it will be one of the best steaks you have ever grilled. 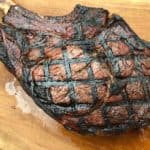 How to Grill a Tomahawk Steak: Thick Cut, Reverse Seared! If you want to put on a show and impress your guests (or IG followers) then a Tomahawk is the way to go!  A Tomahawk is a thick cut ribeye that is still attached to a massive rib bone.  Invariably you end up overpaying when you buy a Tomahawk because you are buying a large bone for $15 a pound….but hey, this is what you get when you want to celebrate.