The Pit Boss Pro Series 820 and 1100 pellet grills are exclusive to Lowes and are very handsome grills.  If you are considering purchasing one of these guys you are probably wondering if they are worth the money and if you should get the smaller 820 or the larger 1100.

This article will show you the key features on these grills, break down over 600 user reviews and let you know why you want to buy the Pro Series 1100 instead of the 820.

General Specifications for the 820 and 1100 Pellet Grills

Overall these are solid, affordable grills with plenty of size.

Features Exclusive to The Pro Series

I suspect that most of the weight difference comes from the heavy duty diamond hatch cooking grates that come with the Pro Series.  This is a porcelain enameled cast iron grate and it is pretty beefy. 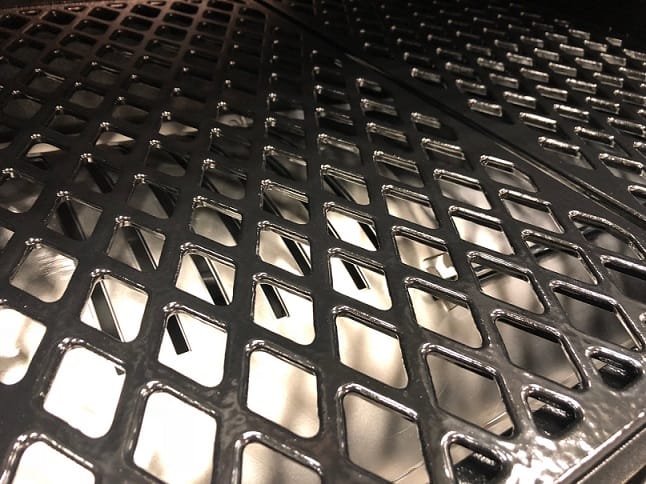 I have mixed feelings about the new cooking grate.  On the plus side I give Pit Boss much credit for going with a thicker, longer lasting grate.  This grate is going to last.  On the flip side, diamond hatch grates are, in general, a pain to clean.  With the old simple rod grate you could hit it with a brush and then wipe the rods down with paper towels.  The diamond hatch creates many, many more edges and corners for grill gunk to get stuck to.  Overall though the grate is a big improvement.

The Pro Series is, in my opinion, the best looking of all of the Pit Boss grills.  It has the same general copper color as the Austin XL but with more of a hammered steel texture.  The grill has a front mounted collapsible work shelf with some cool looking stenciling as well as some useful tool hooks. 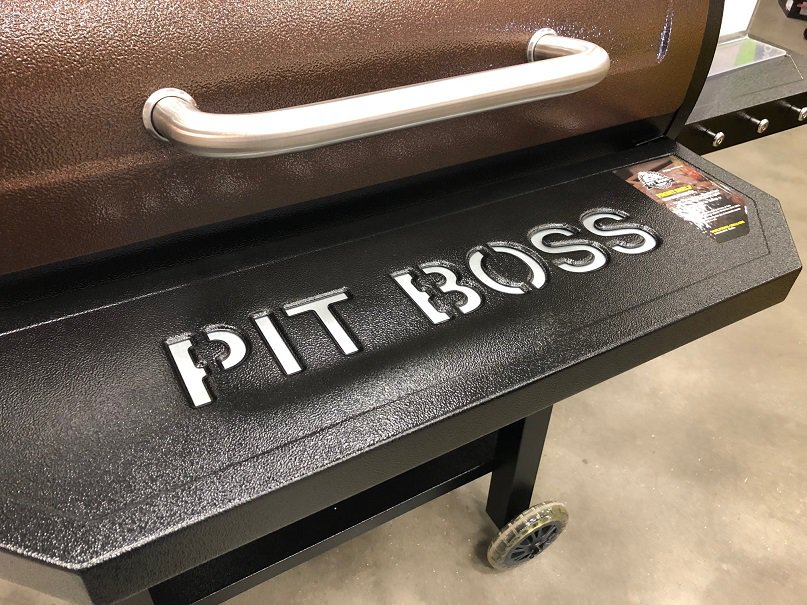 While I don’t really care about the 50 degree increments on the higher end I do not like the fact that you can’t hit 275F on this grill as that is where a lot of folks like to cook.

These grills came out in 2019 and were big sellers for Lowes.  As a result there has now been enough time for a significant number of real world user reviews to be posted.  As of June 19, 2020 there are 359 reviews for the 820 model 288 reviews for the 1100 model on Lowe’s website. Here is what the data looks like. 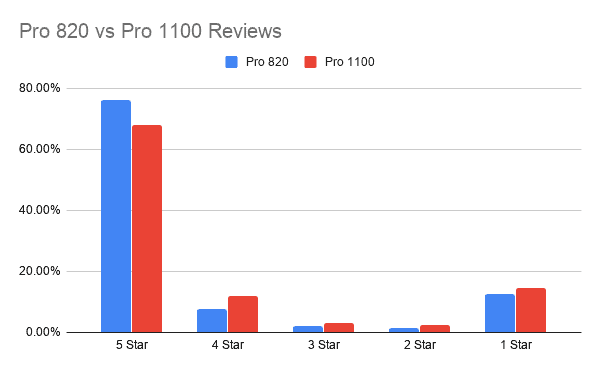 The data set is interesting in that, in general, people either love or hate the grills.

Looking at the negative reviews for the two grills gives a pretty good picture of the problems.

The first issue is that if you crank up the heat on these guys you stand the chance of having the paint bubble up and peel off.  Not long after the paint comes off you will be dealing with rust issues.  The paint is NOT covered by the 5 year warranty.  If your grill starts to lose the paint then a relatively simple fix is to get a spray can of high heat grill paint and do touch ups where needed.

The second issue is that a lot of the grills had significant electrical problems.  Folks reported multiple instances of their grills constantly tripping the GFCI outlets they were plugged into, failed electronics, bad ignition rods, etc.  These issues are covered by the 5 year warranty but people were frustrated at how long it took Pit Boss to send replacement parts.

The nice thing about the electrical problems is that they presented themselves pretty fast.  People were discovering the problems during the first few cooks on the grills.  One approach you can take is to buy one of the grills and if you happen to get one with an electrical problem simply take it back to Lowes within 30 days and get a different one.

The general impression I got after reading all of the reviews is that, as long as you do not get a grill with electrical problems, these grills work great but you should expect some issues with the paint.

At first glance the only difference between the 820 and 1100 is size.  A closer looks reveals several details that make the 1100 the absolute right choice to buy.

One minor upgrade on the 1100 is the addition of a second meat thermometer so you can monitor the progress of your pork butt and brisket at the same time.  A second minor upgrade is the use of caster wheels to make moving the grill around easier.

A major upgrade on the 1100 is the addition of a Simple Slide for the flame broiler shield.

Almost all of the Pit Boss pellet grills have the ability to flame broil by sliding back a portion of the heat shield that is directly above the burn pot.  The problem has been that sliding the heat shield was a pain in the neck since you had to use a pair of tongs to reach between the grates and manually push the thing.

The Pro Series 1100 has a lever located outside the body of the grill (under the side shelf) that you can simply pull back and forth to move the heat shield as needed.  The Simple Slide is not present on the 820.

I really dislike pellet grills with hopper capacities of less than 20 pounds.  This seems like such a little detail but it drives me nuts.  The most commonly sold bags of wood pellets weigh 20 pounds.  Why in the world do manufacturers make hoppers that can’t hold a full bag of pellets???  Do they really want you to fill up the hopper and have to store the remaining pound of pellets somewhere in your garage?