The pellet smoker and gas grill combination units from Pit Boss look sharp and will be flying off the store shelves soon.  The Combo units offer the ease of smoking ribs with a digitally controlled wood pellet smoker combined with the ability to do some quick grilling of burgers and brats on the attached three burner gas grill.

Pit Boss makes several Combo models.  The Pro Series 2 1100 is exclusive to Lowes while the Charleston is exclusive to Walmart.  While these two models have a lot in common in terms of size and function there are a few important differences you should know about before making a purchase. 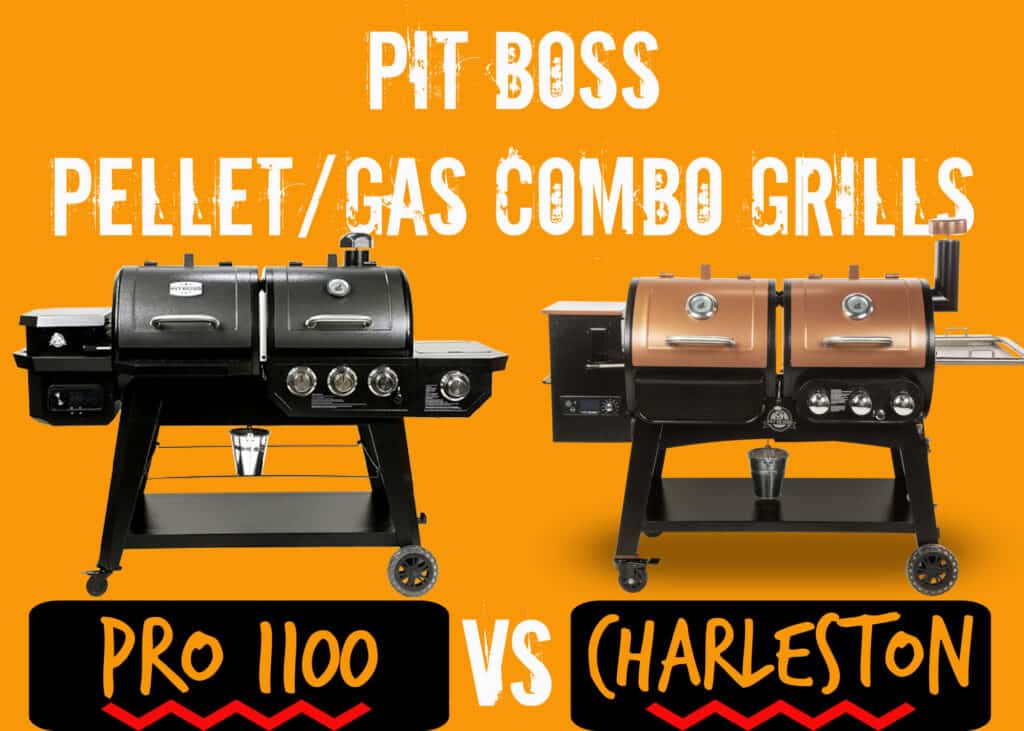 This article is meant to help you figure out if a Pit Boss Combo is right for you.  However, there are a few things I want to mention before we get into this guide just to let you know where I stand with these grills.

The Charleston and the Pro Series 2 1000 share the same basic design and have most of the same features.  Here is a comparison of the primary features between these two grills.

The grills have the same size, temperature range and quality of construction.

There are some other features on the pellet smoker side of both grills that are worth mentioning.

Both of these have a “Flame Broil Lever” that lets you easily slide the heat deflector plate to access to flame grilling over the exposed fire pot.  Other Pit Boss pellet grills like the Austin XL have direct flame grilling capability but sliding the heat shield is a pain in the neck.

These grills also feature a foldable front shelf on the smoker side of the unit which provides some nice working room as well as two stainless steel meat probes.

The last interesting common feature is a “Pellet to Gas Damper”.  You can pull a lever and open a damper that allows smoke from the wood pellets to go into the gas fired section of the grill.  This feature lets you add smoke flavor to your grilled burgers and veggies.  You can also keep the gas burners turned off, open the damper and use the gas side as a cold smoker for cheese, nuts and salt.

Differences Between the Charleston and Pro Series 2 1100

Other than styling there are two major differences between these combo units; side burners and control units.

The massive difference between these grill is the control panel for the wood pellet smoker.   The Charleston operates on a standard “Dial In” panel while the Pro Series 2 1100 runs off of a PID controller.

Which Grill Should You Buy?

At first glance, the Pro Series 2 1100 looks like the better grill.  This model is nearly identical in function to the original 1100 Combo grill that folks really liked and comes with an upgraded PID controller.

However, there is a downside of using a PID to run a pellet grill.  One of the largest complaints about almost all pellet grills is that they do not produce as much smoke flavor as barbecue pots fueled by charcoal or wood splits. When a pellet grill uses a PID the result is a smoker that runs extremely efficiently and produces even less smoke.

The other problem with this WiFi enabled PID is that it has not worked so great on other Pit Boss grills. The Pit Boss Pro Series 850 and 1150 pellet grills use an identical PID controller to the one on the 1100 and, according to the scathing customer reviews at Lowes, the controller is extremely buggy.

Not only is the controller buggy but apparently the app is both buggy and extremely limited in functionality.

I do not know what the exact technical problem is with the controller on the 850 and 1150.  It could be a simple issue that will be solved in the future with a firmware update.  I am writing this in January, 2021 so you might want to check out the barbecue forums for the latest updates on the controller.

If I had to choose between these two grills then I would buy the Charleston.

Other Combo Grills to Consider

The Charleston and Pro Series 2 1100 are going to get a lot of attention as they will be featured on the floor of two major Big Box stores.  However, Pit Boss has a few other pellet/gas grill combos you should consider. 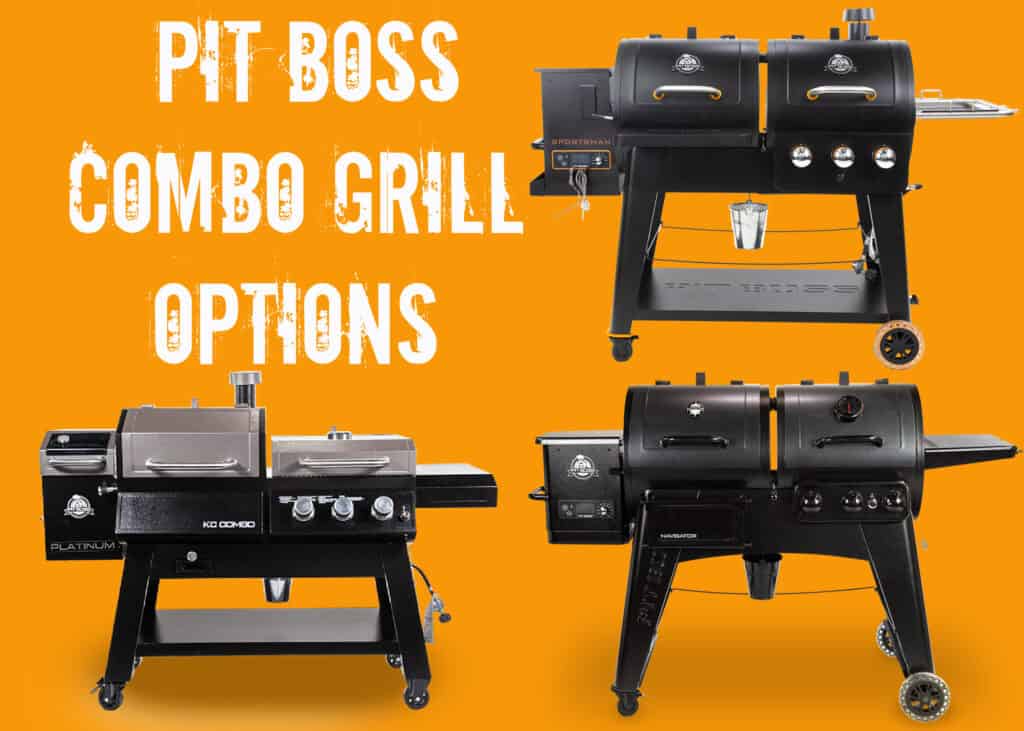 By the way, the Oklahoma Joe’s Longhorn 3 in 1 Combo is also a nice multi-purpose cooker if you are interested in combo unit that does not use pellets.

While the Charleston can only be purchased at Walmart, Pit Boss has two equivalent grills for sale on their website, the Sportsman and Navigator.

Other than color and styling, the only significant difference between the Charleston, Sportsman and Navigator is the capacity of their pellet hoppers.

If you really like the idea of a combo grill with a PID controller then check out the Pit Boss KC Combo which is also a Walmart exclusive.  The controller on the KC Combo does not seem to have as many issues as the one used for the 850 and 1150.

A nice feature on the KC Combo is that the gas side can be used as a griddle which greatly increases the flexibility of the unit.

Most of these grills are new for 2021 and at the time of this writing there are not enough real world customer reviews to make conclusions about reliability and cooking performance.

If you have first hand experience with any of these combo units, positive or negative, then please leave a comment below so we can all learn together.