I struck gold this week when I discovered my local grocery had started selling Meat Mitch barbecue sauce.  I picked up a three pack and can tell you that I am one happy man!

The Meat Mitch brand was started by Mitch Benjamin and is named after his world championship winning competition barbecue team from Kansas City.  Mitch has some seriously awesome rubs and sauces, and his Naked sauce just won a First Place Award of Excellence for a Mild Vinegar Sauce from the National Barbecue and Grilling Association.

Mitch has three sauces available, Whomp! Naked, Whomp! Competiton and Char Bar Table Sauce.  All of the products are gluten free and none of them use High Fructose Corn Syrup.

Mitch’s Whomp! Naked sauce has a cider vinegar base that is complimented with brown sugar, tomato paste, Worcestershire sauce and a just enough spices to grab your attention.  This is the sauce that won the First Place Award of Excellence for a Mild Vinegar Sauce. 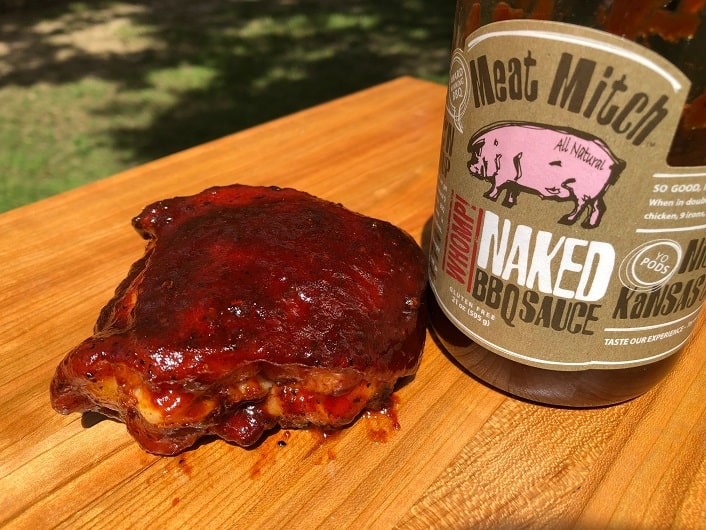 We cooked up a batch of smoked chicken thighs and gave them a dunk in this stuff.

I was delighted with the color and it just WORKS with chicken.  The sauce is full of flavor with a nice vinegar “twang”.

Mitch’s Whomp! Competition sauce is very similar to the Naked sauce but the heat level has been kicked up a few notches. 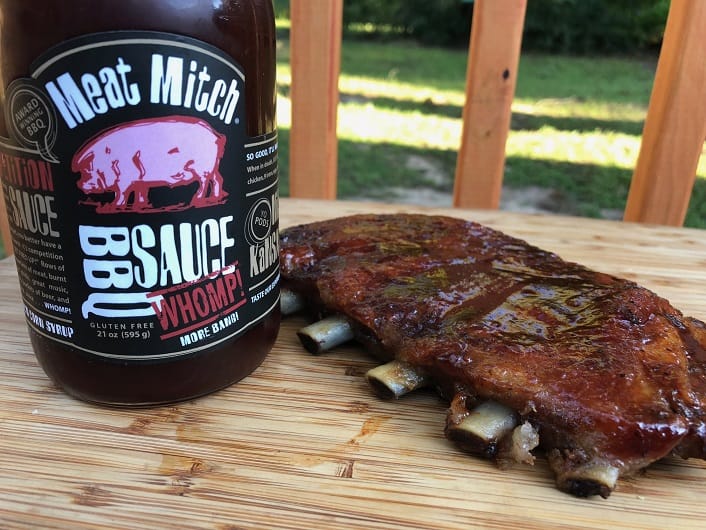 We tried the Competition sauce on some smoked ribs and give this stuff a massive thumbs up!  Again, great flavors with a nice heat level.

This sauce took me down an interesting path!  It turns out that Mitch has gotten into the restaurant business and is a partner in the Char Bar Smoked Meats and Amusements joint.  This is the table sauce for the restaurant and it is much different from the Naked and Competition sauces.

The Table Sauce has been thinned out and there is a nice brightness from some lemons. 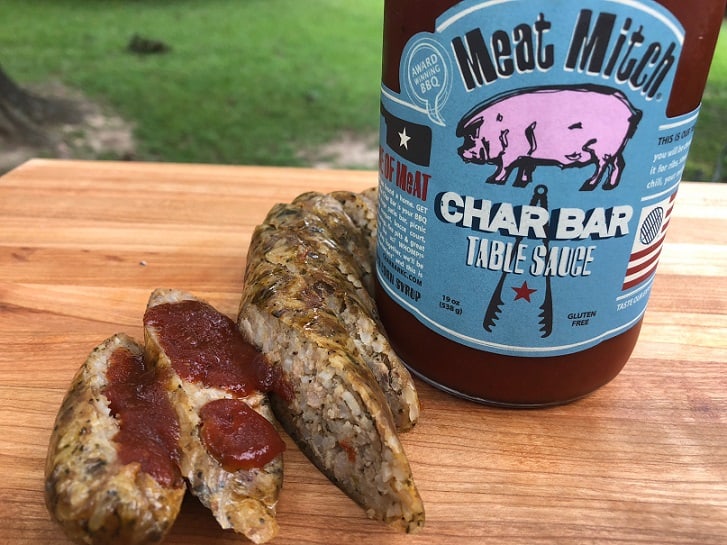 We started out by trying the Table Sauce on some smoked boudin slices.  We liked it so much we ended up putting it on everything.

Mitch offers a warning with this sauce.  This is a Table Sauce but don’t let it drip onto the table or else you will end up eating the wood.  Yep, that makes sense now.

What made this an interesting turn for me is I discovered that Mitch is using this operation to make his competition barbecued meats available to anyone!  Mitch isn’t offering restaurant quality barbecue.  Mitch is offering the exact championship winning barbecue that he turns into the judges.

Want to try some championship brisket, ribs or pulled pork?  Here you go!

Bottom Line:  Meat Mitch has great products and they get a heck of a recommendation from me!