Cod is one of my favorite fish as it is meaty but light and does not have a strong, oily “fish taste”.  Cod is a little like chicken in that it is a blank canvas for marinades and is great either grilled or smoked.

Let me show you how I smoke cod on my pellet smoker and use it to make some great fish tacos! 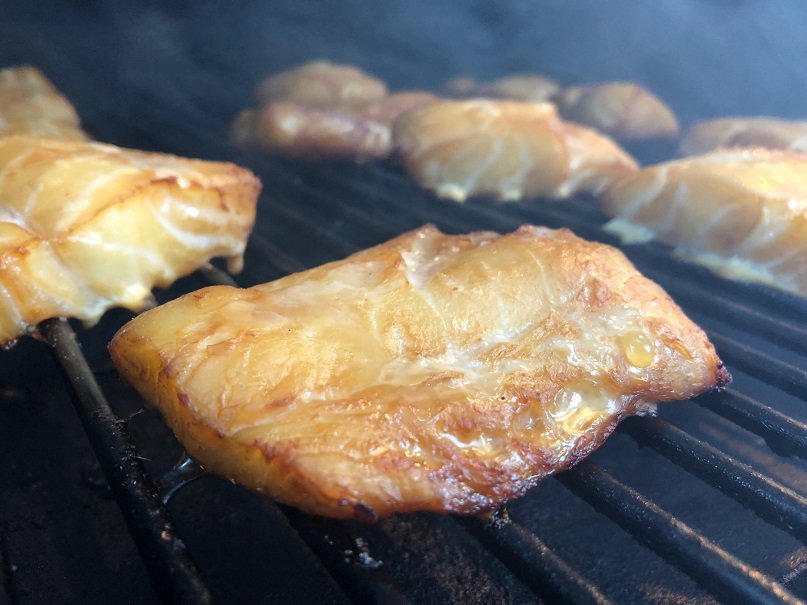 How to Smoke Cod

The general steps to smoke cod are as follows:

Let’s look at these steps in a little more detail.

Preparing the Cod for the Traeger

I have been getting 1.5 pound cod filets from Costco.  I quickly learned that I got much better results when I cut the filet into multiple “steaks” than trying to cook it whole.  The smaller pieces are easier to marinate, don’t fall apart when you take them off the smoker and are already a perfect portion size. 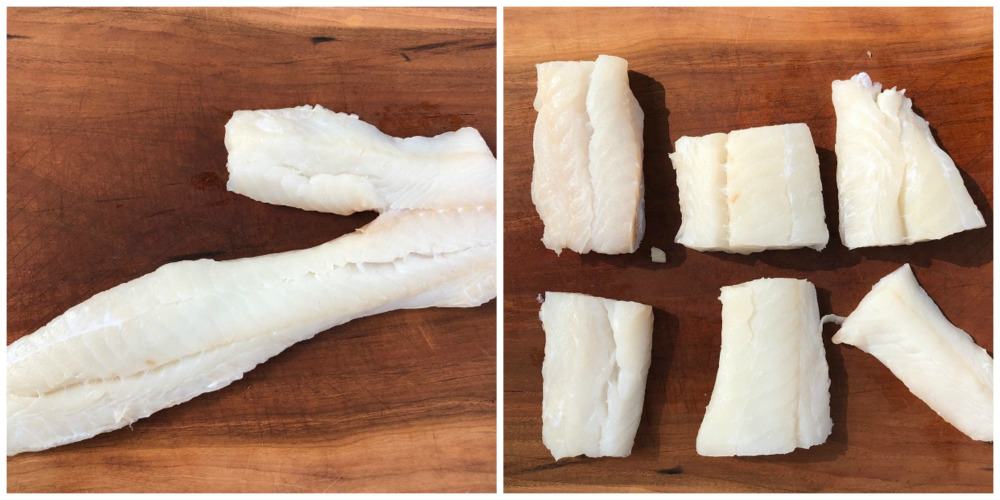 Marinade or Brine the Cod

You are going to want to get some salt, moisture and flavor into the fish before you smoke it.  Some folks like to soak it in a light brine for 3-4 hours but I get more aggressive and use a bold marinade for an hour.  Here is my favorite marinade for this fish:

Let the fish marinate in the refrigerator for one hour.

After an hour, remove the fish from the marinade, pat dry with paper towels, place the fish on a wire rack and return it to the refrigerator for at least an hour so a pellicle can form.

There are a lot of different techniques out there for smoking fish and, to be honest, some of them seem overly fussy.  Some of them have you cold smoking the fish for a few hours and then raising he temperature of your smoker until the fish is done, etc.

I just use a single temperature and make sure I have clean smoke. 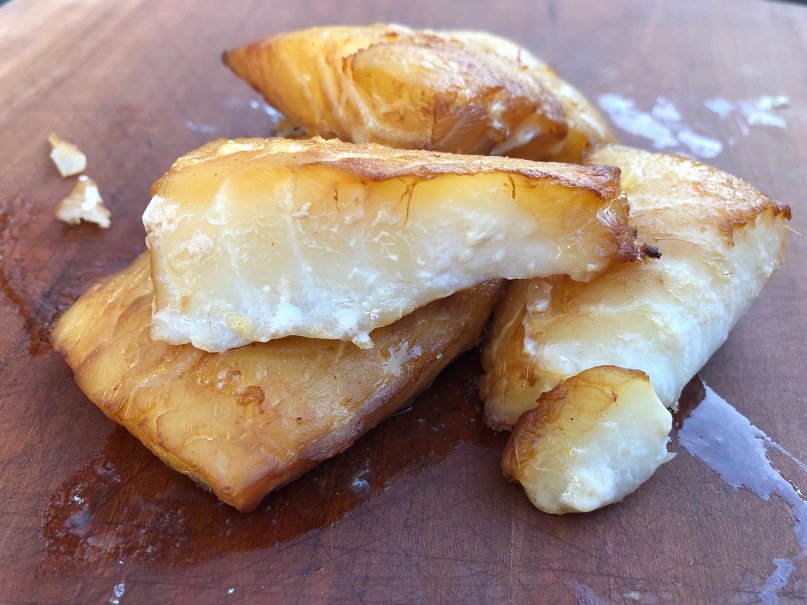 I like to smoke this fish at 225F with apple for smoke for 45 minutes to one hour until an internal temperature of 145F is reached.  I would prefer to smoke at 200F to be a little gentler on the fish and get some more time in the smoke but I have a hard time getting a clean burn with my Traeger at that temperature.

The cod steaks are going to have different thicknesses and will not all be done at the same time.  Start checking the thinner filets for doneness at the 45 minute mark. The larger portions will take around an hour.

After you have smoked the cod you have got a great start on some killer fish tacos!  My recipe is stupid simple but looks and tastes amazing.  And by the way, here is a link for a post with a bunch of side dishes for fish tacos!

Start with shredded cabbage, cole slaw mix, or shredded broccoli slaw and let it soak in seasoned rice wine vinegar for 15 minutes.  After 15 minutes, pour off the vinegar and lightly dry the veggies with a paper towel.

Using a corn tortilla, put down a layer of slaw, followed by a generous amount of sour cream.  Add the smoked cod, paint it with a drizzle of Sriracha and squeeze a lime wedge over the top.  If you want to make this even better then take a minute to make up a batch of this amazing Spicy Sriracha Mayo! 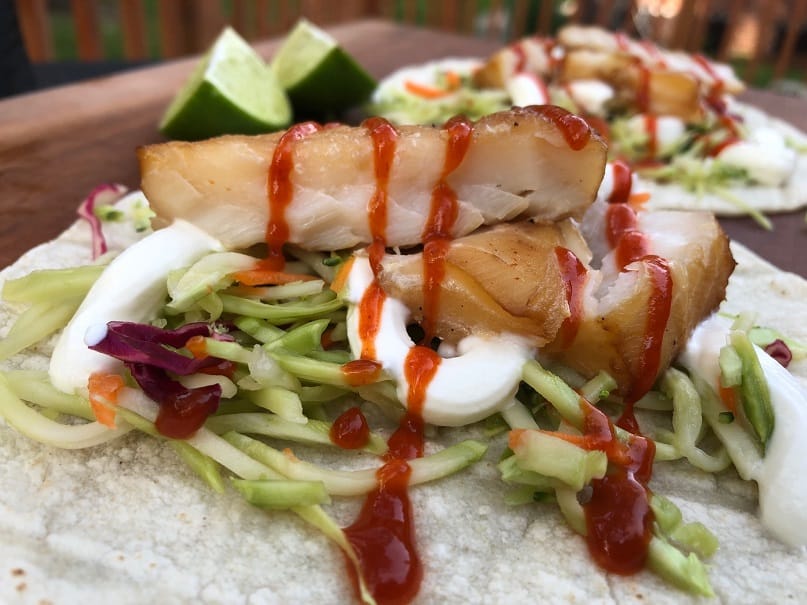 The smoked fish is amazing in fish tacos with some slaw, sour cream and a squeeze of fresh lime juice!
Keyword smoked cod