Chicken drumsticks are great to cook on your smoker since they are delicious, inexpensive and cook fast.  You can easily put a batch of legs on your bbq pit when you get home from work and have them ready to eat for dinner. Chicken legs are pretty forgiving on the smoker and you don’t have to do much to make them delicious.

I wanted to share the cook times I use for smoking at two different temperatures and an EASY way to make some smoked chicken legs that are sure to impress. 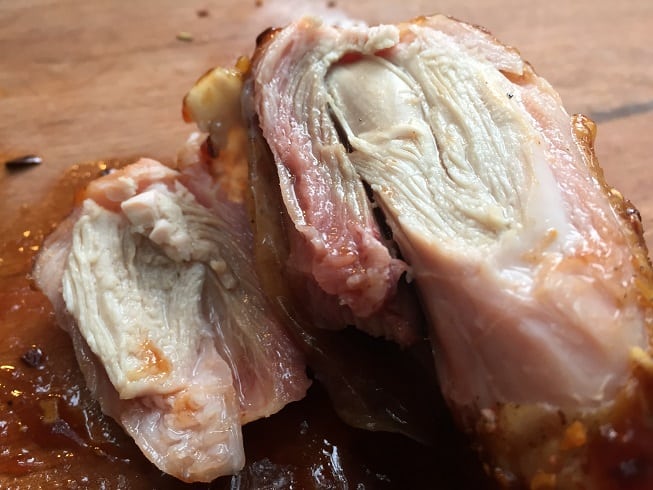 I prefer to cook legs at high temps.

I wanted to be able to share some precise cooking temperatures for you so I smoked two batches of drumsticks, one at 275F and the other at 325F.  Each batch rested at room temperature for 30 minutes before being placed on the smoker.

FYI…I picked 275F as one of the cooking temperatures as that is the maximum temperature for many models of electric smokers. 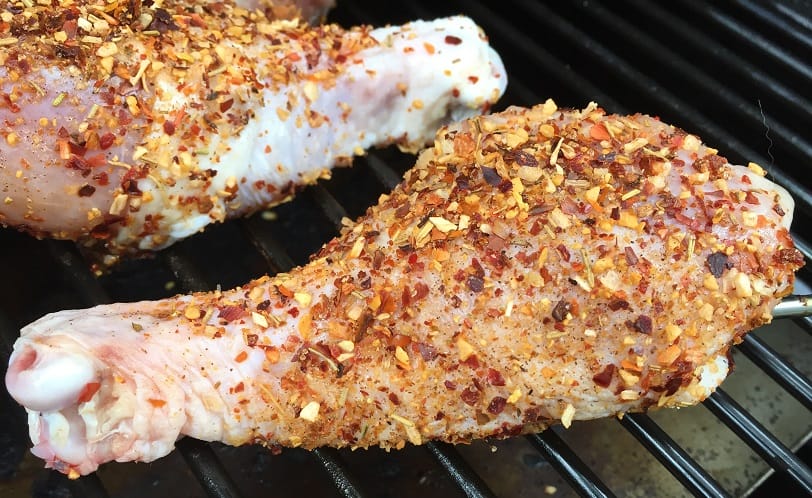 I took both batches of legs to an internal temperature of 170F.  Chicken is safe to eat at 165F but I like to take legs a little higher to loosen the meat up a little from all of the little tendons.  I take smoked chicken thighs up a little higher to 180F but they have more fat and deal with the higher heat better.

I was surprised that the 50 degree temperature difference decreased the cook time by 52%.  The big takeaway is to always use a digital thermometer to measure internal temperatures and do not rely solely upon time and temperature guides.

These legs got dressed with a little barbecue sauce and were plenty tasty for such a simple technique. 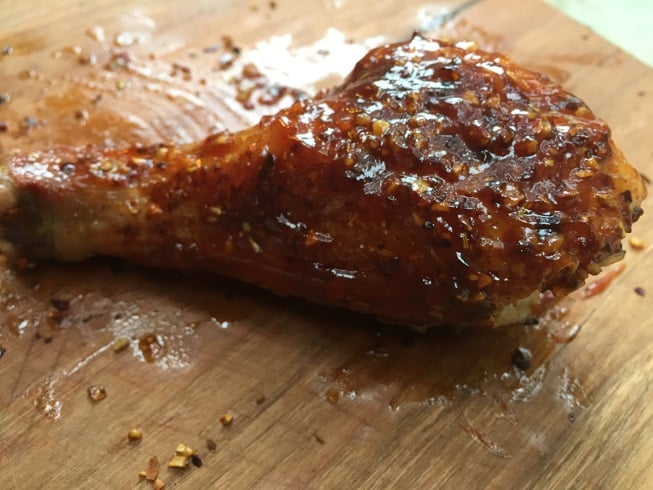 When I did this test with smoked chicken breasts I could tell a real difference between the chicken that was smoked at the two different temperatures.  The breasts cooked at 275 were much more tender.  For these legs I didn’t notice any significant differences between the two batches.  They were equally tender and extremely juicy even without using a poultry brine.

While these drumsticks were perfectly fine let’s look at how easy it is to turn them into something spectacular!

All it takes is a simple brine and a little bit of knife work to create the best smoked legs your guests have ever tried.

Using a brine on these drumsticks has two benefits.  The chicken will be even juicier and you can cook it to a higher internal temperature without it drying out.  The higher final temperature will make the meat even more tender.

Mix the ingredients and allow the chicken to brine in the refrigerator for 3-4 hours.

Remove the chicken from the brine, rinse with cold water and then pat dry with paper towels.

Place the lollipops on your smoker set at 275F and cook them for an hour to give the rub time to set up and form a crust.

After an hour, dunk the meaty section of the drumsticks into a bowl of barbecue sauce.  Return the drumsticks to the smoker and allow them to smoke another 30-45 minutes until they reach an internal temperature of 185F. 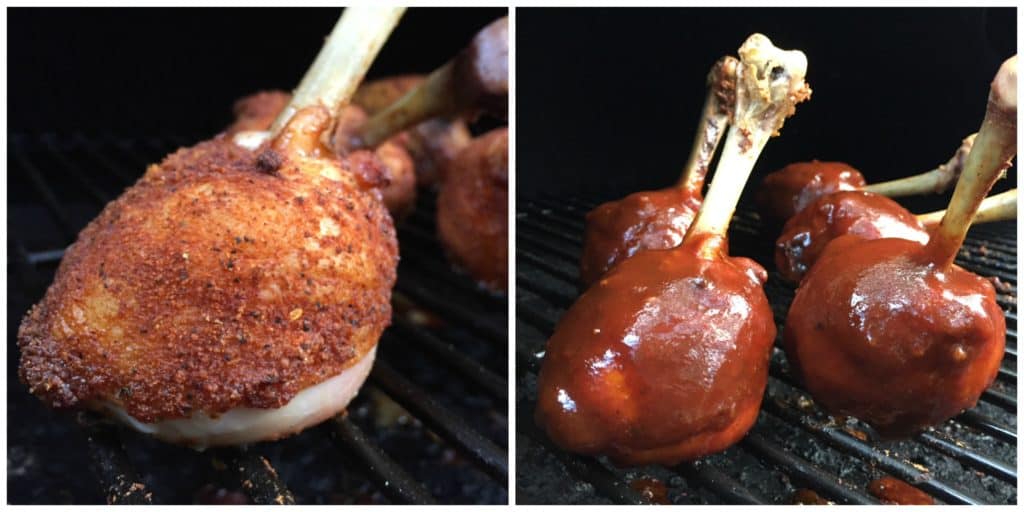 Once the legs hit 185F remove them from the smoker, arrange for presentation and get ready to dig in! 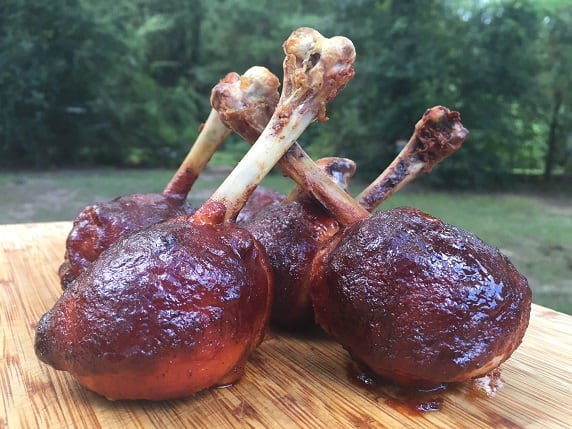 I used an oak/hickory pellet blend for this cook and was pleased with the mild smoke flavor profile.  Cooking with pellets is absolutely different than using charcoal and wood chunks and I am still figuring out how to work the smoke profiles.  If I had smoked these guys in my kettle then I would have used either maple or apple.

Chicken can easily take up too much smoke if you have a heavy hand with the wood.  The light smoke of a pellet cooker is a nice way to avoid this problem.

This general framework for smoked chicken legs out to work for you regardless of whether you are cooking in an electric smoker, pellet grill or any other type of smoker as long as you are running at similar temperatures.