If you are in the market for a highly affordable gas grill then the Dyna Glo vs NexGrill comparison is one that you need to make.  In general, NexGrill produces “bigger and badder” grills while Dyna Glo gives you basic functionality at the lowest price possible. 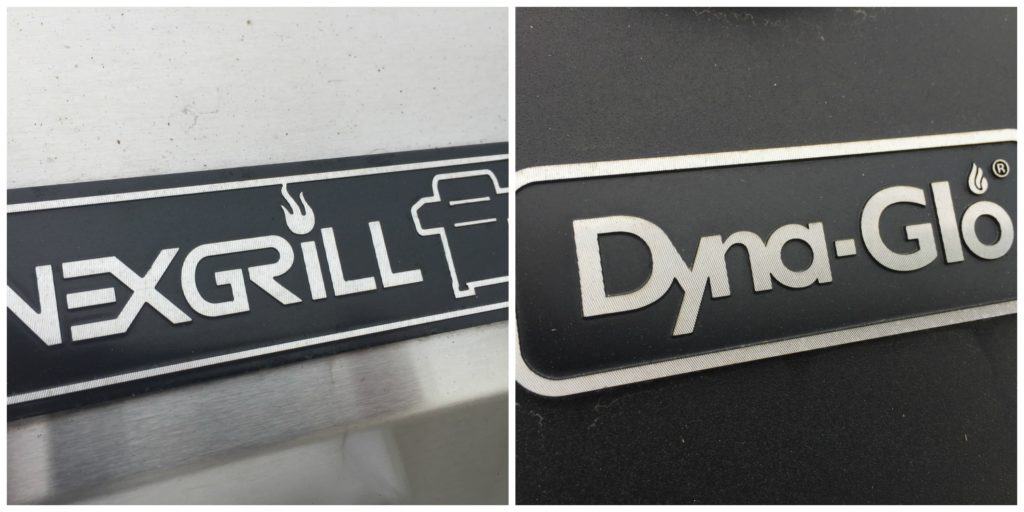 I will strongly suggest that you not be tempted by some of the nicer looking five and six burner grills offered by either company.  Most of these grills perform just fine but are not made from high quality materials. You should not expect them to last more than one to two years.  In my opinion it would be a waste of money to spend more than $300 on any product from either of these companies.

Dyna Glo is a brand owned by the GHP group and offers about 15 different propane grills and three versions for natural gas.  There is a lot of variety in quality among these options ranging from a cheap and basic two burner up to a stainless steel five burner that sports a side burner as well.

There are two options for two burner grills; Open Cart and Smart Space. 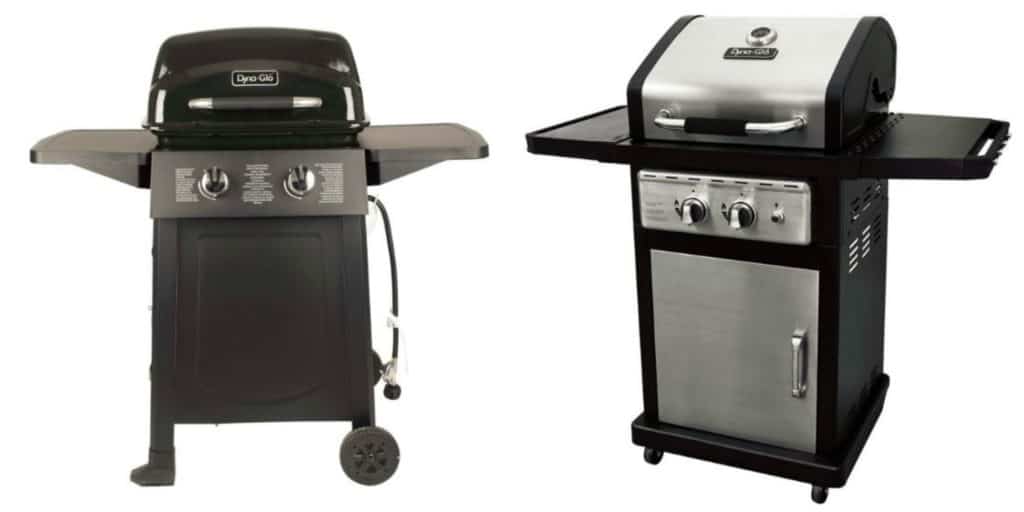 The two burner Open Cart grill, pictured on the left above is the cheapest grill offered by Dyna Glo.

Between the two grills the Smart Space is the much better product.  It has over 30% more heating power on a per square inch basis, longer lasting cast iron grates and double walled construction for better heat retention.

Dyna Glo offers one three burner grill and six four burner options.  There is an unexpected clear winner among these mid sized grills.

I am going to give the three burner grill the second place prize in the mid-sized grill category.  It has plenty of power, ample grilling space and both side tables can fold down.  If you are looking for a grill that can cook for 4-6 folks but are short on space then the three burner is a nice option.

This is where it gets interesting.  If you look past the styling differences you will find that Dyna Glo has three series of grills; DGE, DGA and DGB.  You can tell which series you are looking at as the designation is given in the first three letters of the model numbers.

There are differences in styling between the three series but they are all cosmetic and have no impact on the performance or longevity of the grills.  All of the grills come with a side burner.

While the DGE series are the largest of the four burner grills in terms of total grilling area the DGB series is only slightly smaller (486 vs 461 square inches).

The best part is that the DGB series is the least expensive option among the four burner grills!

The DGB series are sold as the “Open Cart” model and is absolutely the one I would pick.

If you are really on a budget then you can pick up a series designed for Home Depot that does not have a side burner.  The DGF series has the same grate size and burner power of the DGB series but costs even less since there isn’t a side burner.  Here is the link to the grill at Home Depot.

The five burner grills follow the same pattern as the four burner grills described above.  I would go with the cheapest version instead of the prettiest.  The inexpensive model performs just as well as the expensive ones and they will last just as long.

There are three natural gas versions of these grills and unfortunately I cannot recommend any of them.  At these prices you can get a natural gas fired Weber Spirit II and have a spectacular grill with a 10 year warranty.

On the budget friendly side of things there really isn’t much to distinguish the Nexgrill products from Dyna Glo other than cosmetic appearances.  Depending upon where you are shopping you will find the low end grills with almost identical price tags. 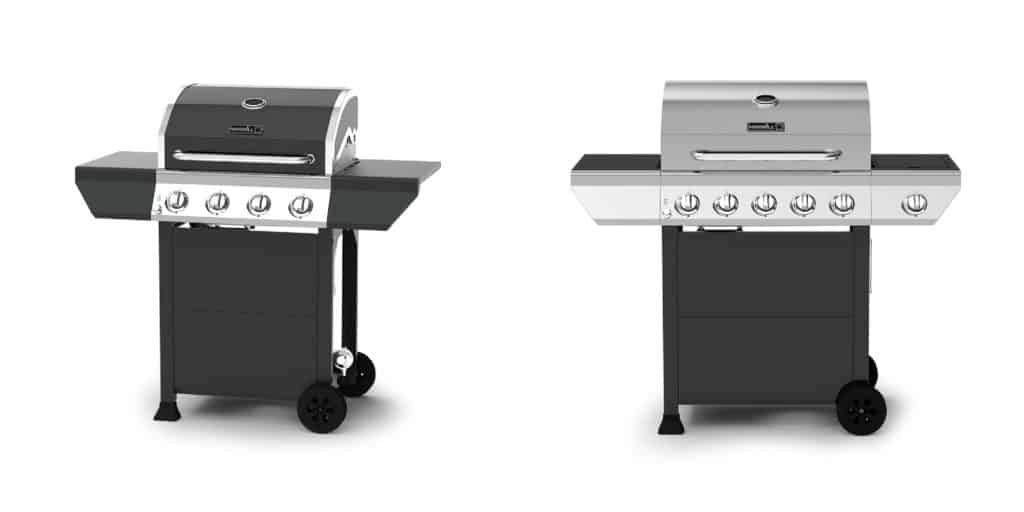 On the higher end of things the NexGrill products are a clear step above Dyna Glo.

NexGrill has a two burner and five burner grill which are set up for infrared grilling.  The “Evolution Plus Infrared” grills are not among the best infrared grills on the market but they are something to look at if the Char Broil Tru Infrared grills have caught your attention. 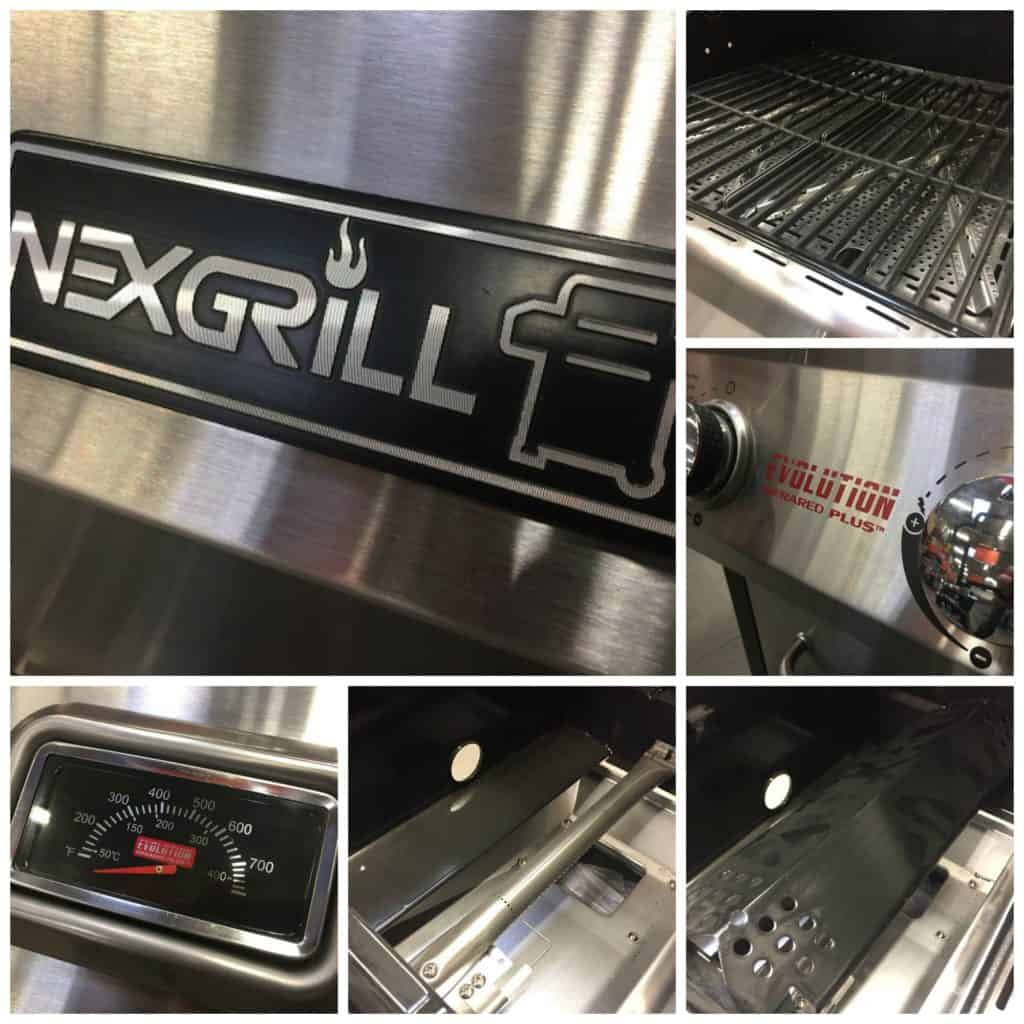 The Evolution infrared grills use a steel plate directly beneath the cooking grate as the infrared emitter.  I have not been able to find enough reviews or first hand accounts to make a statement on how well this infrared system works.

NexGrill breaks out a different type of infrared burner on their Deluxe Six Burner grill.  This grill is going to sell like freaking crazy.  I know that this grill will fall apart in two years and even so I am tempted to buy one.  There are three versions of the Six Burner Deluxe.

The grill on the left has a six primary burners and a standard side burner.

These are high end features you simply won’t find on a Dyna Glow grill. 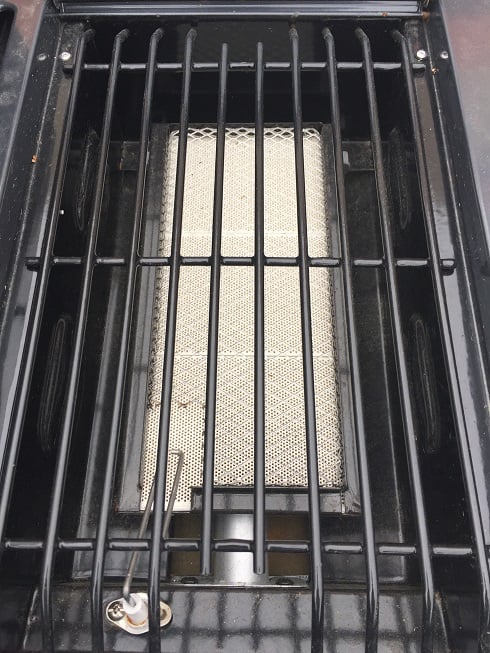 That being said, the build quality for NexGrill isn’t great and you are going to be dealing with rust pretty fast.  In fact I tip my hat to this company for actually acknowledging the build quality with one of the pamphlets that comes with the grill. 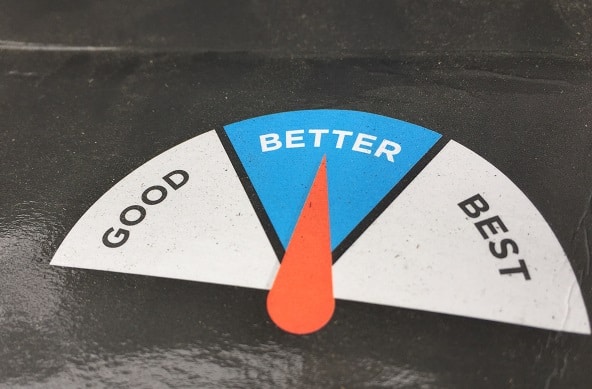 At the low end of the grill market there really are not any meaningful differences between Dyna Glo and NexGrill.  If you are looking for some higher end touches then NexGrill has some nice features that you will not find on a Dyna Glo product.

The burners on a Dyna Glo carry a warranty of five years while NexGrill burners are covered for eight years.  The burner warranties do not matter because the rest of the grill is only covered for one year and will rust through in two to three years.