I am so freaking happy that there is a Costco in Baton Rouge!  It is great to have someplace where you can always find high quality meat and seafood.

Costco sells lobster tails and I have wanted to try some for months.  I finally bought and cooked some this week and loved them!

I wanted to do a quick review about these lobster tails that includes both my experiences and what I have heard and read from other people.  The bottom line is that I am a big fan of this product but many people are not.

Before I show you how these lobster tails were grilled I wanted to share the reasons that many people do not like this product.

Negatives About Lobster Tails From Costco

There are three main complaints I heard about the lobster tails from Costco and they are all visible on the product packaging. 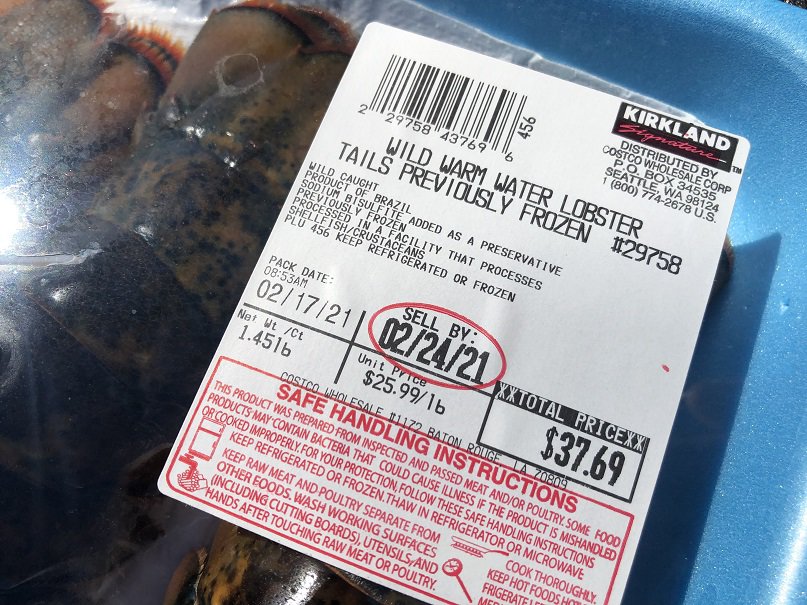 Let’s look at each of these issues in a little more detail.

Cold water lobsters grow slower than those in warm water which results in firmer meat with a cleaner, sweet taste.  Many people think warm water lobster tails taste a little fishy and have a soft texture.

The lobster tails at Costco are Warm Water tails that were caught in Brazil.

Lobster purists will tell you that there is no comparison between a fresh lobster and one that was previously frozen.  They say that the process of freezing and thawing creates a mushy product that is inferior to the firm, tender meat of a fresh lobster.

These purists might be right but a study by the Main Lobster Promotion Council showed that, in a blind taste test among experienced lobster eaters, there is almost no discernible difference.

Many people have a very real allergy to sodium bisulfite.  Apparently 5-10% of people with asthma are also allergic to sulfites.

I Enjoyed the Lobster Tails from Costco

I grilled these lobster tails on my Weber Q1200 gas grill and it could not have been easier.

I cranked the Q1200 up to high and let it preheat for 15 minutes while I prepped the tails and melted some butter.  To prepare the tails all I did was use a pair of scissors to cut open the top of the shell.  I wanted the shells to be open so I could baste the meat with butter as it cooked. 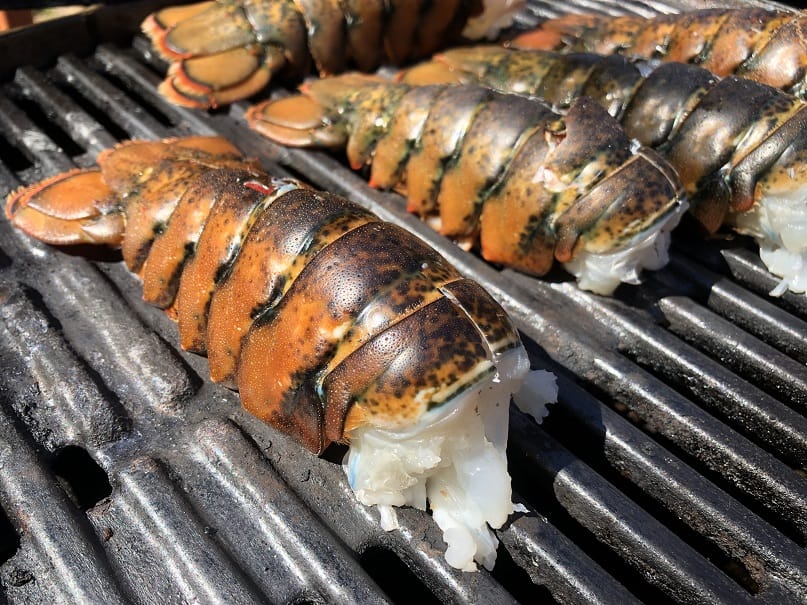 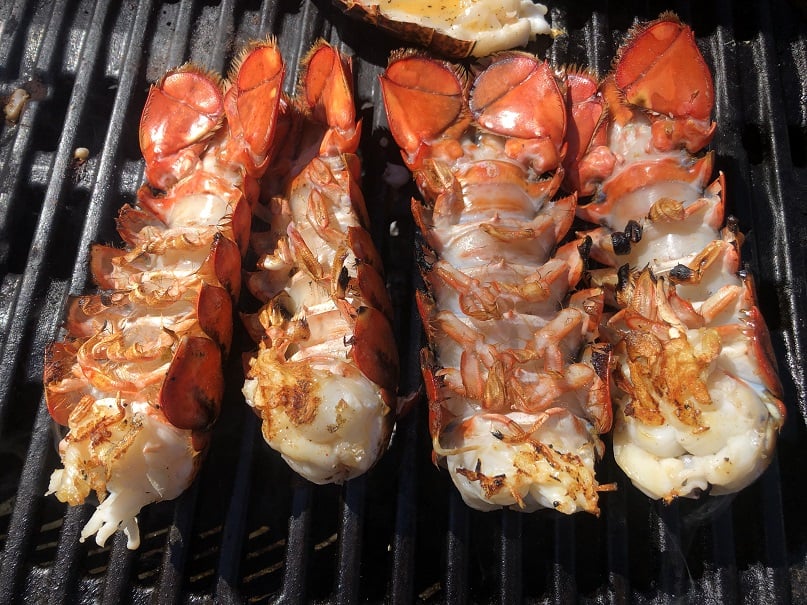 After three minutes I flipped the tails to “Shell Side Up” and started basting with melted butter.  I basted the tails about once a minute and it smelled amazing the whole time!

The tails are finished when they hit an internal temperature of 140F. 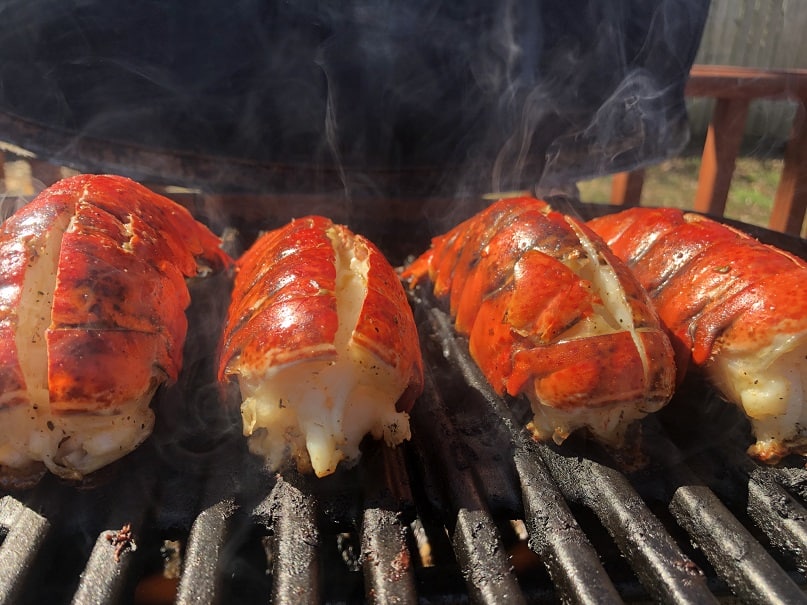 We took the meat from the shells, dipped them in butter and devoured!

We thought that these were delicious.  I will qualify this by saying that I did not grow up in Maine eating cold water lobster that was cooked right off the boat.  If you are a hardcore lobster fanatic then these tails might not live up to your standards but they sure made me happy!

How Much Does a Lobster Tail Cost?

One reason I wanted to get these tails was that last week I bought the King Crab legs at Costco and, while they were amazing, the package cost me almost $70.  These tails cost the same as King Crab on a per pound basis but come in a smaller package so the overall cost is lower. 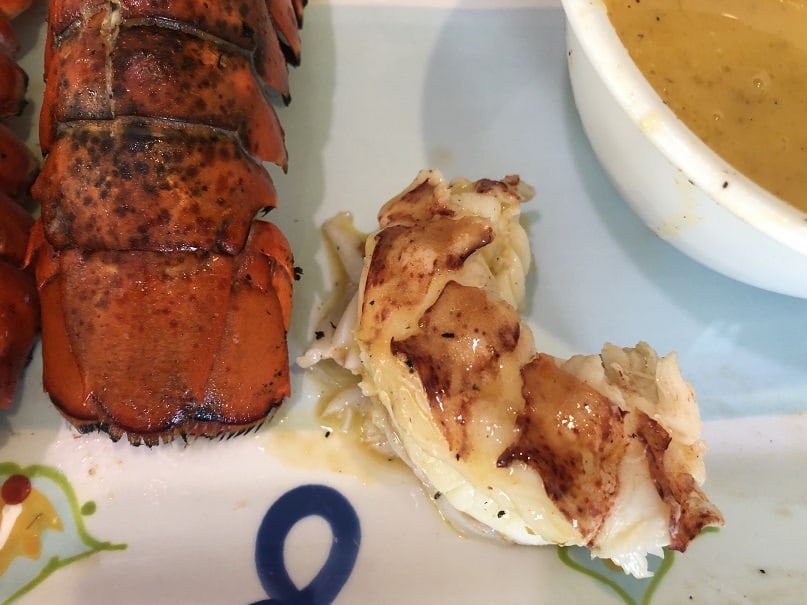