Char Broil has a new addition to their line of infrared gas grills, the four burner Double Header.  When I first saw this grill I couldn’t figure out the role it served or why anyone would want one.

However, the more I think about the Double Header the more I appreciate what an interesting idea it actually is.  Let me walk you through a quick review of this grill and how it stacks up against some other models.

The Commercial line of Char Broil grills is typically reserved for sale in the Big Box stores so I don’t think you will find this guy on Amazon.

While the Double Header looks like a four burner grill it is actually two independent two burner infrared gas grills sharing the same frame and body.

The grill has a stainless steel body and the regulator has a built in fuel gauge.

The Double Header is sold as a liquid propane grill but is easily switched to use natural gas with a separately sold conversion kit.

Here is the promo video that Char Broil made for this grill.

Pros and Cons of the Grill

The main selling point of the Double Header is that have two independent grilling systems greatly increases your flexibility.  You can get one side scorching hot for searing steaks while the other side can be on medium heat with a pile of bratwursts simmering in a pan with beer and onions.

The first time I saw this grill I didn’t think that the dual grill system added anything that you couldn’t get by having a two zone setup on traditional four burner grill.  I have to admit though, the more I think about this the more I like the idea of two completely independent cooking zones.

A second thing that I REALLY like on this grill is that the side burner is covered by a porcelain enameled cast iron griddle.   The side burner on most grills is hardly ever used because they serve no real purpose.  However, you will seriously go to town with a cast iron griddle!  Cooking breakfast on a grill (bacon, eggs, hash browns) is going to make you happy. 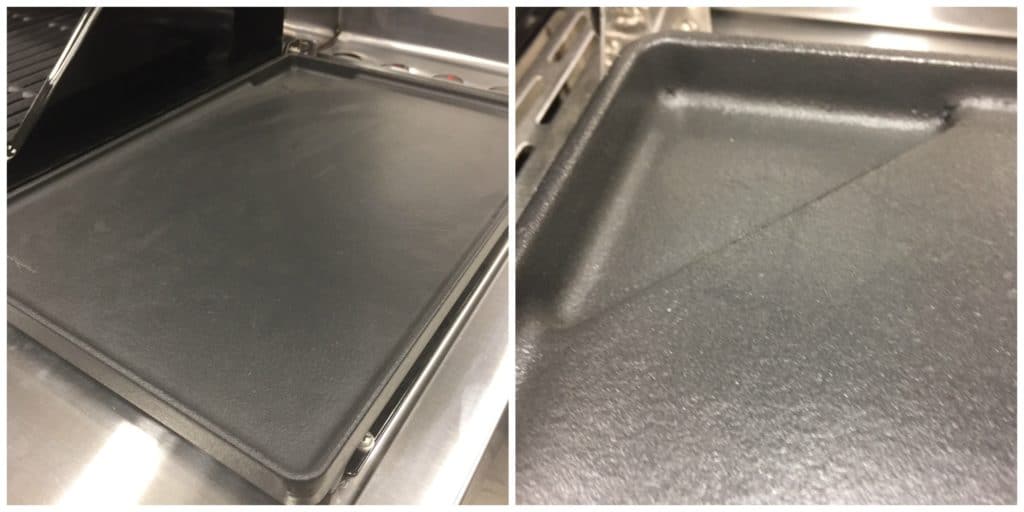 The last thing that I like about this design is a double edged sword.

You will not use both grills at the same time very often.  Most of the time you will just be using one side and you will eventually develop the habit of using one side more than the other.

Eventually the side that you use the most is going to need parts.  The flame tamers will burn through, the infrared emitter will fall apart and the rust on the grates will become unbearable.  There is a reason that the warranty for this grill only lasts one year.

What you are really getting is a great two burner infrared gas grill with a full set of replacement parts and a great side griddle.

How Does It Compare to Other Char Broil Grills

Char Broil has plenty of other four burner gas grills to choose from.

If you want a four burner infrared grill then take a look at the Commercial and Signature options.  The Commercial and Signature grills are nearly identical to each other.  They have as much grilling area as the Double Header but have all four burners in a single grill.  The Double Header is significantly more expensive than its standard four burner counterparts.  Here is a snap of the price differences for these grills at Lowes. 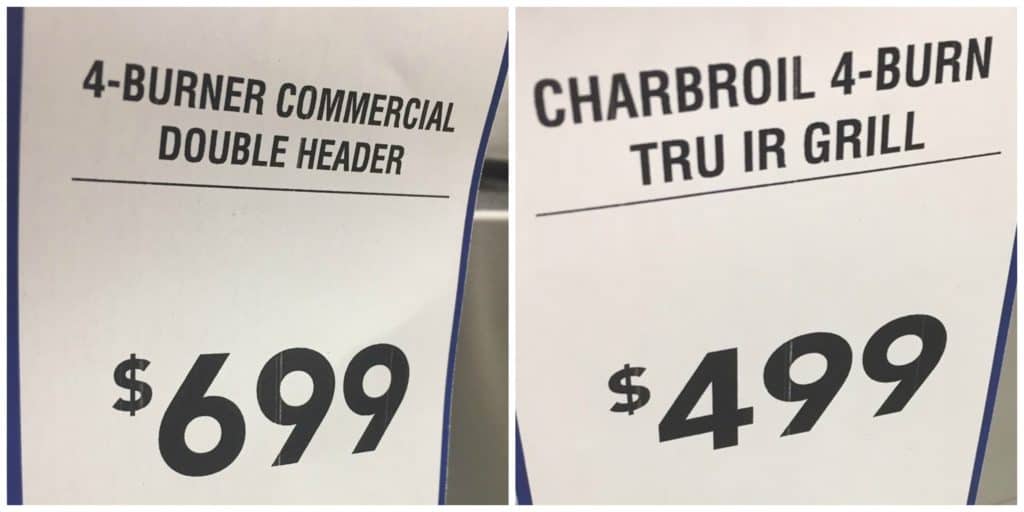 Char Broil also offers multiple four burner options that are not infrared based but are standard gas grills.

The standard gas grills are not as pretty as the Double Header but they are inexpensive options that give you plenty of grill space.

Is the Double Header the right grill for you?  The grill has positive reviews from Lowe’s customers and there is no denying that it looks pretty.

My biggest concern about this grill is that it is in the middle of the price range between the Weber Spirit and Genesis grills.  While the Weber grills do not utilize infrared emitters they are still a much better product that will last for decades.

If I was going to buy a Char Broil I think that I would stick with something on the lower price side of things so I wouldn’t be upset if it fell apart after a few years.