The answer is, “The brisket is done when it reaches an internal temperature of 203F when measured in the flat portion.”

It is important to measure the temperature in the flat instead of the point.  The fatty point will cook faster and show a higher internal temperature than the lean flat. 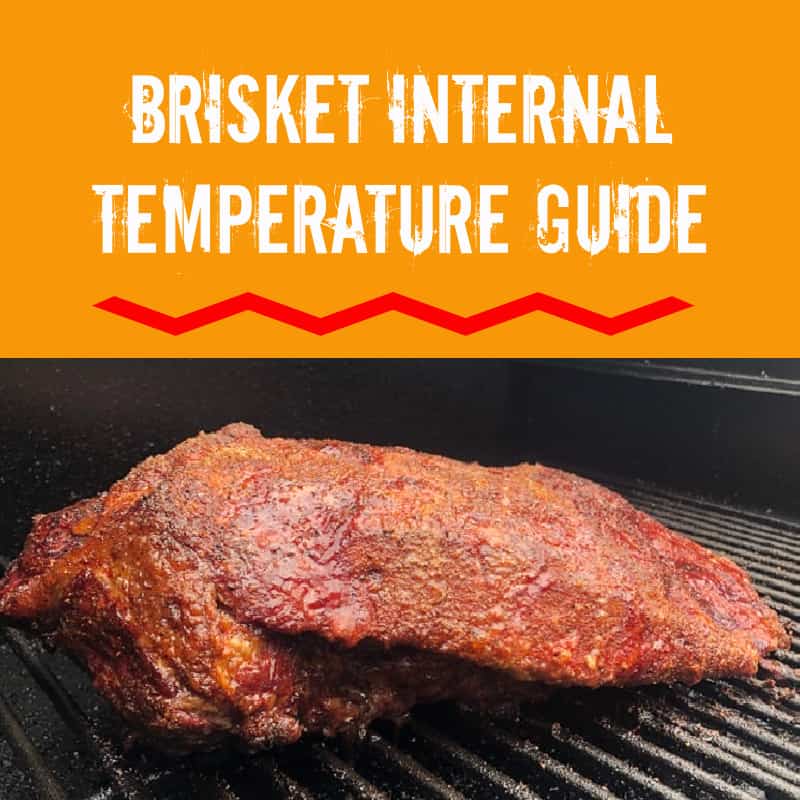 While knowing the target internal temperature is a great first step there are two other critical factors you need to account for when determining when the brisket is done.  Those factors are:

Let’s look at these two other factors in more detail.

Shooting for a specific internal temperature is a mistake many people make when they are learning how to smoke a brisket.

The TRUE test of when a brisket is ready to come off the pit is when your thermometer is able to easily slide through the meat in the flat section.  This is what is known as “probe tender” and it is the mark that you should be shooting for instead of a temperature.

The following types of brisket will often reach the Probe Tender state at an internal temperature of 190-195F because they are inherently tender to start with.

In contrast, a select grade Grass Fed brisket will often need to reach an internal temperature of 205-210F to become probe tender as this type of brisket is inherently tough.

The Brisket is Not Done Until it Rests

It takes a long time to cook a brisket and a lot of folks get impatient and rush the process.  You can speed things up by wrapping the brisket when it hits the stall but you should absolutely not skip the final step of the cook which is to rest the brisket.

According to Myron Mixon’s brisket recipe, resting the brisket is the second most critical step in the process topped in importance only by the quality of the beef.

To properly rest the brisket you need to:

There are two reasons people give for the importance of resting the brisket.

I am not sure that I buy this explanation of the importance or resting a brisket but I will share it for the sake of completeness.

When you rest the brisket it gives the meat time to relax which lets the moisture redistribute throughout the meat making everything juicy and tender.

This is why I think the resting period is critical.

When you put the brisket into the cooler it is still hot and stays hot the entire time it is resting.  Typically the internal temperature of a brisket that has been resting in a well insulated cooler will drop to about 175F after four hours of resting.

During the time the brisket is in the cooler the heat within the meat continues to break down and tenderize the brisket.  This is a soft, gentle cooking step that is almost like an internal sous vide process.

Temperature, Tenderness and Resting Determine When a Brisket is Done

The main point of this article is to provide you a rough target internal temperature to shoot for with your brisket with the strong advice to not let temperature be your only guide.

Don’t be afraid to take the brisket off the pit either before or after the target temperature of 203F because what is more important is that the meat is probe tender and that temperature is going to be different for different types of briskets.

More critically, do not make the mistake of thinking that just because the brisket has hit a target temperature that it is done.  The brisket is only truly done after it has been rested for at least one hour.