I have more fun cooking on my Weber Q1200 than any other grill I have owned for a long time.  I think it is hysterical that such an itty bitty grill can turn out such great food 🙂

Today I want to share a simple recipe for Beer Brats on a Weber Gas Grill that made some of the best brats I have eaten in a very long time! 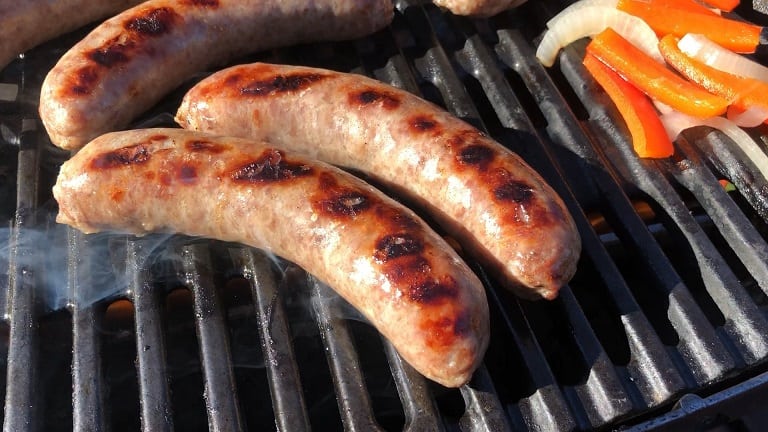 They general approach we are going to take is to poach the brats in an aromatic beer bath until they hit 165F and then crisp them up directly on the grill.  This is a quicker way of making brats than the smoked brats I make on my Z Grills pellet grill.

Here is what you need to do:

Simmer the Bratwurst in the Beer Bath

Turn your Weber grill to high and bring the beer to a simmer.  I was cooking on a Weber Q1200 but this recipe will work on any gas grill.

Once the beer starts to simmer turn the grill to Medium/Low and allow the onions and peppers to infuse the simmering beer with flavor for 15 minutes. 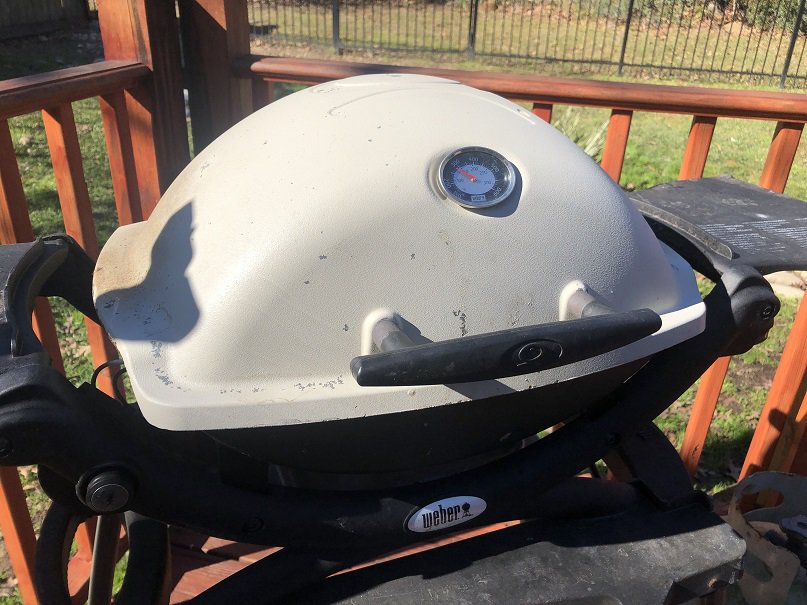 I wanted to monitor the internal temperature of the brats as they poached so I slid a digital thermometer into one of the brats.  I inserted the thermometer through the end of the brat so the sausage casing wouldn’t be punctured.

I used some Johnsonville brats for this cook but if you want to take the time to make your own then here is my recipe for homemade bratwurst.

Drop the brats into the simmering beer bath and let them poach until the digital thermometer reads 165F.  This step takes about 15-20 minutes and the brats will be fully cooked, but quite pale, at this point.

Crisp and Brown the Brats on the Grill Grate

Remove the brats from the beer bath and place them directly on the grill grate to brown and crisp the skin.

This step should just take a few minutes as you are only trying to get some color on the brats and do not want to overcook them.

Once you get the color you want, remove the brats from the grill and serve on a warm bun with brown mustard.  You can put the peppers and onions on the roll or serve them on the side, either way they peppers are tasty and extremely healthy so make sure you eat them to balance out the fat from the brats!

It doesn’t get much simpler or tasty than this!