If you are interested in trying out a pellet grill and don’t want to break the bank then chances are that you have considered a Big Horn Pellet Grill.  The Big Horn can be a great smoker if you go into the purchase with the right expectations.

Let me walk you through the highlights of this pellet cooker so you can decide if it is right for you. 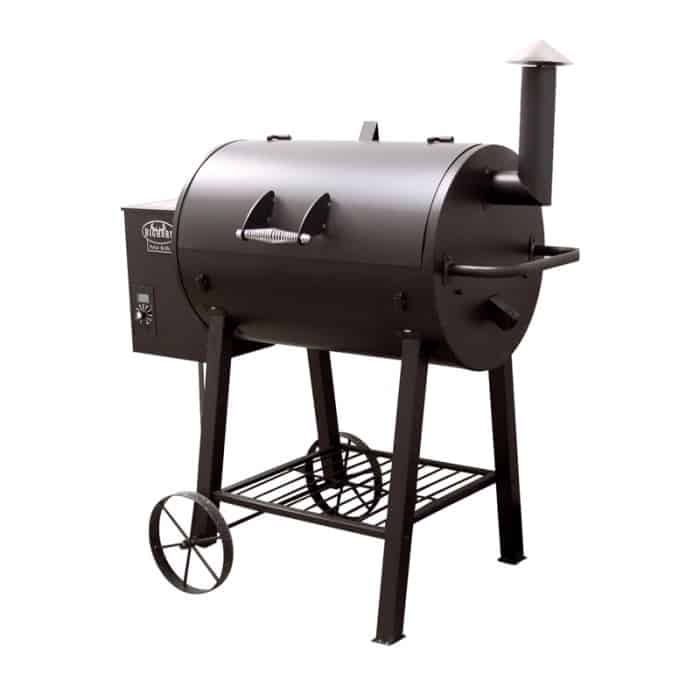 There are at least two different models of these grills available with one being sold on Amazon (Model SRPG 18001) and the other being sold in retail stores (Model SRPG 1093XL).  It is possible that there is a third model being sold but it is hard to figure out what the model number is or if some retail partners are listing inaccurate specifications (it happens quite often).

In general the XL model that is sold in retail stores has a larger cooking grate and pellet hopper than the model being sold on Amazon.  Other than these differences all of the Bighorn Pellet Grills share the same functionality.  The Big Horn grills are essentially low cost knockoffs of the original Traeger pellet grills. 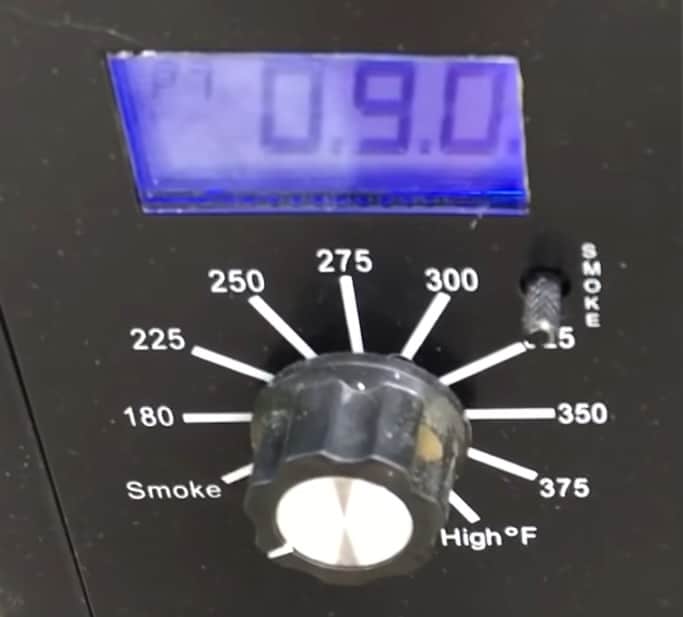 There is a smoke button on the panel that controls the “P Setting”.  The P Setting is used to determine how much smoke you want the grill to produce.  In general a low P setting (1 or 2) produces less smoke but makes the grill easier to control as pellets are being fed into the burn pot at a pretty fast rate.  At higher P settings (6 or 7) you get more smoke but run a risk of flame outs as pellets are fed to the burn pot at a slow rate.  A middle setting of 4 strikes the right balance between smoke flavor and ease of operation for most people.

There is a large, sloping stainless steel tray below the cooking grate that collects and grease and directs it to a grease bucket located outside of the grill body. 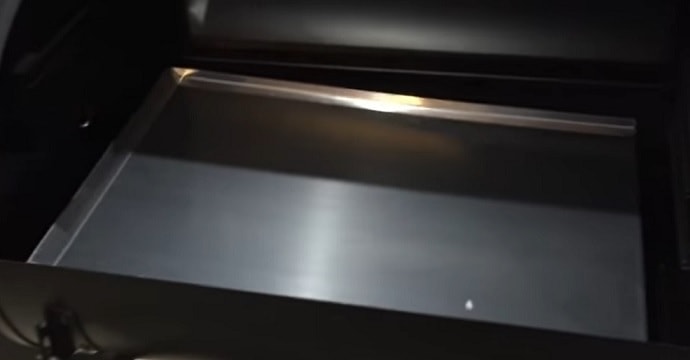 Some people like to line the grease tray with aluminum foil for easier cleanup. Traeger makes foil trays that serve the same purpose and I have a sneaking suspicion that they would fit in these grills as well 🙂 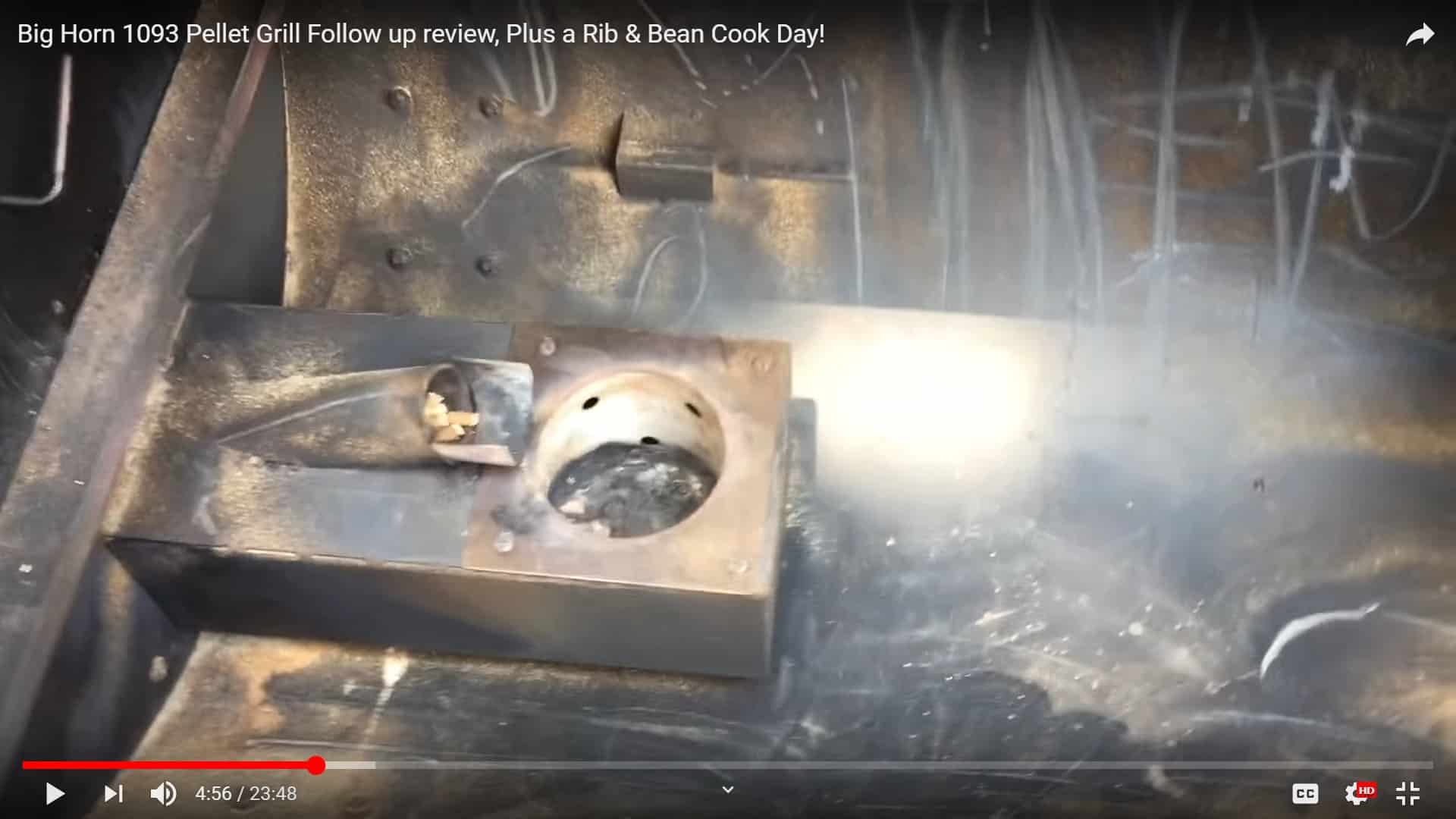 The benefit of this configuration is that it helps prevent the fire from moving backwards through the auger and igniting the pellets that are stored in the hopper.  While “burnbacks” are uncommon in other pellet grills they do occasionally happen.  Separating the auger from the fire pot was considered enough of a safety upgrade that Weber included a version of this design for their Weber Smokefire pellet grills.

You will want to clean out the ashes that accumulate in the body of the grill as well as in the burn pot every few cooks with a shop vac.  If you let ashes accumulate in the burn pot then they will eventually cover the hot rod ignition making it ineffective.  The grill will continue to pump lots of pellets until they finally ignite and you will have a massive fire on your hands.  Seriously…clean the ashes out of the burn pot.

The size of the pellet hopper is my biggest complaint with these grills.

The smaller version of this grill has an 8 pound pellet capacity while the larger version holds 15 pounds of pellets.  I buy pellets in 20 pound bags and hate storing opened, partially full, bags of pellets in my garage.  I like hoppers that can hold a full bag of pellets.

The other issue with the size is that, especially with the 8 pound hopper, you will have to refill it at least once if you are smoking a whole brisket or pork butts.  If you are smoking baby back ribs for 4-5 hours then you can get by with a single load of pellets.

While the Big Horn is a fine smoker there are several other brands that are also low priced Traeger knock offs.  These grills have different external styling but have identical functionality, control systems, and, except for the fire pot, internal design.  If you are shopping on price instead of styling then take a peak at either the Z grills or Cuisinart grills on Amazon or the Members Mark pellet grills at Sam’s Club.