If you are in the market for a pellet grill, then you already know that Traeger is the major player in the market.  Traeger makes some fine grills and you will be happy with yours if you buy one.  The only problem with a Traeger is that their grills are too expensive.

There are pellet grills that are higher quality than Traeger that cost less.  There are other pellet grills that do not have all the bells and whistles you get on a Traeger but are completely functional, will meet all your needs and cost a whole lot less.

This article is going to focus on grills other than Traeger but if you want to learn more about their products then here are a couple of articles that you can read:

Why Are Traeger Grills So Expensive?

Traeger Pro vs Ironwood: What Are The Differences?

Which Traeger Grills Have Super Smoke?

Here is an overview of several Traeger alternatives you should consider before buying a pellet grill.

Z Grills is run by the same Chinese company that built Traeger grills for the past 20 years.  They decided to sell direct to consumers and offer factory direct pricing. 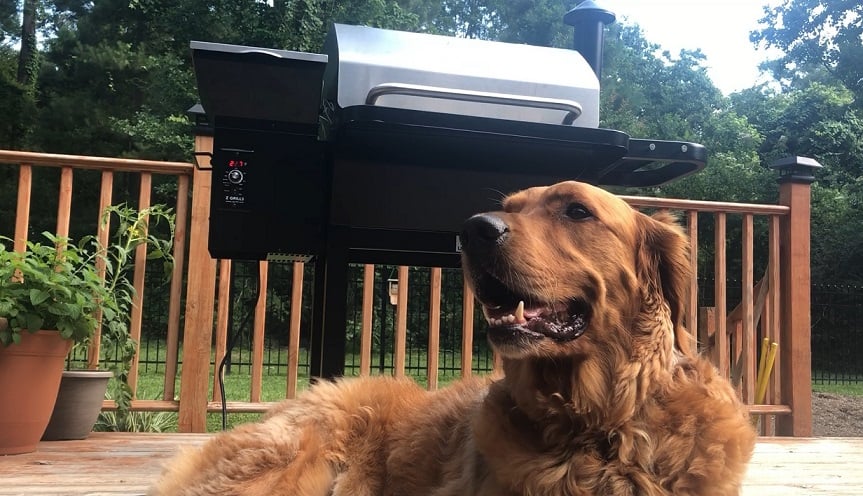 Z Grills are not as fancy as the Traeger Pro 575 or Ironwood series of grills, but they are almost identical to the Traeger Generation 1 Pro Series.  Z Grills do not have WiFi control or Bluetooth connectivity like the latest Traeger grills.

I have been using Z Grills for a few years and I really like them.  I started off with a Z Grills 700 series and have now upgraded to the 1000 series.

I like my Z Grills so much that I became an affiliate for their products.  I want to point out that Traeger also has an affiliate program.  Traeger pays a higher commission and their grills are more expensive than Z grills and, as a result, I would make more money if I convinced you to buy a Traeger.

Z Grills cost a couple hundred dollars less than Traeger and come with the same three-year warranty.  Z Grills usually has some great sales over on their website so click this link to see the latest sales prices for Z Grills. The Z Grills 700 Series are great smokers.  Highly reliable, great flavor and costs hundreds of dollars less than a Traeger.

I used this model for two years before upgrading to the 1000 Series.  I gave this one to my friend and it is going on over four years of use with no issues. The Z Grills 1000 Series Are Less Expensive Than a Traeger and Feature an Easy Ash Cleanout System.

This smoker is currently sitting on my deck and gets used multiple times per week.  I love it!


Here is the link to my full review of Z Grills after Three Years of Ownership.

Pit Boss grills cost hundreds less than Traeger and come with a better warranty (five years vs three) which makes them a serious contender against Traeger.

A nice feature on Pit Boss grills that is not present on Traeger grills is the ability to slide the heat shield to expose the flames in the fire pot and have access to open fire grilling.

Depending upon what size grill you need you can buy the small Lexington grill for less than $300, the medium sized Classic 700 for less than $400 and the Massive Austin XL 1000 for less than $500.  All these grills work simply fine and are screaming bargains compared to Traeger.
For a complete “Head to Head” comparison between these brands, including a breakdown of over 3,000 user reviews, check out my article on Pit Boss vs Traeger.

Grilla Grills, based in Holland, Michigan, are a serious step up in quality over Z Grills and Pit Boss, are better than Traeger and still cost less than a Traeger.  The flagship product from Grilla Grills is the Silverbac and it comes in three models: Pro, Alpha and All Terrain.

The Silverbac features double steel wall insulation, a cooking grate made of ¼ inch stainless steel rod and a 12-gauge stainless steel lid.  The grills come with a four-year warranty and are built to last.

The Alpha has two controllers because there is a big debate in the world of pellet grills as to which type of controller is better.  A PID controller provides extremely precise temperature control and will typically hold a set temperature to within five degrees of target.  Some people love the precise temperature control offered by a PID while others claim that it results in a fire that burns so clean there is little smoke flavor.  The standard controller is not as precise as a PID but generates more smoke flavor.  Grilla Grills included both controllers on the Alpha so you can choose between more smoke or more control.

The All Terrain model of the Silverbac is an Alpha grill that has been mounted on a heavy-duty mobile cart.

Both the Pro and the Alpha models can be bought for less than $800 with free shipping.  Grilla Grills can offer such a high-quality grill at competitive pricing by selling direct to consumers and not through distributors.

Rec Tec, based in Evans, Georgia, makes pellet grills are stunning to look at, have incredible build quality, better warranties and are priced the same as the Traeger Ironwood counterparts.  All Rec Tec pellet grills come with a PID controller.

There are three primary grills in the Rec Tec product line: RT-340, RT-590 and RT-700.  At first glance the primary difference between the models is price and size but there are also differences in warranty and smoke management.

Another difference between the grills is how smoke is managed inside the cooker.  The small and mid sized grills vent the smoke through a series of holes in the back of the grill while the largest grill vents through a traditional smoke stack.  Many manufacturers have switched to placing ventilation holes in the back of the grill because it forces the smoke to come down and pass over the meat before exiting the cooker resulting in more smoke flavor.  It is unclear why Rec Tec uses rear vents on some grills and a smoke stack on the RT-700.

Green Mountain produces some nice pellet grills that are worth looking at.  They have a portable pellet grill (Davy Crockett), a mid-sized grill (Daniel Boone) and a large grill (Jim Bowie).  The Daniel Boone and Jim Bowie.

All the Green Mountain grills come equipped with a PID controller and are covered by a three year warranty.  The “Prime” series also come with WiFi connectivity.  You can pick up the “Choice” series that do not have WiFi for a serious discount over a Traeger.

One of the things that I love about Green Mountain grills is they have an extra fan that blows through the pellet hopper and auger.  The fan creates a positive pressure in the pellet hopper which makes it almost impossible for there to be a “burn back” event from the firepot.  Pellet hopper fires are one of the biggest safety concerns with pellet grilling and Green Mountain has taken a major step forward in preventing their occurrence.

The only downside to buying a Green Mountain is that they are only sold in brick and mortar retail locations and they do not have dealers in all areas.

The controller on the Woodwind is a PID that also allows you to set a Smoke Number.  When you set a high Smoke Number the PID becomes “less intelligent” and the resulting variations in temperature creates more smoke.  This feature is like the dual control configuration of the Grilla Grills Silverbac Alpha.

The Woodwind grills also have the ability to move the heat shield and provide direct open flame grilling over the firepot like you get with a Pit Boss.

The Woodwind grills are WiFi enabled and come in a variety of sizes.  The 24 and 36 inch models have the ability to be upgraded with either a Sidekick propane fired griddle or an infrared Sear Box for serious high heat searing.

The Woodwind 24 WiFi pellet grill costs about the same as an equivalent Traeger. If you do not need he WiFi functionality then check out the Camp Chef Smoke Pro series and get a similarly sized grill for hundreds of dollars less. 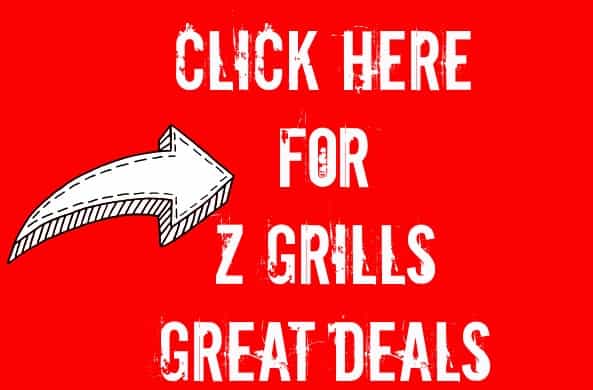