This is the third installment of my “What to make with Beef Naval series?” and I have saved the best for last!

Making pastrami is another classic use of the beef belly.  While pastrami is usually made from brisket there are some folks that claim some of the famous New York delis actually use the belly. 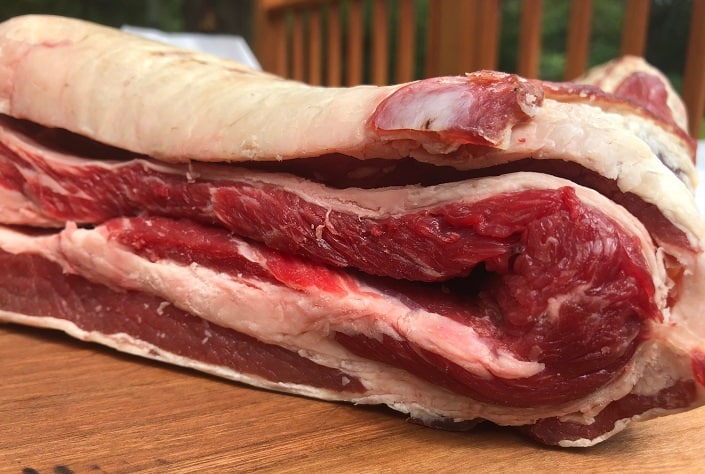 Cure the Naval in a Pastrami Brine

Making pastrami is just as easy as making bacon.  Soak the belly in a pickling cure brine for a week in the refrigerator.

I smoked this pastrami at 250F with hickory for four hours then wrapped it in aluminum foil and cooked it for another two hours until it was butter tender. 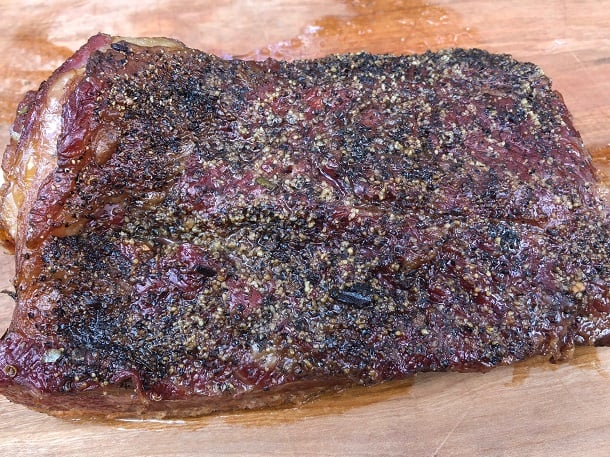 This guy was so tender it almost fell apart when I took it out of the foil.  This was one of those cuts that got the “jiggles and wiggles” every time I hit it with my knife.

What can I say?  The pastrami was amazing. 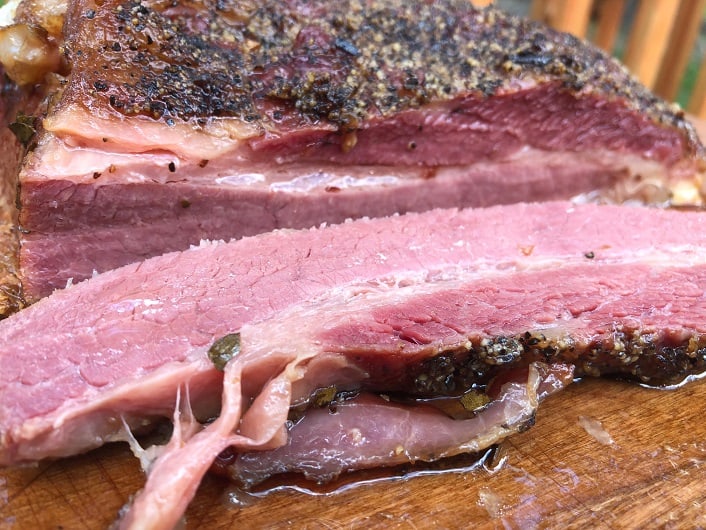 Yes, I know that there are probably 15 sacred rules about pastrami that I just broke.

What Would I Do Different?

I had a blast trying out a bunch of ways of smoking a beef belly but if I ever find another one then I am turning the entire thing into pastrami.

Turing it into bacon and cooking it like a brisket were fine ways of using this cut but the pastrami was freaking divine!

You are not going to find this cut in your local Wal Mart so head over to a real butcher shop and ask them to hook you up.

This is my favorite way of cooking a beef belly and the technique is super simple as long as you have some patience!
Keyword Beef Belly Pastrami