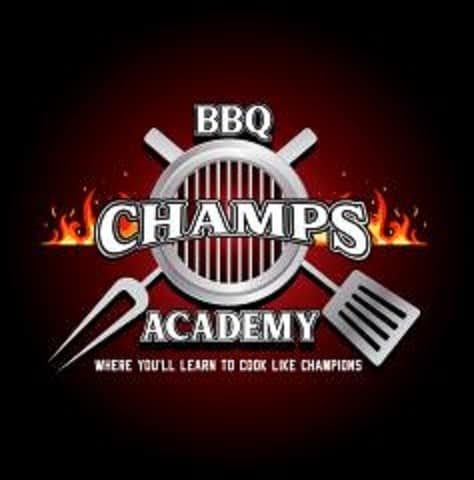 Let’s take a look at who some of the instructors are!

Mark Lambert is the Pitmaster of the Sweet Swine O’ Mine Competition BBQ team out of Byhalia, MS. He is a 6 time World Champion, winning some of the biggest BBQ competition in the World! He is a 4 time Memphis In May World Champion, the 2017 American Royal World Champion in Ribs and won the 2019 World Champion at the Houston Livestock Show and Rodeo.

Robby is the Pitmaster of the Rescue Smokers competition BBQ team out of Sycamore, Georgia. He was the Grand Champion on the TV show BBQ Pitmasters, that was featured on Destination America. He competed against the best Pitmasters from all over America and won the biggest BBQ competition ever filmed on TV.

Joey is the Pitmaster of the Texas Chrome BBQ competition team out of Austin, TX. This World Champion Pitmaster won the Houston Live Stock Show and Rodeo in 2019. Joey has won multiple Grand Champions and Reserve Grand Champions competing in sanctioned events over the past 15 years.

Sterling Smith, owner and Pitmaster of Loot N’ Booty BBQ, has been competing on the professional BBQ circuit since 2009. In that time, Sterling and his family have traveled internationally and competed in major competitions including the Jack Daniel’s World BBQ Invitational, where they won the title of World Pork Champion, the American Royal World Series of BBQ, where they won Reserve Grand Champion out of more than 500 professional BBQ teams and won the title of Chicken World Champion, the Sam’s Club Finals and The Kingsford Australian Invitational.

Sterling has won 31 Grand and Reserve Grand Championship Awards, more than 300 top ten awards, 9 perfect “180” scores, 3 – 700+ scores and is the two-time Australian Invitational Lamb Champion. Loot N’ Booty BBQ is the 2014, 2015, 2016 and 2017 Arizona BBQ Team of the Year and was featured on an episode of Destination America Channel’s Smoked, where Sterling and his wife Molly won the title of “Smoked BBQ Boss.”

Lee Hickel is the Pitmaster of the Red Mule’s Bad Ass BBQ competition team out of Sinton, TX. While only cooking for 2 years, Lee has taken the BBQ world by storm! In his first full year of competing he was crowned the International BBQ Cookers Association (IBCA) 2019 Cooker Of The Year! An incredible feat to do with over 1500 IBCA members vying for that ultimate award! He finished as the #1 brisket cooker, the #1 rib cooker and #2 chicken cooker overall during the 2019 season! Lee was also ranked as the #8 team in USA in the Smokin’ With Smithfield Challenge.

Corey Mikes is the Pitmaster of the Fat Boys BBQ competition team out of Temple, TX. This father and son team has won multiple World and National Championship competing in the biggest BBQ competitions in the World!

Corey’s father, Danny Mikes has cooked competitively for over 20 years, winning almost every major cook off in America. He’s a 3 time World Champion, including winning The American Royal Open, the Jack Daniels Invitation, as well as being a 4 time national champion and 8 time Texas state champion.

What Are The Classes?

These are complete behind the scenes barbecue classes.  These guys do not hold anything back.  They show selecting and trimming meats, which rubs and injections they use, smoking times, temperatures…everything.

Each instructor offers classes in ribs, chicken pork and brisket and the combined length of the videos is typically a little over eight hours.  You can order one class at a time or get them as a set for a discounted rate.  Access is available immediately and you get lifetime access to the information.

All of the classes listed above are for folks who want to learn serious barbecue skills.  These classes are taught with both the competition cooks and everyday backyard cooks in mind.  The difference between Competition and Backyard cooking is not that large for these guys.  You are going to see their techniques for the fundamentals of great barbecue that you can use to up your backyard skills and then you will see the little extra steps that you can use to make it great enough to win a competition.

Barbecue that wins World Championships is simply great backyard barbecue that gets all of the little extra steps right.

I am excited to see how folks respond to the BBQ Champs Academy…it looks like these guys gave a great idea!