With Hurricane Barry taking a leisurely trip across Louisiana this week I figured it was a good time to stay indoors and chase down some more information on sausages.  The project for the week was “Bauernwurst” which translates from German as “Farmer’s Sausage”.

I did the research, got confused as heck, and ended up making my own version. 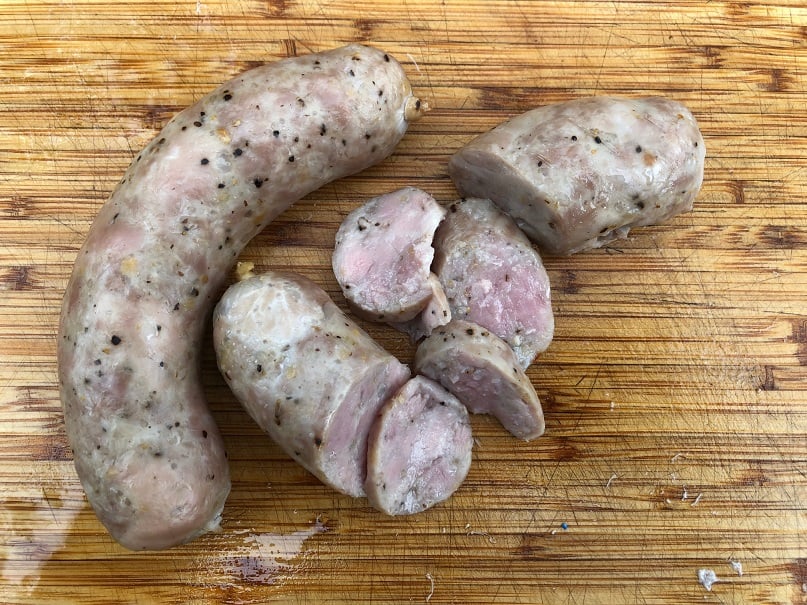 What got me started going down this particular rabbit hole was the commercially available version of this sausage that is sold at my local grocery store.  I brought a package of Dietz and Watson bauernwurst home and was disappointed with the product.  It looked and tasted almost identical to their knackwurst which, while tasty, is pretty much a high end hot dog. 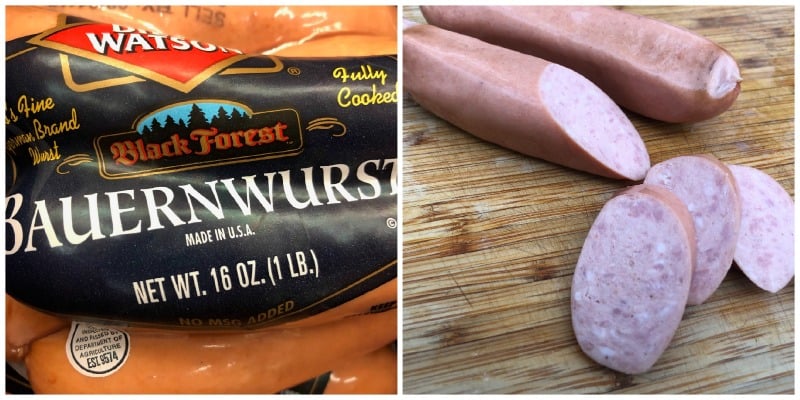 I had a feeling that the commercial product from Dietz and Watson was not authentic so I dug in and started looking for a recipe for the real thing.  But there was a problem.

There is no mention of this sausage in the extensive recipe collection on Wedliny Domowe.

There is no mention of this sausage in ANY of my sausage books which include:

I did find a few references to the sausage, primarily from other commercial sausage producers, that generally describe the sausage as made from pork and beef, roughly textured and boldly seasoned with pepper, garlic, onion and a few other spices.  Again, not very helpful and I suspect that, as with other sausages, there is no “true and original recipe”.

I took what I could from the basic descriptions I could find and forged ahead with my own recipe.

The main components from the sausage descriptions that I took away were the concepts of the sausage having a coarse texture and being boldly seasoned with black pepper, garlic and onions.

To achieve the texture I wanted I cut up a half pound of pork tenderloin into a rough dice and mixed it with a pound of ground pork. 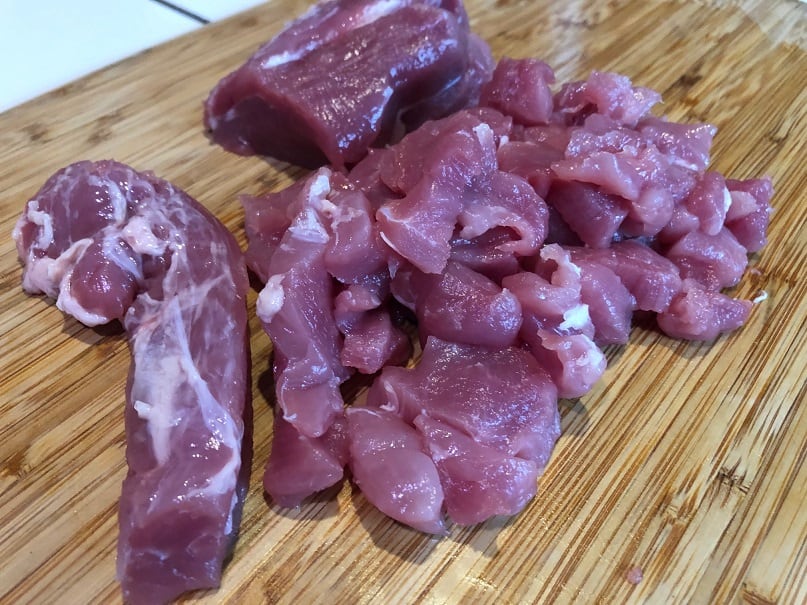 To achieve the flavor profile I wanted I reached for a classic which is the perfect blend of salt, black pepper, garlic and onion….Montreal Steak Seasoning! 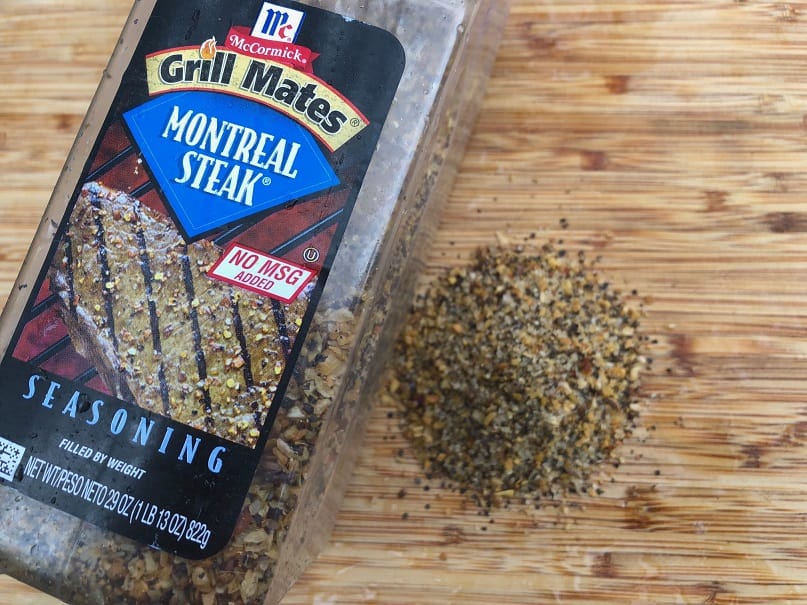 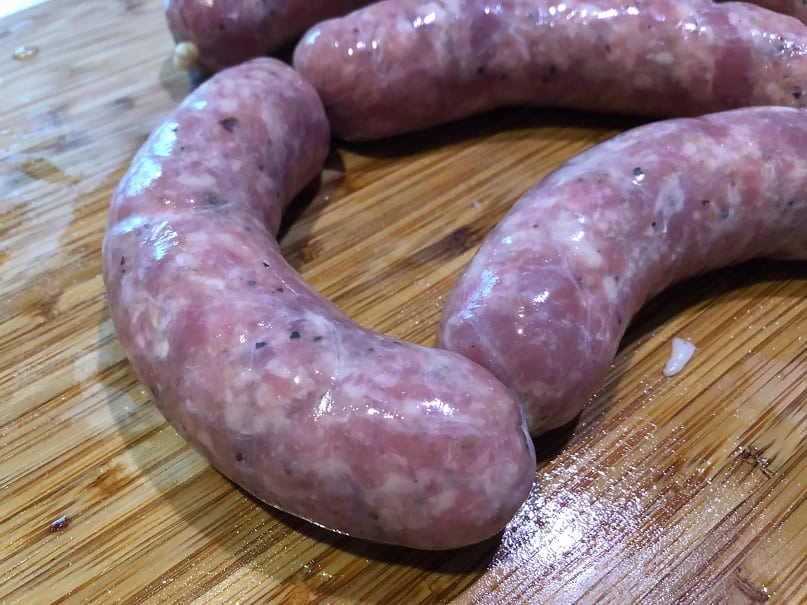 I would have loved to have smoked these or even cooked them on the grill but the rain from this storm has been relentless and cooking outside was not an option.  I ended up baking these in the oven at 300F for 25 minutes until an internal temperature of 150F was reached.

The texture and flavor were spot on for what I was shooting for and these sausages definitely stand apart from bratwursts. 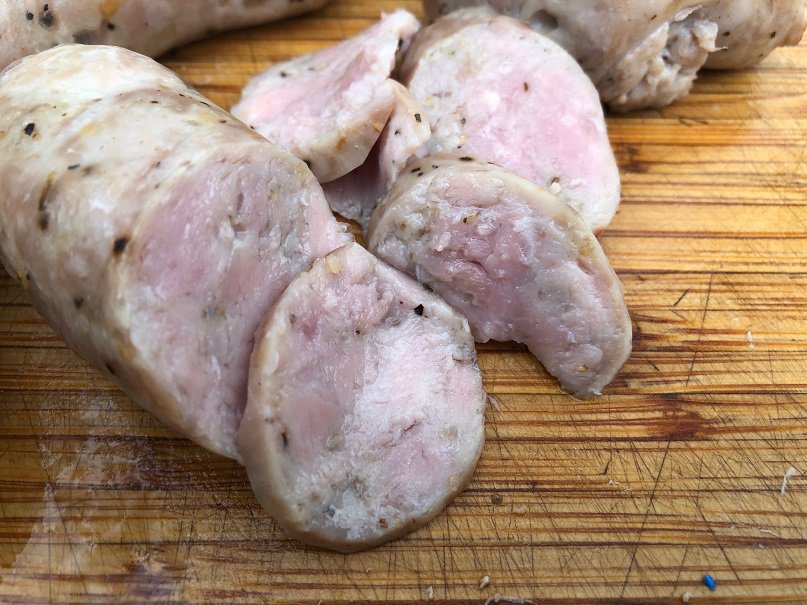 I am considering this sausage to be a “work in progress”. If you have a link to an authentic bauernwurst sausage recipe, or know of a book that has one, then please let me know and I will keep digging!

Bauernwurst is a sausage whose recipe has many different interpretations.  The main concepts that I believe to be important are that this is a garlic flavored all pork sausage with textual contrasts.
Keyword Bauernwurst Sausage