These Bacon Wrapped Steak Bites are an awesome framework for steak that you could take in a hundred different directions. 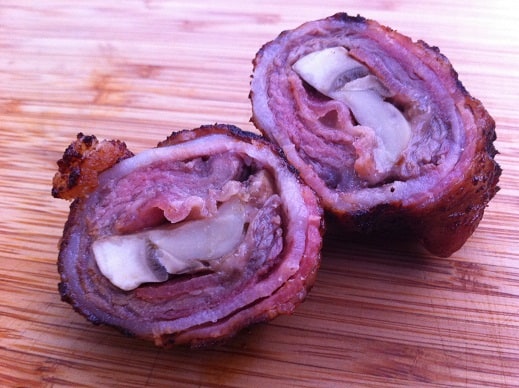 I had some sirloin steak lying around and it just didn’t look too inspiring.   Sirloin is an okay cut of meat but if I want steak I want a ribeye.  All the same, a little over a pound of sirloin had landed in my kitchen and I needed to figure out what to do with the thing.

I figured, why be subtle?  Let’s go ahead and cut the steak up, beat the heck out of it and force it to be delicious!

I started by trimming the fat and a bit of gristle out of the sirloin and then cut the remaining meat into eight large “bite sized” pieces.  I grabbed my tenderizing mallet and pounded each piece of steak until it was about a quarter inch thick.

The picture below shows the size of the “steak bite” before and after pounding. 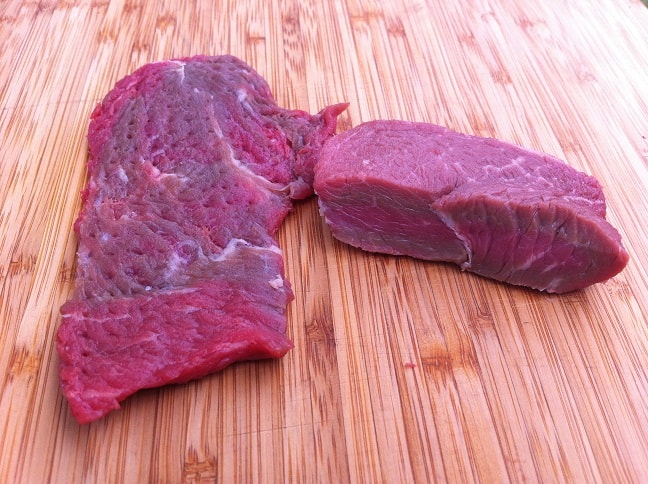 After the bites were flattened I dusted them with some Montreal Steak seasoning. 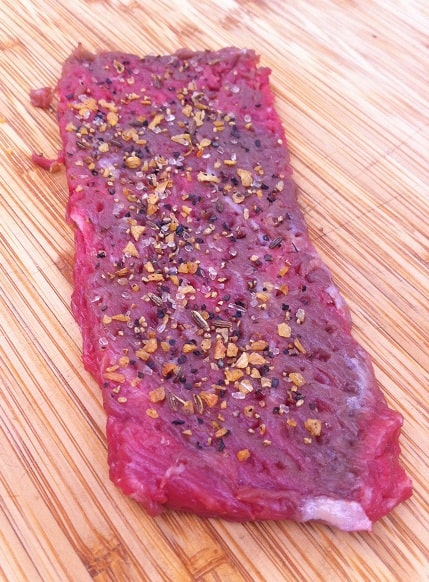 The steaks were stuffed with Swiss cheese, a mushroom slice and a piece of cooked bacon. 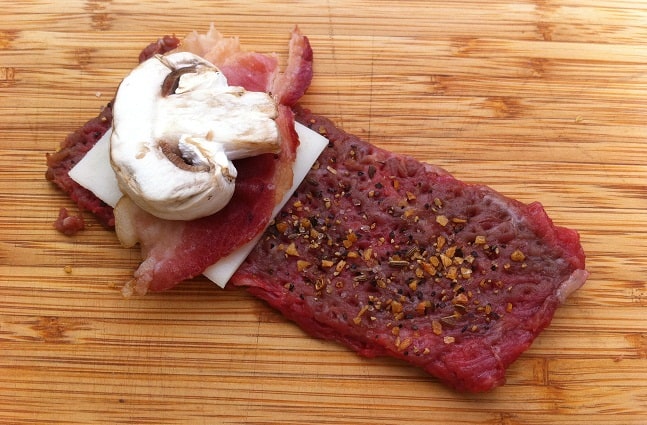 I wrapped each steak bite with a whole slice of thin cut bacon, dusted with a mix of turbinado sugar and chili powder, and then inserted a toothpick to hold it all together. 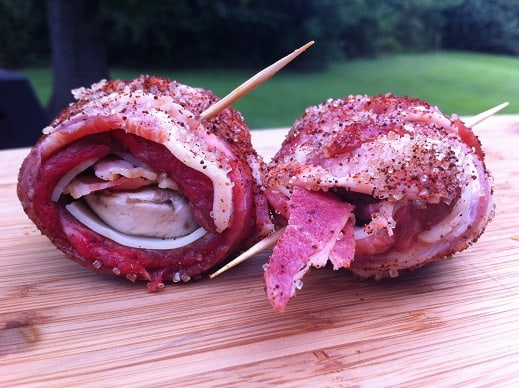 I grilled these on a Weber Jumbo Joe over direct heat using GrillGrates.  I turned the bites about every five minutes to crisp the bacon on all sides.  It took about 20 minutes to get the bacon the way I liked and there were no flare ups; GrillGrates are wicked cool.

The stuffed steak bites came out looking spectacular and were devoured in a matter of minutes.  I didn’t use any bbq sauce with these but if you wanted to use some I would go with something sweet to compliment the sugar rub. 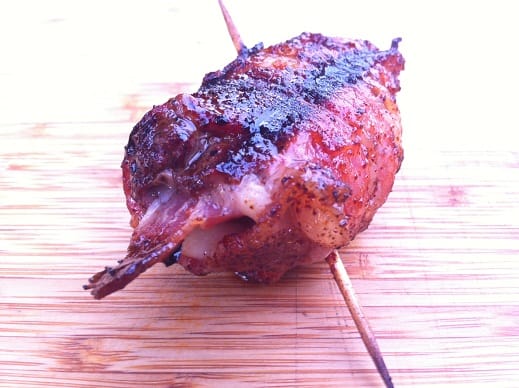 I hoped you liked the post and got an idea or two for the next time you want to do something a little different on your grill.  You could go nuts with all sorts of stuffing:  caramelized onions, blue cheese, jalapeno slices, sun dried tomatoes with feta..who knows, even tater tots?  What are some other ideas to stuff this guy with? 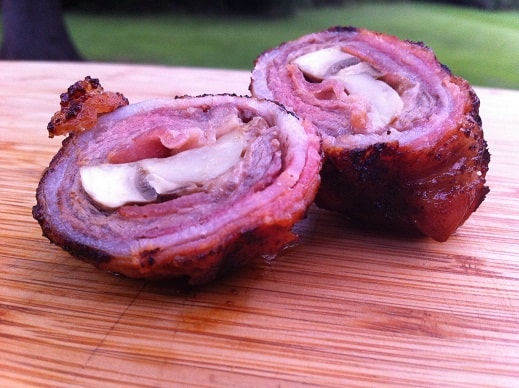