This recipe isn’t a full blown winner yet but I wanted folks to have a sneak peak at a project I have been playing with for a while.

Here is what I started with: 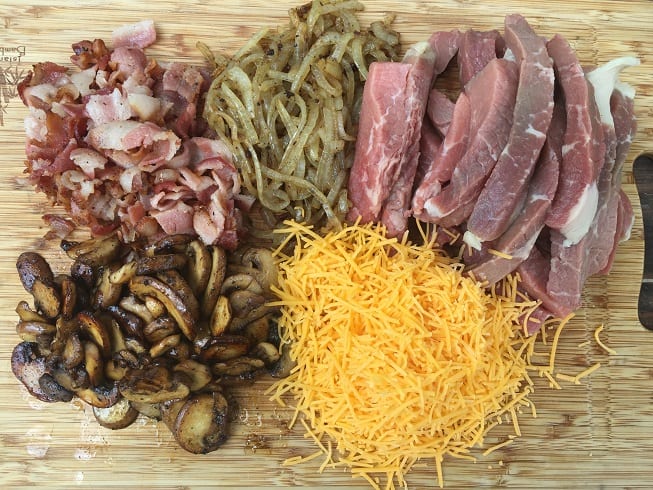 I got the party started by cooking the bacon in a cast iron pan.

I took the bacon out and added the sliced sweet onion to the bacon grease and cooked over low heat until the onions had softened and taken on some nice color.  That took about 10 minutes.

I removed the onions and then sauteed the fresh mushrooms with some salt, pepper and butter.  I let them simmer for about ten minutes and gave them little stirs every now and then.

I gave the cooked bacon a rough chop then combined it with the onions and mushrooms and threw them in the refrigerator to cool down.

While the other ingredients were chilling I seasoned the beef with a tablespoon of Worcestershire sauce and about a teaspoon each of salt and pepper.

I ran the beef through a meat grinder then combined it with the chilled onions, mushrooms and cheese and ran everything through the grinder again.

The combined mix got stirred with a paddle for about two minutes and was then formed into small logs. 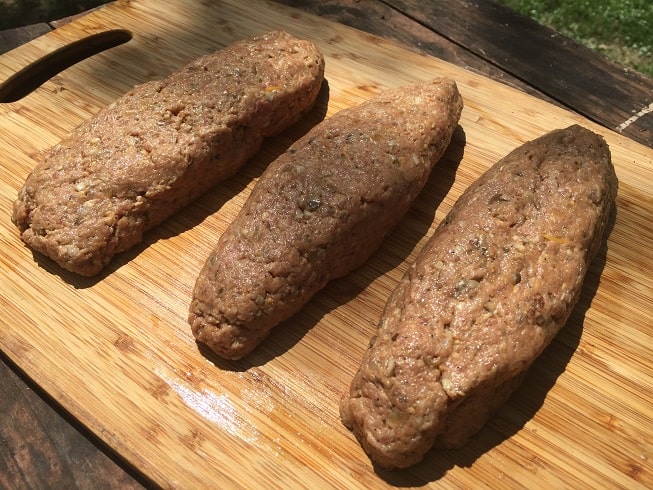 I dropped the logs into the barrel of an LEM Jerky Cannon and started making sausages! 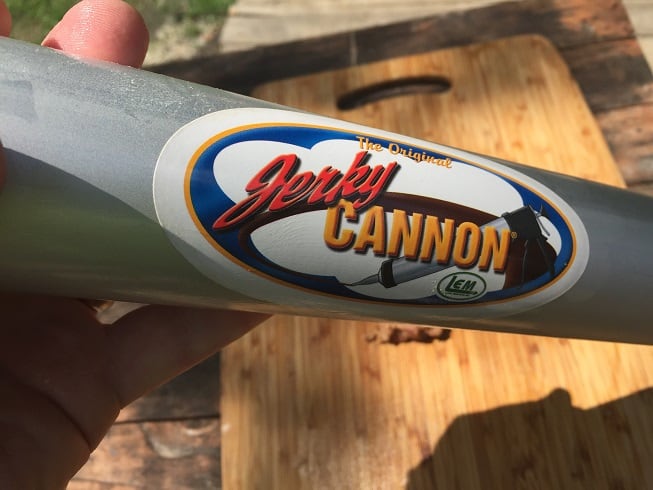 I really can’t tell you how much it makes me smile to simply say the phrase “Jerky Cannon”.

I wanted nice straight sausages so I used collagen casings and tied them off with twine. 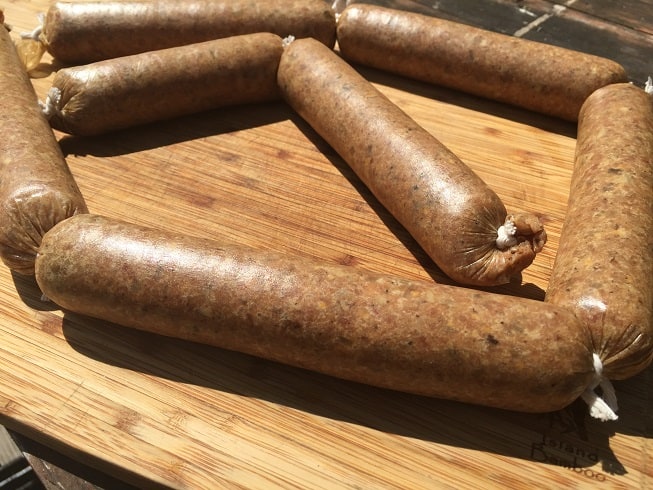 These got grilled up with indirect heat for about 25 minutes until they hit an internal temperature of 150F. 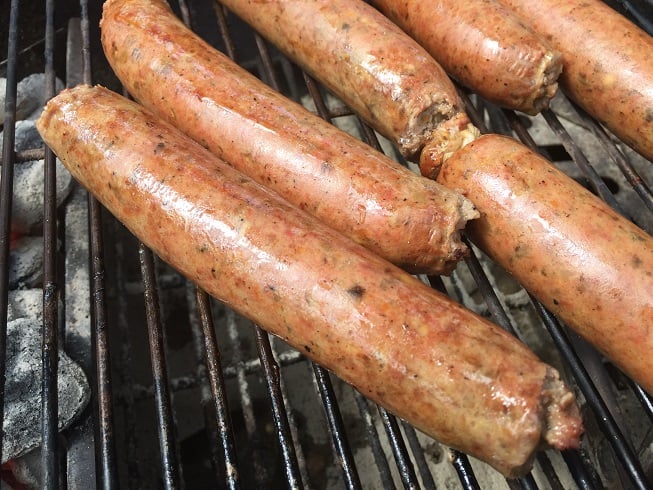 I put the Bacon Cheeseburger Sausages onto a simple bun and hit them with a line of yellow mustard.

If you use ketchup your dog will bite you. 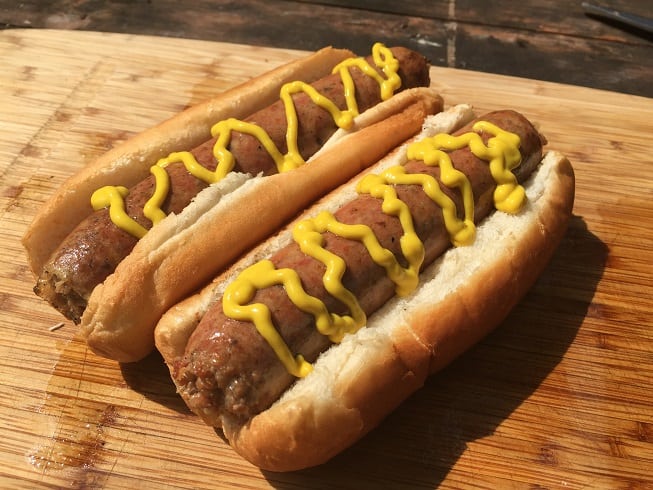 The sausages tasted great but could use a little tweaking.

I’ll probably up the cheese to two cups next time and might even get more aggressive with the bacon.

The biggest problem with the sausage is the grainy texture.  To really nail this thing I am going to have to incorporate some pork fat. 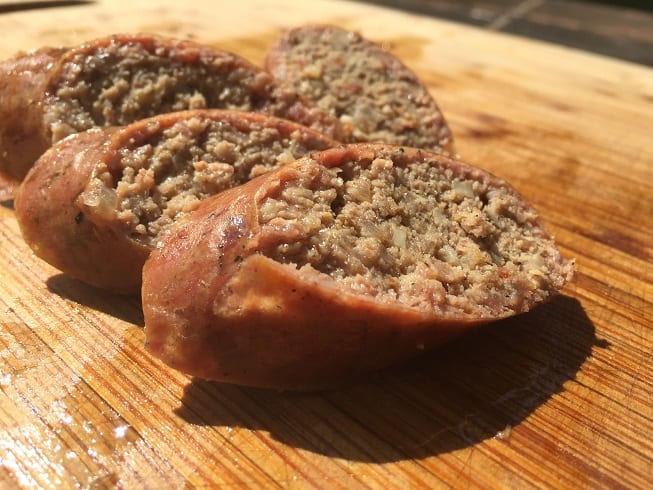 If you are looking for some gear to up your grilling game then let me suggest that you look into getting a meat grinder.  Having a grinder lets you get seriously creative with you sausage or burger recipes.

Now get out there and have fun grilling!